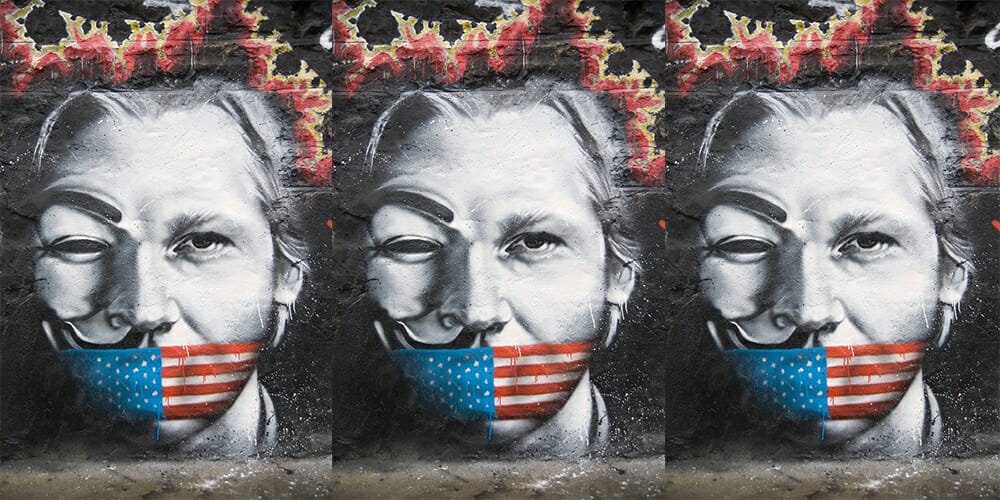 Julian Assange is an Australian Journalist, computer programmer and the founder and the director of International Publishing Organisation – Wikileaks. Wikileaks was founded in 2006 with an aim to reveal human rights violations, war crimes and corruption.

Wikileaks caught the attention of the world in 2010 with a series of leaked videos provided by Chelsea Manning. These videos included the Iraq war logs, Afganistan war logs, collateral murder and cable gate.

This  embarrassed the American Government, because its troops were found floating many rules of Geneva Convention and also a number of Human Rights Laws which forbid engaging in violence against civilians. After the 2010 leaks, The Federal Government of America launched an investigation into Wikileaks and asked allied nations for assistance in this regard.

In November 2010, Sweden issued an international arrest warrant against Assange on allegations of Sexual Assault and Rape which Assange denied and that they were just a pretext to extradite him to the US from Sweden.

Sweden later suspended their investigation in May 2017. Assange surrendered to the UK police in December 2010 and was released on bail after just 10 days. He breached his bail in June 2012 to seek asylum in Ecuador after his attempts to stop the extradition process failed.

He was granted asylum by Ecuador in August 2012 and stayed in a London Embassy of Ecuador for almost 7 years. His Asylum was recently revoked after a change in Ecuadorian government and a series of disputes with the present Ecuadorian Government. He was arrested by the UK police after the embassy invited the police in to arrest Assange on 11 April 2019.

He currently faces up to a year of jail term for breaching the bail and his alleged rape victim’s lawyer is making attempts to re open investigations on him in Sweden.

Why what happens to him is important

Like it or hate it Wikileaks daring journalism got the masses educated about the violation of human rights in war, corruption and mass spying on people by their governments. Journalism forever has been the voice of the weak and victims of the system. It is absolutely necessary to safe guard the journalistic freedom for the populace to stay informed.

They educated the populace of the government excesses, corruption and spying by government organisations.

Freedom of speech and right to freedom of Ecuador press are absolute pillars of any functioning democracy. John Oliver on his show The Late night show rightly puts it like this:

You are allowed not to like him, but America’s current attempts to extradite him hang on a specific charge that many press advocates find unsettling.”  he argued. “One, because journalistic freedoms may be under threat; and two, unfortunately, in order to protect them, we may be forced to utter the one phrase in the English language scarier than ‘Halloween Brexit,’ and that’s: ‘I’m really sorry, everyone, but it might actually be time to defend Julian Assange