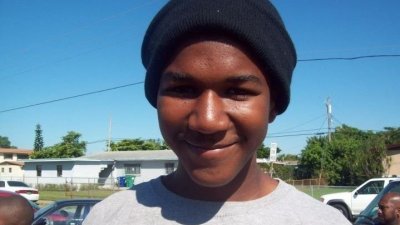 Trayvon Martin was a 17 year old teen who was gunned to death by George Zimmerman. What sparked the fire in this was the fact that, Martin was apparently innocent and was killed by a man who just believed him to be a threat.

Trayvon Martin was African-American. It was, in the end, the court’s verdict of George being innocent and the dismissal of all charges for Martin’s untimely death; that sparked the now, Black Lives Matter movement.

The legacy of Trayvon Martin

Fifth February this year, saw a lot of nods to late Trayvon Martin and evidently, the Black Lives Matter movement. Several celebrities from all walks of life had taken to twitter to express their sorrow over Trayvon’s death.

The incident, though six years old now, still remains fresh in the minds of his near and dear and to be frank the whole world. Martin’s family is in fact, still fighting for justice while Zimmerman walks free on the streets.

Rest in Power #TrayvonMartin, who should be turning 24 today. I keep this poster framed in my classroom, every young person who comes through learns his name & history of the century’s long fight to get justice for Black men murdered by white supremacy. #BlackLivesMatterAtSchool

When people ask me what white privilege is…. Imagine if this was a white boy in a hoodie with a bag of skittles who was just trying to walk home.

Martin was only 17 years old when he was shot and killed. Neighbourhood watch volunteer George Zimmerman was the man behind the trigger. The incident took place in Sanford, Florida back in 2012. Martin, on that fateful day, was an unarmed teen quietly making his way home. He was apparently carrying a bag of Skittles and a can of Arizona Watermelon Fruit Juice Cocktail.

It was at this time that his 28 year old killer approached him.
George in his defence said that Martin looked suspicious to him at the time. It was reported that Zimmerman pursued Martin despite being advised not to by a dispatcher. He followed Martin, and the rest is tragic history.
The man was later acquitted by the court of all charges in Trayvon’s death.

The struggle for justice

Sybrina Fulton and Tracy Martin, Trayvon’s parents fought long and hard for justice. In fact even today,they remain unshaken in their stance, pleading for justice to be dispensed in Martin’s death. Not just them, but the whole world and everyone who is aware of what happened to the Trayvon. In the year 2017, they released their book named, Rest in Power:The Enduring Life Of Trayvon Martin.

Which details the events and everything one needs to know first-hand about Trayvon Martin. The protests against the courts decision in acquitting Zimmerman continued through the seven years past the trial. In the light of Black History Month, it is in fact, something important to consider. Every life matters and we sincerely hope for justice to prevail. Rest in peace Martin!