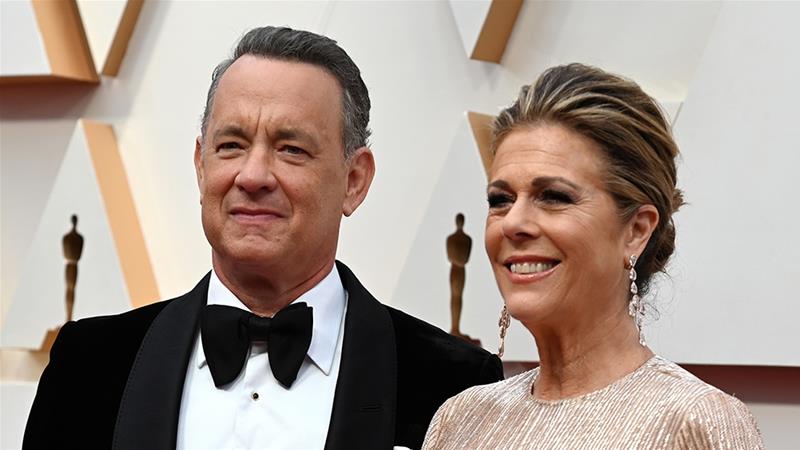 In shocking news that has rattled his fans worldwide, famous Hollywood actor Tom Hanks has revealed that he has been found infected with Coronavirus.

He made a heartfelt post on Instagram where he said that he and his wife both were found positive with COVID-19 infection. 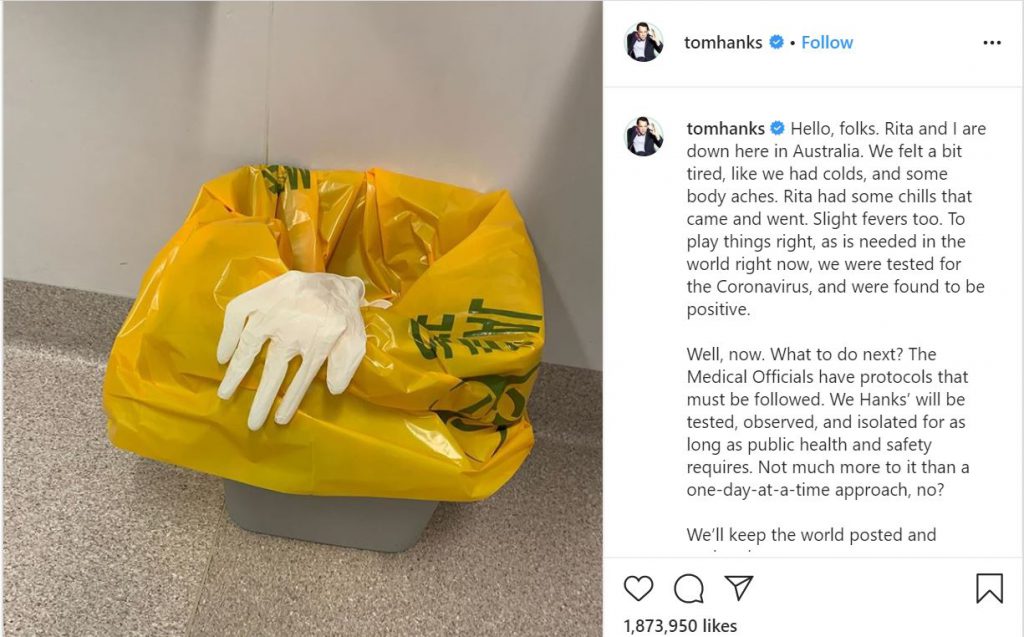 “We felt a bit tired, like we had colds, and some body aches,” Tom Hanks wrote in his post. “Rita had some chills that came and went. Slight fevers, too.”

To play things right, as is needed in the world right now, we were tested for the coronavirus, and were found to be positive.

How serious is the Coronavirus infection of Tom Hanks and Rita Wilson?

Tom Hanks did not really reveal anything particular about how serious the infection is. His post was almost optimistic and inspiring, urging people to take the virus outbreak seriously and take care of each other.

The only indication was given that he and his wife Rita Wilson will be quarantined for some time, probably two weeks.

It is yet unknown how the beloved actor and his wife contacted the virus.

We Hanks’ will be tested observed, and isolated for as long as public health and safety requires. Not much more to it than a one-day-at-a-time approach, no?

Hanks ended the post by saying “We’ll keep the world posted and updated” and “Take care of yourselves!”

Their son Colin Hanks is confident that the couple will recover

Tom Hanks is probably the most high-profile person to be found infected with coronavirus until now, and now he has become the face of the movement against the viral outbreak.

Tom Hanks and Rita Wilson’s son Colin Hanks has said that he is confident his parents will recover fully.

He’ll be fine…the dude survived being stranded on an island, Vietnam, and a failed moon landing.

Tom Hanks is known for memorable and beloved portrayals of characters like Forrest Gump, astronaut Jim Lowell, and the pilot Chelsey “Sully” Sullenberger.

Tom Hanks and Rita Wilson, both of them 63 years old, have been married for 32 years and represent a role model for healthy and beautiful relationships which are rarely seen in Hollywood. Their relationship is a remarkable contrast to the most celebrity couples of 60+ aged actors marrying actresses 30 years younger than them and lauding their predatory relationship as some sort of ideal relationship ie. noted figures like Quentin Tarantino and Alec Baldwin.

What is Tom Hanks doing in Australia?

Tom Hanks, 63, is currently in Australia with his wife Rita Wilson, where he is shooting for the Elvis Presley biopic in which he plays Elvis’s eccentric manager Tom Parker who groomed and shaped the pop star who was also known for his paedophilia and predatory behaviour towards underage girls.