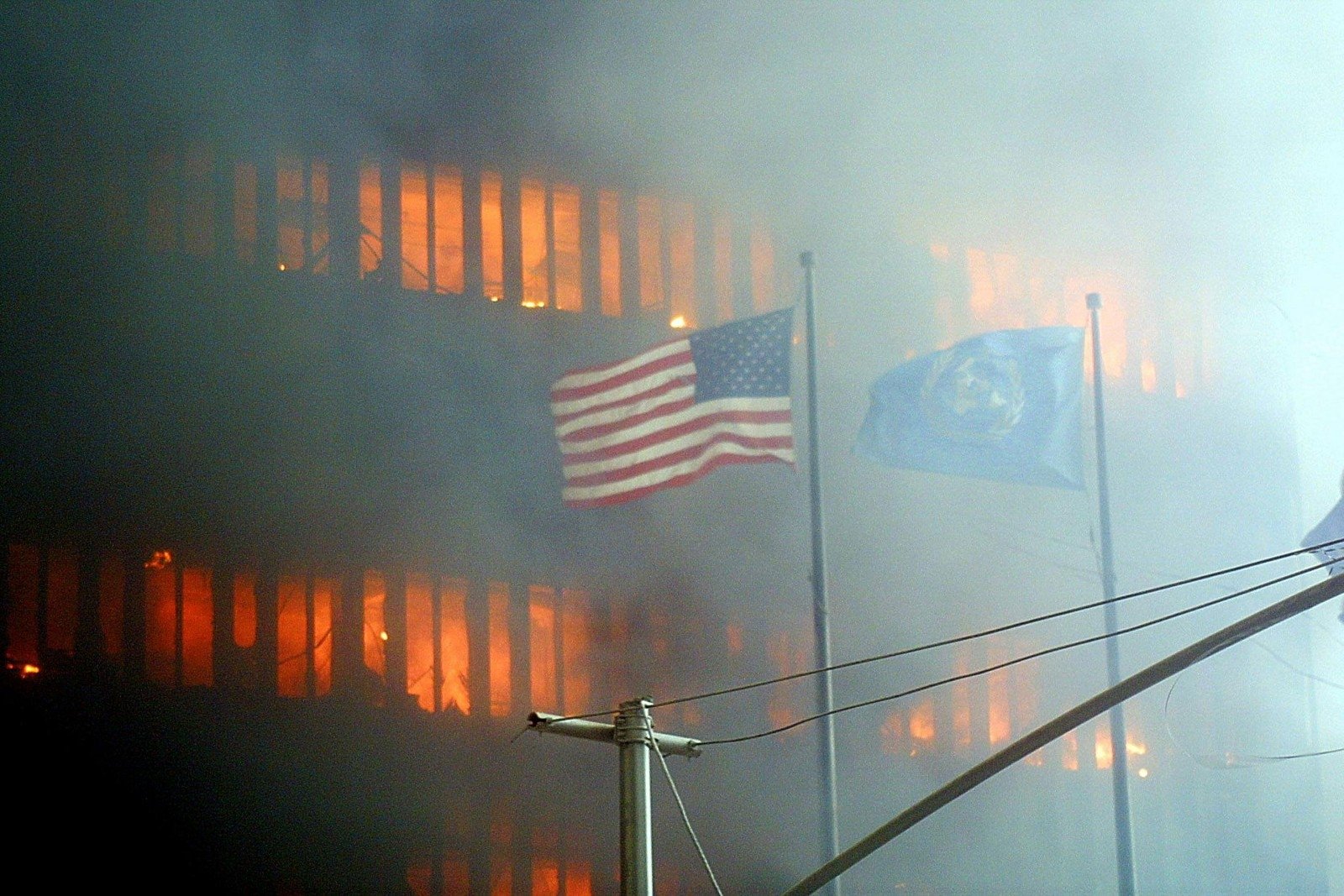 18 years ago, America witnessed the greatest terrorist attack that it has ever faced. The horrors and the trauma of the attack still linger in the heart of America and Americans – out of sight, but never out of mind.

Those who were present in the Manhattan on that day saw the travesty with their naked eyes, while the ones in the midst of it all did not survive to tell the tale. We bring you some of the rare photos that show you the whole disaster in ways you may not have seen before.

#1. Just a split-second before the second crash

A Photographer leaned out of his window after the first tower was hit, and little did he know that he’d capture this image – a split second before the second airplane crashed into the south tower. One cannot imagine the horror of the people who saw the airplane from the tower, a harbinger of death, headed straight towards them.

#2. People falling out of the tower

Some images just can’t be described, it renders one speechless. Without words. Without thoughts.

Thomas Nilsson got close enough to capture this terrifying and powerful image. Even our grandest constructions can be brought down, everything can crumble – in the face of hate and terror.

#4. NASA captured this from space

Plumes of smoke rose into the sky, and were seen from space. This image of blue ash and smoke blowing in the wind, was captured by a NASA satellite.

#5. It is sad that this picture exists

Someone – whom we will never know – someone, with dreams and hopes in their life fell to death and oblivion. All that remains in the world is the twinging pain in our hearts. It could have been any of us.

#6. All our symbols fail in front of devastation

The American flag and the UN flag flutter in the smoky wind and shockwave of the attack as the flames raze the towers to dust and ash in the background.

As both the towers crashed and fell apart into a rubble, unprecedented amount of dust rose that engulfed the entire city. In a very unsettling manner, this image looks like as if a smoke bomb has been smashed into a set of tiny toy buildings. How small, how fragile everything looks.

#8. Manhattan Bridge was overcrowded by people trying to escape

Once the towers crumbled and smoke filled the entire Manhattan, there was a huge swarm of people trying to get out of there. The way forward was fully packed, and some people tried to climb the sides and jump to the other side as can be seen in the center of the picture.

#9. Statue of Liberty, serene and still in the face of terror

A photographer captured the Statue of Liberty standing undisturbed, still and serene like it always has – as the destruction followed just across the waters. Perhaps as a towering symbol of hope, of sympathy in the face of horror – all essential constituents that juxtapose to form the concept of liberty.

For many months, the underground fires kept burning at the site of twin towers. People could smell the burning rubber, plastic, and steel. The smoke and dust floated through the air in a dangerous concentrations – giving people cancer, asthma, allergies, breathing problems. Hundreds of people died in the months that followed due to infections and diseases of the respiratory system.

#11. In this eerie photo, east coast looks like a skull

NASA released this photo of smoke as seen from the air, but the eerie part about this is that the part of east coast looks like side view of a human skull. An uncanny reference to death?

In the wake of devastation, this woman and her child sat atop a Brooklyn rooftop, as a symbol of love and innocence. And the photographer Alex Webb had the perfect caption:

Life continues in the face of disaster… despite the horrors we inflict on one another.

Shortly followed after were equally horrific and unfortunate wars in the middle east, where innocent lives have been lost – no less valuable, no less worthy of living. How many of us can see the loss and destruction of life of millions of voiceless people, whose tragedy is as human but never recognized? Despite decades spent in wars, terror still flourishes. Because we fail to inculcate a very simple maxim in our lives: “The war to end all wars will be won with empathy, not violence.”