Pictures of starving and malnourished lions from the Al-Qureshi Park in Khartoum, Sudan have gone viral as the internet rallies around to help them.

The lions have been having very little food and no medicine since several weeks now, and the only way to help them was to bring this matter to the popular attention which has already happened.

Food for lions is not just not affordable in Sudan anymore 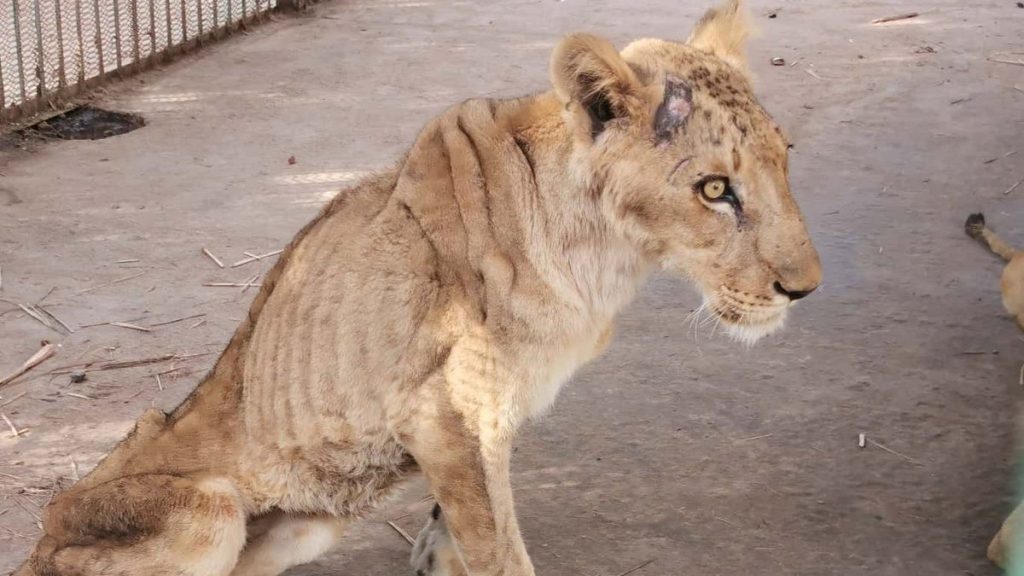 The country of Sudan is going through a huge economic disaster, and food prices there have become so high that even most people are finding it hard to make ends meet. 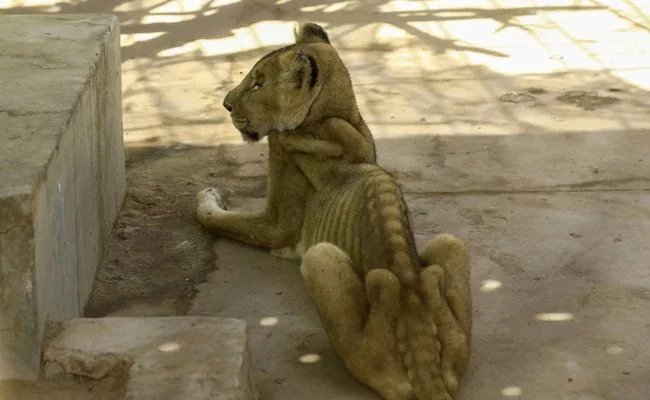 Osman Salih started a Facebook campaign to save these starving lions.

I was shaken when I saw these lions at the park…Their bones are protruding from the skin. I urge interested people and institutions to help them.

Manager of the Park, Essamelddine Hajjar, has issued a statement saying that the condition of lions has gotten worse during last few weeks, and they have lost almost 70% of their original weight.

Condition of the Park itself is getting worse with time 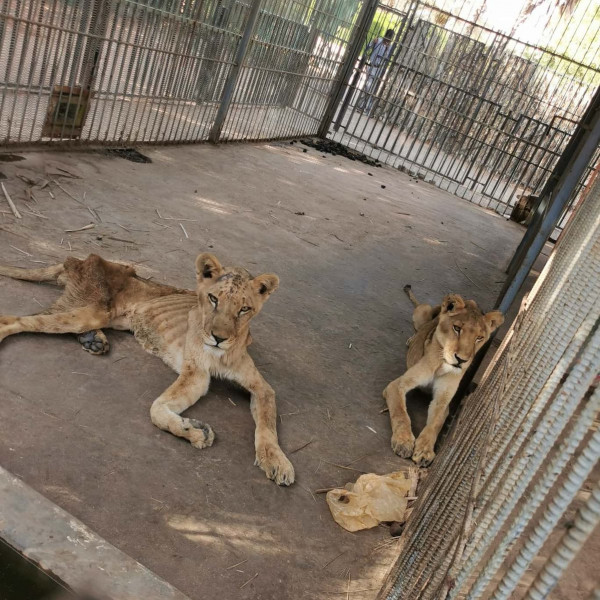 The Park officials also said that it was hard to afford food for animals as the government funding for them has been slashed down, and the Park itself is struggling to survive.

Food is not always available, so often we buy it from our own money to feed them. They are suffering from severe illnesses, and the overall condition of the park itself is also affecting the animals’ health.

Dehydrated lions are being given fluids through IV drips 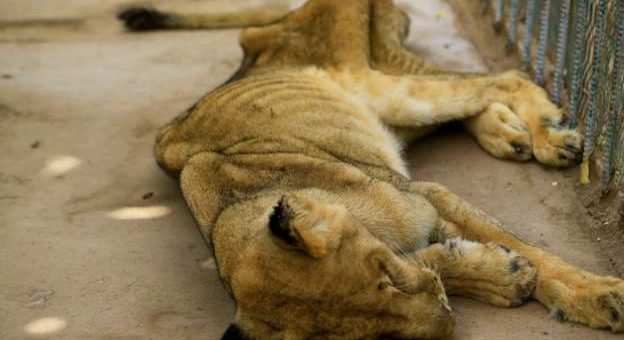 One of the lions was severely dehydrated and was being fed fluids through an intravenous drip, it also had to be tied with a rope as to keep it still. There were bits and pieces of rotten meat scattered around the cages, infested and covered in flies.

Moataz Mahmoud, one of the caretakers at the park said:

They are suffering from severe illnesses. They are sick and appear to be malnourished.

People visiting on Sunday noticed the pitiable condition of the lions 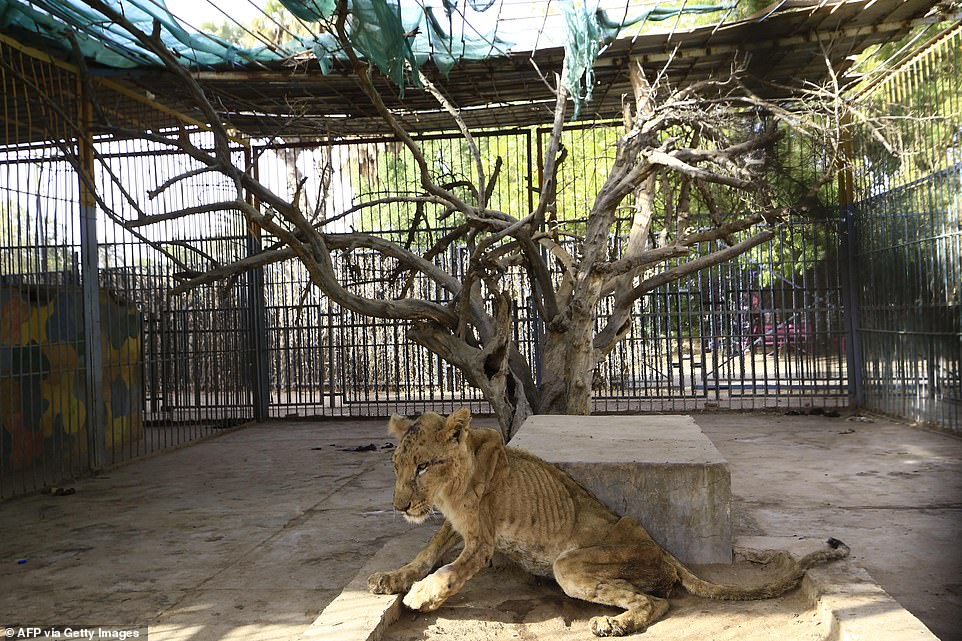 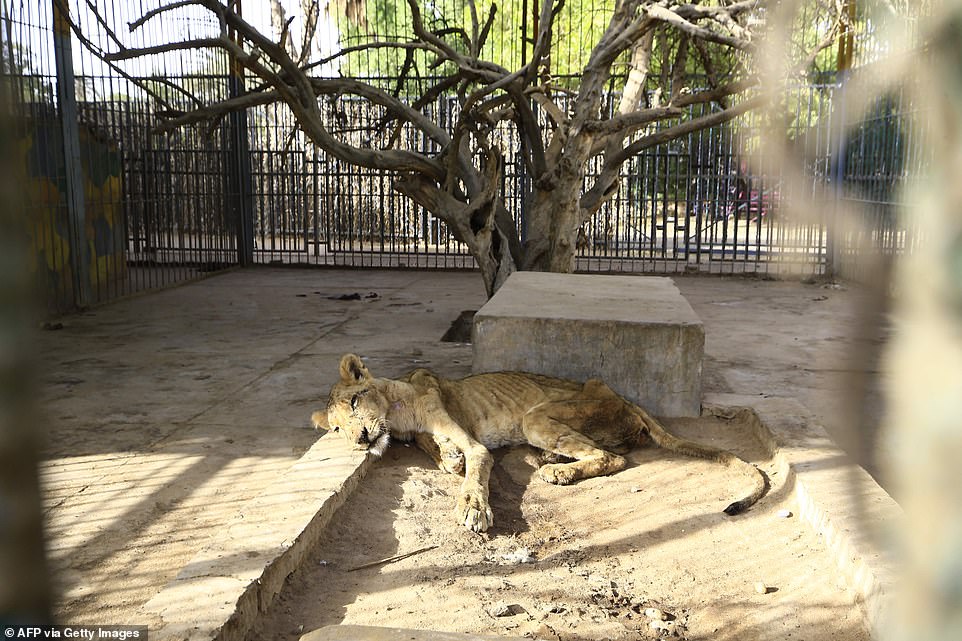 On Sunday, some citizens of Khartoum as well as some journalists were at the park and when they saw the lions almost on the verge of starving to death – the pictures went viral.

African lions are classified as a “vulnerable species” as there are only 20,000 lions currently alive in Africa – and their population as decreased by 45% in the last 20 years.