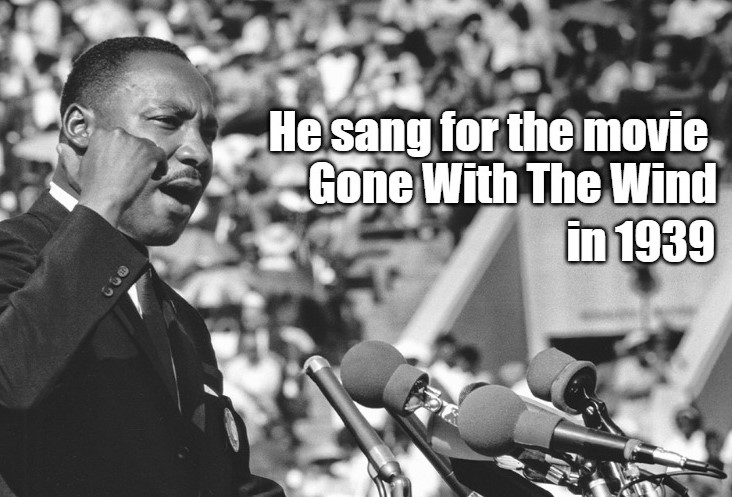 20th January is the Martin Luther King Jr. Day in America, and as we celebrate and honor his revolution for the rights of Black people in US – we also present you some of the most remarkable facts about him that show that he was far more remarkable than many people give him credit for.

His protests and organizing ultimately led to a revolution, and US Government was forced to pass the Civil Rights Act of 1964 and the Voting Rights Act of 1965 – a great step towards establishing legal equality for different races in America.

Known as one of the greatest orators in history, Martin Luther King Jr. had a dream of a society free of racial discrimination and injustice.

When in 1955, Rosa Parks refused to give up her seat to a White man on a Montgomery bus, and got arrested for her protest – Dr. King helped in organizing a public boycott that was his first major civil rights action. The boycott and subsequent agitation lasted for over an year, and during the time he was arrested and his house was bombed. Eventually, the boycott became successful and the racial segregation on buses ended.

In 1964, Martin Luther King Jr. was awarded the Nobel Peace Prize for his fight against racism and racial discrimination. At that time, he was just 35 years old – the youngest person of his time. His record was broken 12 years later in 1976 by 32-year old Mairead Corrigan and eventually by 17-year old Malala Yousafzai in 2014.

He received a check of $54,123 – all of which he donated to various organizations who were fighting against racial injustice in America.

During the period of 1957 to 1968, King traveled all over the US, visited many cities to support the civil rights protests. During these 11 years, he traveled more than 6 million miles and gave more than 2500 speeches – his most memorable speech being “I have a dream” speech on August 28, 1963.

He also took out the time to write five books during this period, despite traveling extensively and being part of many movements.

#3. He went to jail 30 times, and had 4 assassination attempts on him

As it happens in every fascist society: where the establishment brands people fighting for freedom and equality, as security threats to instill fear in the common public – Dr. King was declared a national security threat by the American police and FBI.

He was sent to jail 30 times, and he was nearly assassinated 4 times. Even the FBI continued to constantly put hurdles in progress and launched multiple investigations to keep bothering him.

#4. He is only the second American to have a national holiday in his name

Ronald Reagan signed a bill in 1983 that made 20th January a nationally observed holiday in America.

In the entire history of America, only two people have the honor of having a national holiday in their name – the first US President George Washington, and Martin Luther King Jr.

In 1964, TIME Magazine offered a tribute to Martin Luther King Jr. by awarding him the “Man of the Year” award – he was featured on the cover, there was a seven-page article about him inside, and also included were several photos from the most memorable moments of his career.

He was featured once before on the TIME’s cover as well, when in 1957 he started making his mark on the world as a revolutionary leader and an advocate of equality and justice.

#6. He had 20 honorary degrees from all over the world

He got his degree in sociology from Morehouse College in Atlanta, then he got a divinity degree from Crozer Seminary, and then his doctorate in theology from Boston University.

Later, as he started gaining fame and acclaim for his revolution – he was awarded 20 honorary degrees from universities all over the world.

#7. There are 900 streets in the US named after Martin Luther King Jr.

According to the Geography Department at the University of Tennessee, there are around 900 streets named after King.

Most of these streets were named to honor him after his assassination in 1968. And the number of streets named after him keeps increasing every year. Even many streets in Italy, and the state of Israel are named after MLK.

#8. He once sang for the movie Gone with the Wind

At the premier of the movie Gone with the Wind, Martin Luther King sang with his church choir.

#9. He was nearly assassinated 10 years before his death

In 1958, King was signing the copies of his book Stride Toward Freedom, in Harlem when a woman named Izola Ware Curry approached him. She asked him if his name was Martin Luther King, he said yes – and then she stabbed him with a letter opener in his chest, saying, “I’ve been looking for you for five years.”

The blade missed his heart only by a whisker, and just a minor difference could have killed him instantly. He went through several hours of surgery, and came out healthy and alive.

#10. His last speech was full of foreshadowing of his death

Just on the night before he was killed, King was in Memphis to give a speech for supporting the African American sanitation workers. He said he may not be there with this people to see the coming days of equality and justice.

Like anybody, I would like to live a long life. Longevity has its place. But I’m not concerned about that now… I’ve seen the Promised Land. I may not get there with you. But I want you to know tonight, that we, as a people, will get to the Promised Land. And I’m happy tonight. I’m not worried about anything. I’m not fearing any man. Mine eyes have seen the glory of the coming of the Lord.”

#11. His mother was also assassinated by a gunman

In 1974, six years after the death of Martin Luther King, his mother Alberta Williams King was also shot and murdered by a gunman. The gunman said that he considered all Christians as his enemy, and he had a “divine message” telling him to kill King’s father Martin Luther King Sr. But since he found Mrs. King first, he shot her instead.

He was given a death penalty, but King family requested to pardon him and his death sentence was changed to lifetime imprisonment.