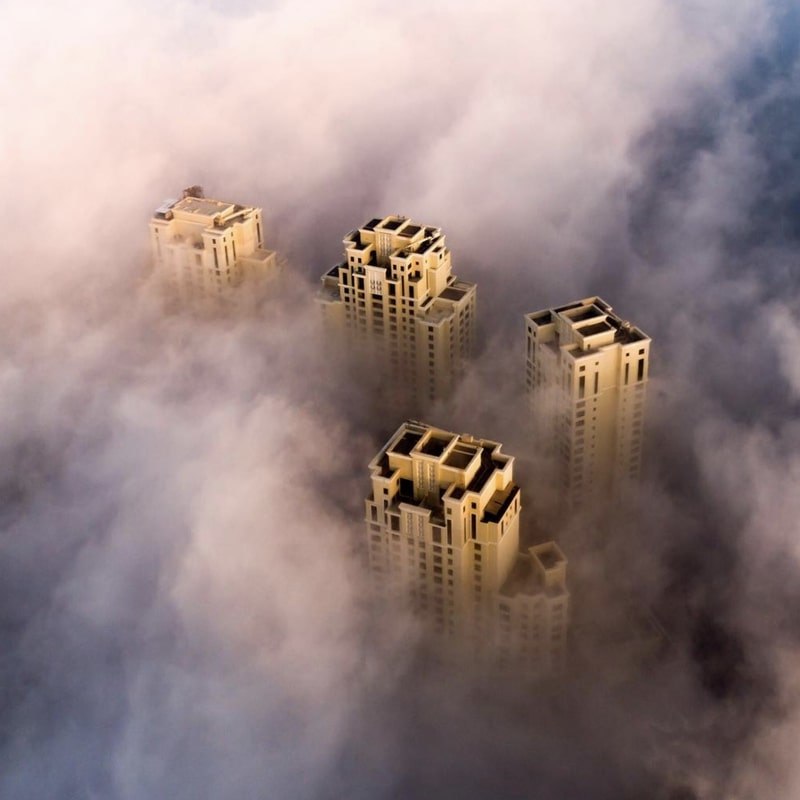 Our world is filled with wonders, and probably a lifetime of million years will not be enough to see and appreciate all of them.

Even ordinary things from our cities and towns and beaches pack wonders within them. You just need to look at them from a new perspective.

We brought you 11 most stunning photos that show you the world like you have never seen before.

#1. Shanghai, China: The tallest building with its head above the clouds

The curving Shanghai Tower photographed from above as misty clouds hover at its neck.

#2. Vienna, Austria: A medley of colours

Vienna in Austria is known for its unique architecture of bold designs, bright colours, and sharp geometric patterns. They take a whole new look when viewed from above.

#3. Sydney, Australia: A swarm of boats

In Sydney, as the waters of the Pacific ocean kiss the shore – a huge family of boats are seen floating together like tiny specks or a school of fictional overwater fish.

A muddy river trickles into the sparkling green ocean, while the arm of white sand forms a sort of dam.

#5. Trang Province, Thailand: Just one type of tree throughout

A lush, bright green forest of mangrove trees growing and flourishing in the Trang Province of Thailand.

What looks like a fragment of a beautiful sky is just the Haller Lake in Seattle, surrounded form all sides by scores of houses and trees.

If a racing event of giant snakes were to take place, this winding and coiling Lombard Street in San Francisco, California would be the ideal place.

Captured in Dubai, this image is a testimony to human spirit – and a challenge to the mythical God who once threw people off the Tower of Babel. No more throwing will take place now, and the towers have penetrated the white veil of the heavens.

The winding highways and passageways of downtown Los Angeles present a hypnotic picture in this long-exposure photograph.

This photograph of a repititive construction plan might be called utopian or dystopian, depending on how you think about it. There is remarkable symmetry, but also monotony and a literal lack of ingenuity in this plan.

The bubbly bright red of a hot air balloon glows in the golden sunlight, as it floats above the brick roofs of this quaint and beautiful city. There is something about the old-age European cities that makes them so damn beautiful to look at.