12 Safest Places To Escape and Live, If World War...

As the Donald Trump and the American oil-military complex have gone bonkers (yet again) and decided to go on a full-fledged war on Iran, it may as well take us all down into the third world war.

To state a simple fact that has been missed by most people, the US has unleashed war on Iran just to break down the oil trade of Iran and to help Saudi Arabia safeguard their monopoly on oil trade. Surprisingly, USA does not want to bring “freedom” and “democracy” to Saudi Arabia that is the most dystopian hellhole on planet Earth.

Rest assured, there is almost certainty that war will strike in 2020, and this might as well be the world war three since Trump has promised that he will launch more missiles on Iran, and he has also started openly threatening Russia.

Fortunately, there are places on Earth which are safest in the world as they are never involved in war, and they have a good quality of life – so you can definitely sneak to these places.

Ireland is not a part of the NATO alliance, so it always stays out of any kind of war or international conflicts. They also have military neutrality, and if they have to go into war – it needs to get approved by United Nations, the government, and even the legislature.

Other than that, Ireland is a prosperous country with superb quality of life. There is a good chance here for surviving a lifetime even when the world is at war.

Switzerland has been a neutral country for more than 200 years, and they have not gone to any war since then. Switzerland is also surrounded by mountains from most sides, which makes it quite safe against any kind of foreign invasion.

Despite being surrounded by Germany, France, and Italy – which are countries quite often at war – Switzerland is safe from all that only because of the high mountain ranges which protect the people from any kind of danger.

Slovenia successfully stayed out of both the world wars in the past, and it will stay out of the third one as well. Slovenia is completely self-sustained in terms of power sources and industry that it doesn’t need to keep any contact with any country to survive.

If the world war ruins most of the world, Slovenia can sustain on its own.

Most of the islands in Pacific are quite safe, not just because they are quite far away from any kind of continents but also because there is nothing on them of military or industrial value for which wars are fought.

These islands are perfect place to stay during a global war, and you can sustain yourself on fishing, farming and clean underground water. The population there is small, and most people there make their own goods so it’s quite self-sustained. 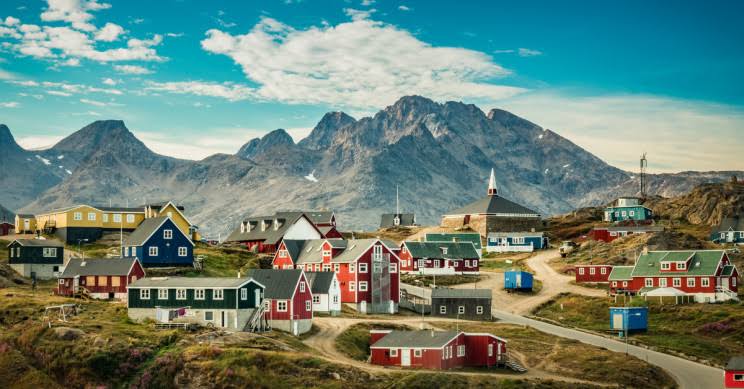 Greenland is a beautiful spot away from Europe, Asia and the blazing USA – and it has beautiful climate, fertile lands, amazing wildlife, great fishing locations and abundant food.

Also, Greenland is politically neutral and stays away from all conflict.

Portugal is ranked third in Global Peace Index, and has extreme political and social stability. It also stays out of all international conflicts, and takes good care of its citizens.

Not to mention the good quality of life that you could live in Portugal while having fun with their dances and music and Football.

New Zealand is another one the safe havens – not only it is far away from all the war zones, it is also completely self-sustained. This country has lush fertile lands and produces hydroelectric power – so it can survive even when the rest of the world blasts itself to kingdom come.

New Zealand is also politically and socially stable, with a strong democracy and good moral values. It stays out of war, and even in the case that conflict ever comes to New Zealand – the mountains here provide perfect shelter.

Canada is one of the most peaceful countries with a stable democracy and good citizens. It stays out of trouble unlike its troublemaker neighbour USA.

Canada is rich in mineral sources, has a good industrial infrastructure, farming and fishing flourish here – so you’ll be comfortable, and will have plenty to eat.

Iceland is the most peaceful country in the world, and it’s the best place for hiding yourself since it is quite far from all the war-raging countries such as USA and Saudi Arabia. So it will never be a target for any country.

The country offers a peaceful and quite life surrounded by mountains, and you can engage in fishing and cattle-rearing to get nutritious and delicious food.

South Africa is a smart nation that knows how to stay out of all the drama and war started by the USA. And it is a nation full of diversity and prosperity, so you can have a comfortable stay here because the world war will never reach here.

A quaint little nation surrounded by the Himalayas, Bhutan is a secluded green haven. Bhutan does not engage in any political conflicts with any nation, and is largely a self-sustained country based on agriculture, farming and small industries.

It is one of the most peaceful and natural places on Earth.

Located on the Pacific coast of South America, Chile is a safe and sound place that is also shielded by the Andes mountains. Any conflict or even a fallout of war is extremely unlikely to reach here.

Also, Chile is one of the most prosperous and stable nations ever, ever since it made a transition to socialist democracy in 1990. So you will have a quite remarkable life here.