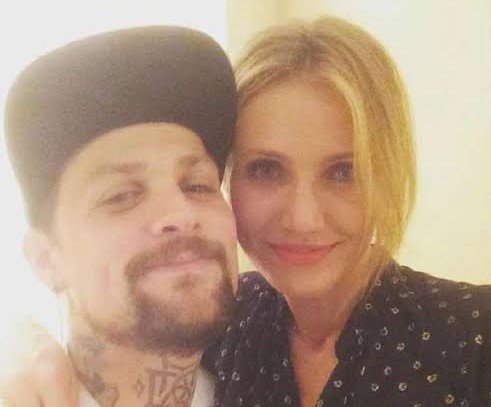 Hollywood star Cameron Diaz might have retired from doing movies, but now she is back in the limelight again. Yesterday on Instagram, Cameron announced the birth of her first baby with guitarist Benji Madden, this all happened without any media or paparazzi even getting a sniff till now.

But the good news aside, the unusual name of the baby is what’s keeping people in bewilderment.

While Cameron announced to her fans that she has become a mom, she said that the couple won’t be sharing any pictures of the baby due to privacy reasons. However, they confirmed that the baby is “really really cute.”

We are so happy, blessed and grateful to begin this new decade by announcing the birth of our daughter, Raddix Madden.

“She has instantly captured out hearts and completed our family,” added the couple.

Cameron Diaz and Benji Madden had tied the knot in 2015

Cameron, who was highly successful during the 1990s and early 2000s, confessed that she has retired from making movies and now she is practically doing nothing after a string of movies in 2014.

She got married to Benji Madden ini 2015, and the couple has been together since.

What’s unusual about the baby’s name, though?

The couple has announced that their baby’s name would be Raddix Madden. Which has been considered unusual and inventive by a “celebrity experts” and “celebrity analysts” – they say that this is a common trend among celebrities to keep unusual names for the children to make it stand out.

It is said that adding -x at the end of a name makes it stylish and gender-neutral in the lieu of changing social climate of the world.

Cameron even piqued the interest of her fans with a sweet joke about her daughter’s name:

We won’t be posting pictures or sharing any more details, other than the fact that she is really really cute!! Some would even say RAD 🙂