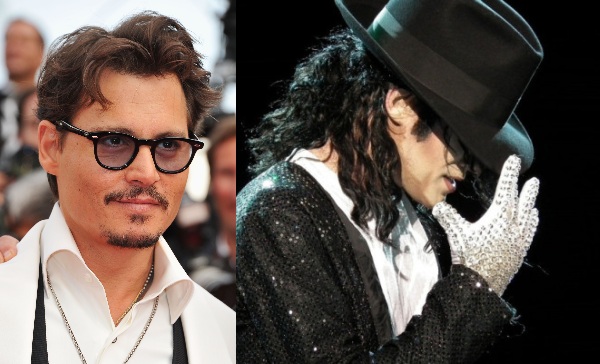 After the mounting success of biopics on Freddie Mercury and Elton John, we will be seeing another biopic about another superstar from the world of music.

Johnny Depp is financing and producing a biopic about Michael Jackson, and everything about this story along with the director’s approach to the story is creepy and sure to give us shivers.

The story says that every wrong thing that Michael Jackson ever did on his life was because of his famous white glove, the glove was the real culprit.

“Michael Jackson’s glove made him do terrible things”

Titled as “For the Love of a Glove: An Unauthorised Musical Fable About the Life of Michael Jackson, As Told By His Glove“, the whole story revolves around the idea that Michael Jackson’s white sequined glove made him do terrible things.

The story is told from the perspective of Jackson’s glove which has all-singing, all-talking capabilities.

The writer Julien Nitzberg says the story is “a fresh, revisionist look at the strange forces that shaped Jackson and the scandals that bedevilled him”.

Michael Jackson sexually harrassed children for the sake of his glove, the writer wants to show

In this bizzare and outlandish story, Nitzberg tries to address the accusations of child abuse against Jackson.

“I’m known for writing a lot of biopics,” he told Page 6. “A major TV network wanted me to write a [Jackson] movie… but the question came up [about] how to deal with the child-abuse allegations.”

Then Nitzberg proposed the idea:

Everything MJ has been accused of has actually been caused by his glove, which is actually an alien from outer space and feeds on virgin boy blood.

The TV Network did not like it, and asked Nitzberg to take his business elsewhere.

On the other hand, Nitzberg says that he “turned down a really big paycheck” because he wanted to stay true to his version of the story that has taken him 17 years to reach this stage.

Jeez, 17 years to create a story and this is the best he could come up with?

How exactly is Johnny Depp involved in this?

After being rejected, Nitzberg didn’t get any financing from anywhere else to film his bizarre story. Then he come across Johnny Depp’s production company Infinitum Nihil, and the project was started.

The production of this story is about to be completed and it will premier on January 25 at the Carl Sagan and Ann Druyan theatre in Los Angeles.

There is also a serious Michael Jackson biopic in the works

Wise choice for any viewers would be to complete ignore this creepy musical about sexual assualt glove, because a serious biopic is in the works.

Bohemian Rhapsody producer Graham King has acquired the rights to make a proper Michael Jackson biopic, that will be released somewhere in the mid of 2020.