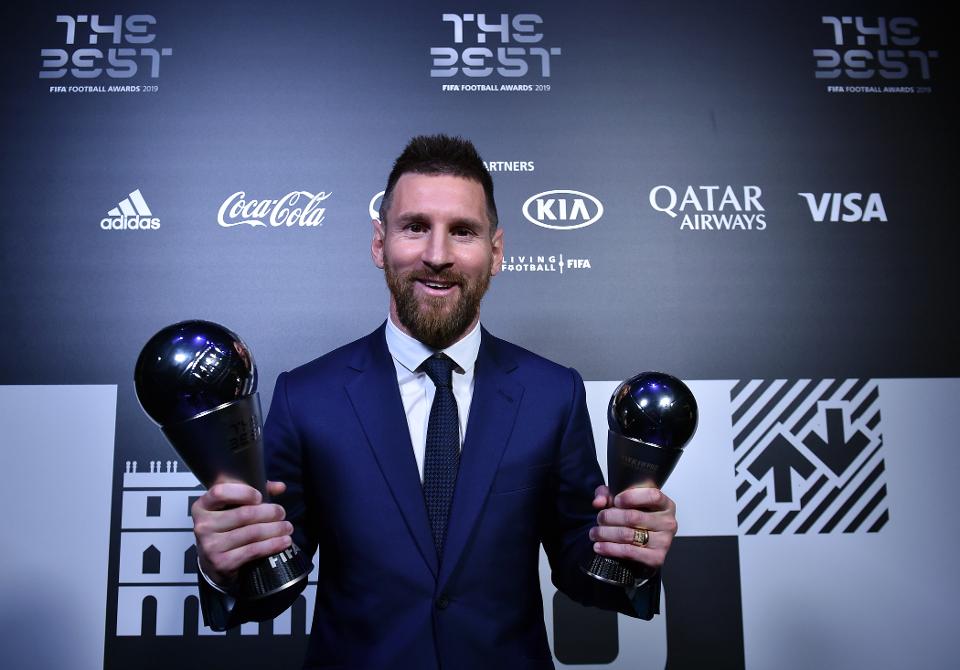 Lionel Messi just doesn’t seem to stop making records. On Monday, he won the FIFA Best Men’s Player Award yet again, and that is his 6th time ever since the awards were started in 2008. In fact, so great has been the dominance of Messi and Ronaldo, two greatest footballers ever to grace the game, that only these two have been winning the award since 2008. The streak was broken only last year by Luka Modric.

This time as Messi won it once more, there has been a spurt of controversy as Cristiano Ronaldo chose to stay off from the ceremony and then posted a vaguely philosophical post on Instagram.

On the other hand, Paul Merson is livid and calls the whole award thing a joke.

Messi’s win over Virgil Van Dijk is surprising to many

FIFA award for best player is decided by voting by captains and the managers of each country who can make three selections each – first place is worth five points, second place for three points, and third place gets one point.

Messi picked Liverpool’s Sadio Mane at the top, and kept Ronaldo at the second. But Ronaldo didn’t vote for Messi, in fact, he didn’t even keep Messi in his top three choices.

Eventually, Messi was able to edge out Juventus star Virgil Van Dijk and Ronaldo, as he got 46% of the votes while the other two were at 38 and 36 per cent.

This win came as a surprised to many as Dijk was considered the favourite to win the award this time since he had already gotten Liverpool to win the Champions League and took Netherlands to UEFA Nations League finals – both great feats considering he had to amp up the whole team to turn them into champions. Dijk was also awarded the UEFA Player’s award last month.

Paul Merson is furious, asks what more does Dijk need to do?

Paul Merson was on The Debate, and he was fuming:

What does Van Dijk have to do? He took the Netherlands to the Nations League final and he’s taken Liverpool to another level. If the coach is getting the manager of the year, how is the player not getting the best player?

He was dismissive of Messi, and said that Messi has done what he does every season and he didn’t do anything out of the ordinary:

He hasn’t taken Barcelona to another level and won them the Champions League. You win it because you’ve done something special, which Van Dijk has done.

Merson even slammed the awards, calling them out for overcompensating for giving it to Ronaldo in 2016 and 2017:

Messi won it because for two years, Cristiano Ronaldo won it and last year, Luka Modric won it. Now they’ve got to give it to Messi.

Ronaldo skipped the ceremony and went philosophical on Instagram

Cristiano Ronaldo perhaps knew he wasn’t going to win so he stayed put, sat at home, and went on a vague philosophical rambling on Instagram which can be translated into English as follows:

Patience and persistence are two characteristics that differentiate the professional from the amateur. Everything that is big today has started small. You can’t do everything, but do everything you can to make your dreams come true.

And keep in mind that after night always comes dawn.

Take his particularly odd and vague post in the context that earlier Ronaldo was interviewed by Piers Morgan where he said he wanted to win more personal awards than Messi. Now Messi has outdone him in FIFA Best Men’s Player Award count, and Messi has a chance to outscore Ronaldo in winning Ballon d’Ors in the coming December where they both are level, till now.

Should we consider this post by Ronaldo as some sort of pep talk he is giving to himself? Way to go, bud.

Megan Rapinoe, beat fellow World Cup winner Alex Morgan and England’s Lucy Bronze to clinch the award. She won the Golden Boot for being top scorer and also the Golden Ball for being the best player at the World Cup

She has been known for her inspiring and powerful persona that is a refreshing sight to see in any field of popular entertainment. She encouraged people to come forward and do their part in making the world a better place, and that football provided a platform for everyone to do exactly that. She stated:

“To all people here, Lend your platform to others, lift them up, share your success,” she also added.

Here’s a list of all the winners at FIFA Ceremony: