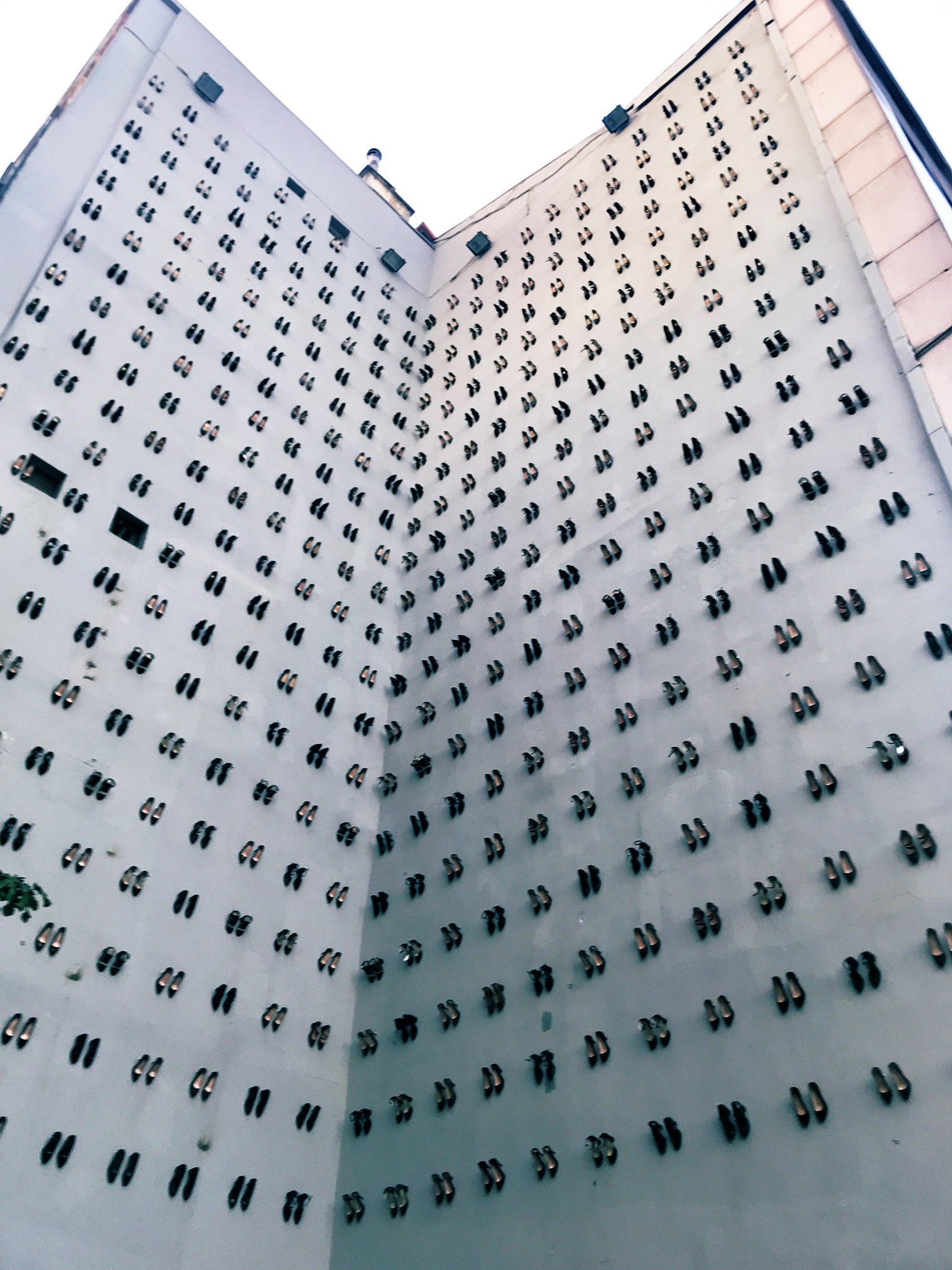 One of the most horrific, yet unaddressed problems of the world is domestic violence. According to a report by WHO, 94% victims of domestic violence are women, and women worldwide are more likely to die by the hand of an intimate partner rather than by disease or accidents. Yet, this is a horrific truth that is kept out of our conversations.

Turkish artist and graphic designer Vahit Tuna decided to commemorate the 440 women who were killed by their husbands last year in Turkey.

In Turkey, when people pass away, their shoes are placed outside the house as a symbol of mourning. This building in Istanbul, Turkey showcases 440 pairs of shoes hung up on the walls – in the memory of those 440 women.

In the memory of women who were killed by their husbands

In Turkey, about 40% of women have reported domestic violence by their husbands or boyfriends. Worldwide, the reported cases are about 35%, meaning 1 out of 3 women suffer physical and sexual violence by an intimate partner. 38% of women’s murder are committed by a male partner. One-third of women all over the world report being physically or sexually assaulted by their husbands. (data source: WHO)

And that’s just the cases which are reported, a majority of incidents are not reported due to family and social pressure in the most backward cultures of Middle-East and South-East and South Asia. 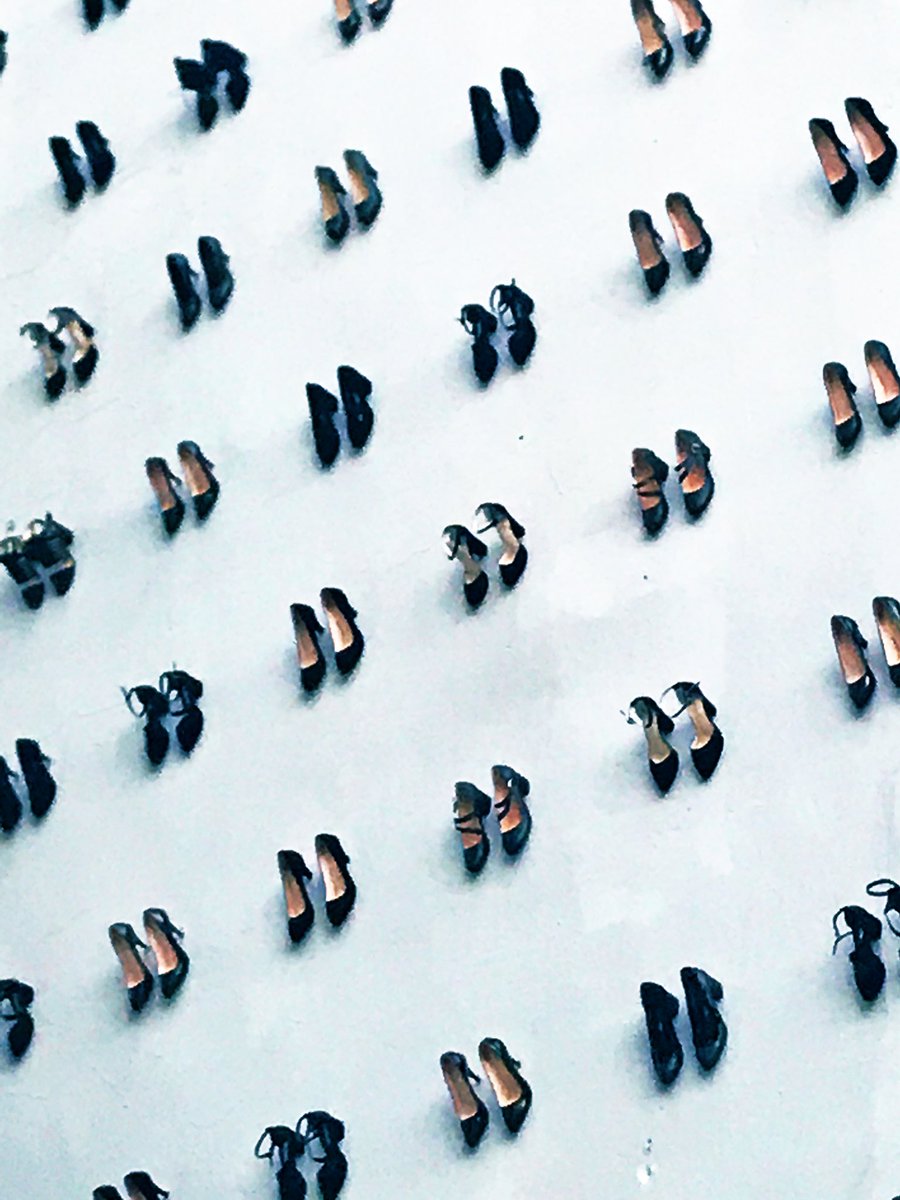 Vahit Tuna said the shoes on the wall never belonged to the women, but are used as a cultural gesture of placing people’s shoes outside the house after they pass. He said he chose high heels for aesthetic reasons, but then later added that he also wanted to showcase feminine power and independence he wishes all women had. High heels were used as a symbol of women being employed and therefore having financial independence.

The contradiction here is that most women all over the world are already employed in the most extensive form of labour that is unorganized, unrecognized and unpaid – house work. Silvia Federici in her book Revolution at Point Zero talks about how if we begin to address house work as a work sector where women face hazardous work conditions 24 by 7, without payment, without vacations, without insurance – it will actually change the conditions of most women who are already working, just not paid.

Artist wanted to create something that cannot be ignored 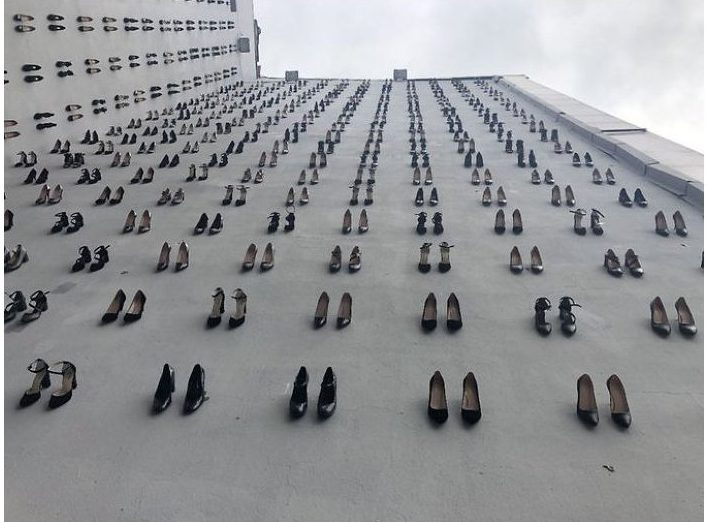 Too often stories of domestic violence pop up in news, and then immediately forgotten to make space for the fresh horrors that keep coming everyday. Most stories of violence and abuse don’t even make the news as we have grown accustomed to seeing them as events that are too commonplace.

Vahit Tuna wanted to create art that is powerful and large-scale – that when you see it, it grabs you by the shoulders and shakes you out of your reverie.

The 440 shoes will stay here for 6 months

One of the most important things to know is that domestic violence is not just done by an intimate partner. In societies and cultures where a joint family is the norm, women do get abused by the entire family of their own and their husband’s.

Also, this violence is not just physical but also emotional, sexual, and psychological. Lundy Bancroft writes in her book Why Does He Do That?: Inside the Minds of Angry and Controlling Men:

“One of the basic human rights he takes away from you is the right to be angry with him. No matter how badly he treats you, he believes that your voice shouldn’t rise and your blood shouldn’t boil. The privilege of rage is reserved for him alone. When your anger does jump out of you—as will happen to any abused woman from time to time—he is likely to try to jam it back down your throat as quickly as he can. Then he uses your anger against you to prove what an irrational person you are. Abuse can make you feel straitjacketed. You may develop physical or emotional reactions to swallowing your anger, such as depression, nightmares, emotional numbing, or eating and sleeping problems, which your partner may use as an excuse to belittle you further or make you feel crazy.”

Unfortunately, the perpetual war against women continues in the form of violence and abuse.

One can only hope that this memorial is what would bring it to light and into open discussion.