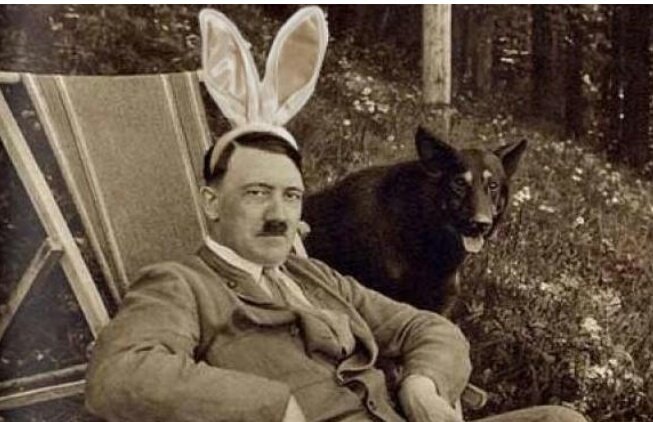 Human history is a strange tapestry of events – and most of them do seem unreal in some other time. The stories of the events change and get distorted as they pass through the centuries. Some of them are vanished and forgotten. Some of them are just plain hilarious, some of them are gruesome. Some of them seem so bizarre in the changed times.

Here is a list of 14 strange historical facts that most people don’t know:

#1. The Pope was responsible for the plague that killed half of Europe

In the 13th century, Pope Gregory IX declared that the black cats were evil and satanic. So the Vatican waged war against black cats, releasing orders and decrees all across Europe to kill the black cats. Now, this led to the rise in population of plague-carrying rats in the coming years, and that – led to the deadly epidemic of plague that killed as many as 200 million people.

#2. Ketchup was sold as medicine

In 1830s, an Ohio doctor named John Cook started selling ketchup as the cure for indigestion and then that’s how people used it till the late 19th century. After that, people started selling it as a condiment and now here we are – in the 21st century, just the Americans buy 10 billion ounces of ketchup every year.

#3. Men forced muzzles on Women to stop them from talking

In the 17th century, men invented this muzzle called scold’s bridle that would go around the head and contained spikes to be fitted into the mouth – making speech impossible. So whenever men didn’t want to listen to a woman’s opinion or her views, or were just offended by her criticism of their behaviour – they would force the woman into the muzzle. The lengths men have gone to subdue women and shut their voices, is just appalling.

#4. Revolutionary War of 1776 didn’t have airplanes, but it did have submarines

Sorry, Donald Trump. The army did not take over the airports in 1776. Because airplanes didn’t exist back then! Wacko! I know. Although David Bushnell designed a combat submarine called Turtle in 1775. They wanted to attack a British ship, but the Turtle failed against the current so the mission had to be aborted.

The greatest defeat of Napoleon is not Waterloo but another one that happened way before that. Once he requested his soldiers to assemble some bunnies for hunt, and they brought before him 3000 rabbits locked up in cages. Once the rabbits were released from the cages, they did assemble to attack, and handed Napoleon’s ass back to him that evening.

#6. Eating with forks was considered offensive to God

There was a time when forks were considered artificial hands and the tools of the Devil. It was considered satanic and offensive to God to use forks while eating. Bleh. Religious dogmas are ridiculous but we as people realize it only when it’s back in the past, isn’t it?

#7. Hitler, Mussolini, and Stalin were nominated for Nobel Peace Prize

Nobel Committee has this rule that any judge, national legislator, or professor can nominate who they think is deserving. But what can we say, airhead fascists of the new age – Donald Trump and Narendra Modi have also been nominated for the Nobel Peace Prize. My surprise here is that someone actually thought that these three were deserving at all. You have to probably go ahead with the idea the nomination doesn’t matter much.

Speaking of fascism, get a load of this: US Government had prohibited alcohol and when people continued to consume it, the government decided to run a “federal poisoning program” which killed 10,000 people by the end of prohibition in 1933. Saving people from getting drunk by poisoning them, the American way?

Time for a good story, isn’t it? This poem is known and sung by kids all over the world but how many of you knew that this poem is based on a true incident? Mary Sawyer was an 11-year old girl who had found a starving lamb and nursed him back to health, and then the lamb followed her everywhere she went – to school as well.

Another cool fact, when Thomas Edison and Graham Bell were separately experimenting with recording devices, they both sang the same poem – Mary had a little lamb! How’s that for a beautiful co-incidence?

#10. The first light bulb was invented 40 years before Edison

By now, it’s common knowledge that most of Thomas Edison’s patents were stolen, appropriated, and hacked from others. But, consider this: even the light bulb which is considered his greatest invention, wasn’t actually his. The first light bulb was invented in 1840 by Warren de la Rue, who was a British astronomer and chemist.

#11. Abraham Lincoln was a champion wrestler and a licensed bartender

In 1833, Abraham Lincoln opened up a bar called Berry & Lincoln with this friend William F. Berry. But Berry turned out to be alcoholic and drank up most of the supplies so the bar had to be closed. Before that, he was an elite wrestler who won the country’s wrestling championship, and he lost only one match out of 300 that he played! Just when we thought he couldn’t get any cooler.

Although, the historians have been squabbling over what actually happened at the first Thanksgiving – there is general consensus that the native American people were no part of the feast. The actual story of Thanksgiving is shrouded in horrific episodes of pillage, plunder, plagues, and genocide. The history was mellowed down through the generations until we reached this hunky-dory fairy tale of happy friendly meal between Natives and Europeans that most people believe.

Calvin Coolidge, the former US President, was known for having weird pets like donkeys, bobcats, a raccoon, and two lions and so many others. The lions were a gift to him by the government of South Africa, and they were named Tax Reduction, and Budget Bureau.

#14. Chernobyl, Three Mile Island, Challenger Explosion were all caused by lack of sleep

A better way to say this is that they were caused by overworking and straining the employees, who weren’t able to catch on to much sleep and that’s what led to these accidents. Accidents that eventually caused massive disaster, killed a large number of people, and destroyed natural resources. Most of the great disasters, air crashes, train accidents, oil spills, town fires etc. have been caused due to overworking the employees where they do not get enough rest or sleep, and become prone to negligence.