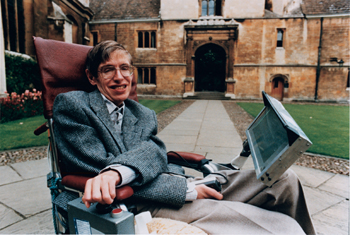 Can’t believe it has already been a year since we lost a star to the universe. Stephen Hawking, the man who solved the enigma of black holes and other mysteries of universe, died on 14th March 2018 after suffering from ALS (Amyotrophic Lateral Sclerosis) for 50 years. His demise was a huge loss for the science fraternity and humanity.

To commemorate his death, UK’s Royal Mint has launched a new 50 pence coin featuring a black hole on it. The coin is being sold on the website of Royal Mint as the collector’s item and will not be released into circulation.

The tiny coin looks absolutely stunning with features like swirling lines resembling space curving around an event horizon along with his name and the famous Bekenstein-Hawking formula. Definitely worth a collection!

The formula S = kc^3 A/4hg is used to calculate the thermodynamic entropy of a Schwarzschild black hole of a given mass. In case you ever forget the formula, you can look coin for reference. The derivation of formula was a significant step in making the unique properties of black hole fit with existing laws on energy. Hawking shared this honor with another famous theoretical physicist Jacob Bekenstein.

Before Hawking, only two other scientists have appeared on a coin; Sir Isaac Newton and Charles Darwin.

It was not only his ‘theory about everything’, but also his wry sense of humor and great optimism that made him the most beloved scientist in the world.