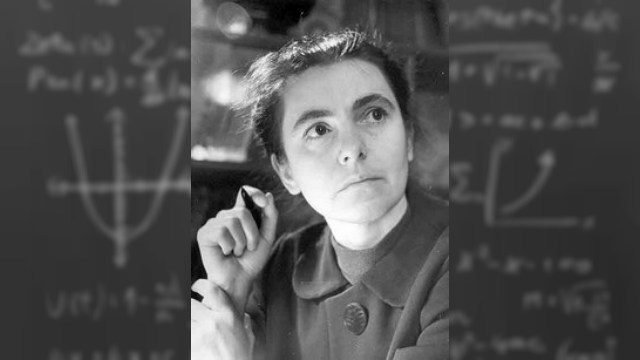 Women’s Day 2019 has arrived. What better way to celebrate than remembering the ones who truly shined. One such person is Dr. Olga Ladyzhenskaya. A Russian mathematician whose contributions have shaped the very world we live in today.

If you believe your weather forecasts, you have to solve the exact equations that she studied.- Marshall Slemrod, mathematician at University of Wisconsin

Olga Ladyzhenskaya was born in 1922. 400 miles for Moscow in a rural town called Kologriv. She imbibed a deep love for mathematics at an early age.Especially for Algebra, from her father. Olga’s father was also a prominent mathematician of his time, also stemming from Russian nobility.

At the tender age of 15, she went through the grief of losing her father to Soviet authorities. Olga’s father was executed on the grounds that he was an enemy of the state.

Post the death of her father. Her mother and sisters tried all things they could; ranging from selling soaps to shoes to feed the family. Such was the condition. Given the hardship that already existed, Ladyzhenskaya was rejected by Leningrad State University despite her remarkable school grades.The university did this on the grounds that she was the daughter of an ‘enemy of state’.

She never gave up

Harsh as this may be, this didn’t stop Olga. She continued to teach math in Orphanages and High schools. It’s after doing so that she finally earned a spot in the Moscow State Univeristy where she marched on to earn her Ph.D.
Ladyzhenskaya progressed even further by heading the Laboratory of Mathematical Physics at the Steklov Mathematical Institute. This is where she authored more than 250 papers. Come 1990, after being a member for 39 years, Ladyzhenskaya became the head of the St. Petersburg Mathematical Society.

Here studies and contributions are used even today in weather forecasting, oceanography and cardiovascular therapy. The mathematician was awarded the Lomonosov Gold Medal by the Russian Academy of Sciences in 2002.

Despite the trauma her family suffered from the loss of her father; Olga Ladyzhenskaya never shied away from expressing her political opinions. She stood her ground in her thought about the Soviet regime. Her open political stance even brought her friendships with political critics like Alexander Solzhenytsin and Anna Akhmatova.

Post the Soviet regime’s collapse , there was a huge crumble in the economy. Despite the chance to leave, Olga Ladyzhenskaya remained in her motherland. She met her demise on 12 January 2004, at the ripe old age of 81.

She stands today a role model for thousands of women. One that overcame the odds and was true to herself. Proof that women can achieve anything in life if they truly channel their passion.