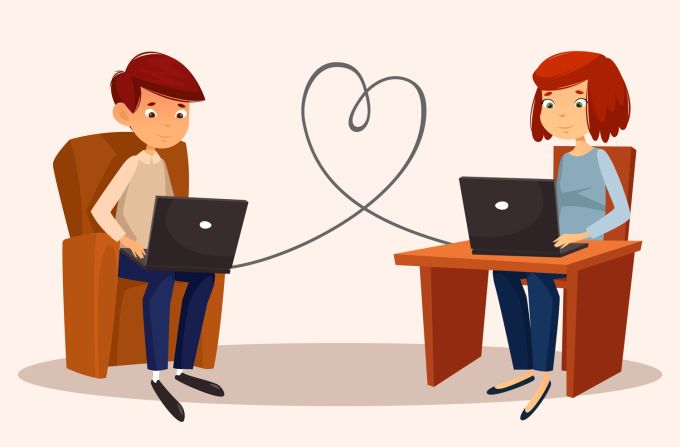 Do you know that there are over 54 million singles in U.S.A alone? Now imagine this number of people using dating services. That’s how much online dating today rules our life. Right from birth to death, we live in a digital world today. While it may seem like life is the same as its always been, these surreal online dating facts will make you think otherwise.

Given all the stigma around being an LGBTQ person, it’s understandable how hard it can be to meet similar people offline. This sole difficulty has driven nearly 70% or more of the LGBTQ relationships to start online. Hey , it’s much safer and easier this way right?

According to factinate.com, a staggering number of people lie about themselves on dating sites. Among which the percentage of men and women is unclear. It’s understandable though, the desire to impress at first sight. That’s why these white lies.

#3. 17% of all committed relationships begin online

17% may look small, but in a populace of millions, 17% amounts to quite a lot. It’s great to know that happily ever after does exist even on dating sites right?.

According to factinate.com , nearly 38% of all women on dating sites prefer nice guys. Whoa right? Where did all the bad-boy love go?; well, there’s a reason it’s all in the movies I guess. In reality, women want men who can rock their world and treat ’em right. Keep the nice guys comin’.

#5. There’s a reason you have no matches

Wondering why you have no matches, it probably can be because of your race. According to statistical data from Tinder and OkCupid it was found that people avoided Black Women and Asian men.( Ouch, not sure for what reason. It has nothing to do with you, plently of fish in the sea, don’t get sad.)

Former Vice President of Marketing at Tinder, Whitney Wolfe founded Bumble. What’s more shocking is the sexual harassment charges she filed on Tinder prior leaving in 2012. The case was settled out of court. Bumble is now a houehold dating service name. Queen Bee anyone?

#9. Dating sites come with a cost

The average American spends a an average of $238 USD on dating sites. Quality service never comes free or cheap now does it.

This world is a world of change. The only thing constant here is change. And what better way to know this than having a reality check. Going back to a dating site after this is probably never going to be the same.