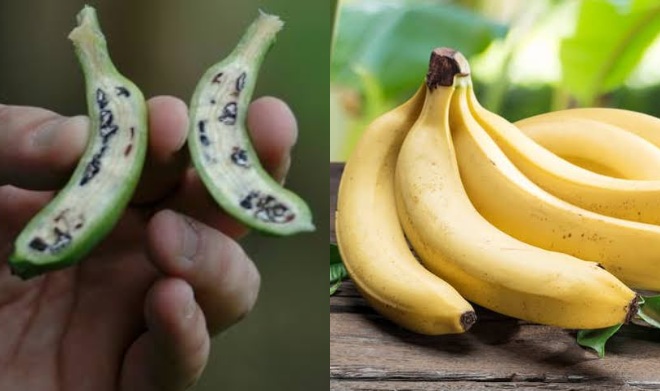 Many people in America and elsewhere in the world are vehemently opposed to the GMOs. But it is a lesser known fact that GMO is not a recent thing involving syringes and labs. In fact, people have been tinkering with fruits and vegetables since thousands of years – ever since agriculture started.

Most of it was selective breeding which is the primary type of GMO, choosing the best varieties of plants for farming and eliminating the less desirable ones. Slowly, everything that we eat kept getting better, bigger, tastier, and healthier. Only difference is that selective breeding took hundreds of years, but modern day technology can achieve such effects in just a few years.

For example – seedless bananas, seedless watermelons, large potatoes, sweet tomatoes etc. are products of the modern age GMO technology without which we’d still be eating their ancient versions which are not so appetizing.

These pictures will give you a clue:

#1. Watermelon used to have large seeds and lots of white inedible flesh 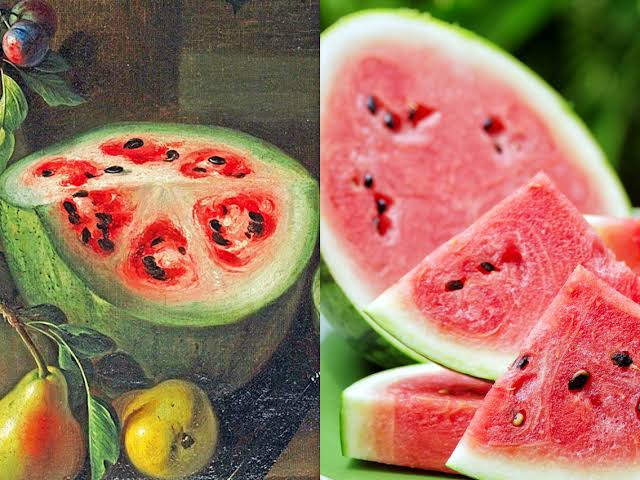 Thousands of years ago, watermelon was nothing bigger than your fist and its interior was almost entirely the white flesh that we consider inedible nowadays. The picture on the left shows a painting from 17th century, the watermelon in the painting has very little of the edible red part, and most of it is just seeds and white flesh.

The watermelons of present age not only look and taste delicious, but we have also found a way to grow seedless watermelons by preventing fertilization through pollination.

#2. Eggplant used to be dry, stringy and rubbery 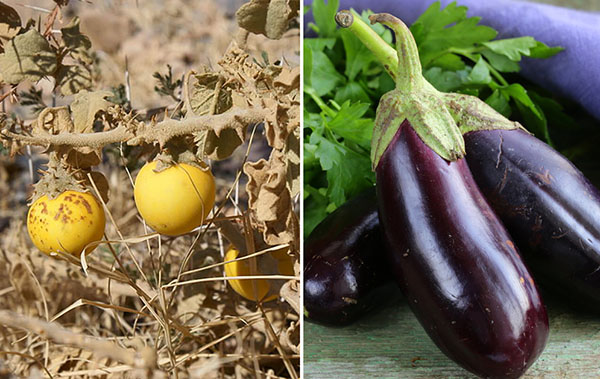 The home of the eggplant was the ancient China, where tiny and yellow eggplants used to grow. Not only they were hard, stringy, rubbery, and full of seeds – they also had a thick spine that was inedible.

Modern eggplants are large and juicy, with very few seeds and a soft, edible spine. This is the wonder brought by selective breeding and human innovation.

#3. There was nothing worth eating in the ancient corn 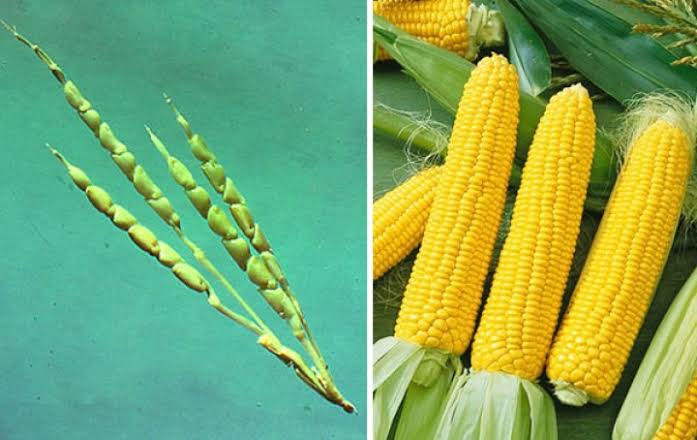 If someone ever doubts the theory of evolution and how species change into something totally unrecognizable, show them this photo of ancient corn versus modern corn.

9000 years ago, corn grew only in Central Americal, and it had as few as 12 tiny and hard kernels which tasted like dry raw potato. The modern version of corn is 1000 times bigger, and a single ear of corn has almost as much as 800 big and juicy kernels.

#4. Tomatoes used to be hard and tasted unpleasantly sour 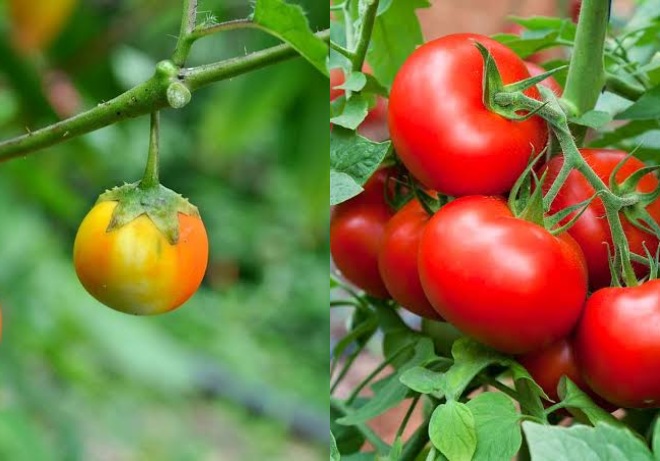 Wild tomatoes started out in the wild as yellow and sour fruits which were not only tiny in size, but they also had hard seeds that you couldn’t chew. They are still found in the wild regions of Ecuador and Peru.

Modern tomatoes are bright red, much juicier and softer, and they often grow up to be as large as a human fist. 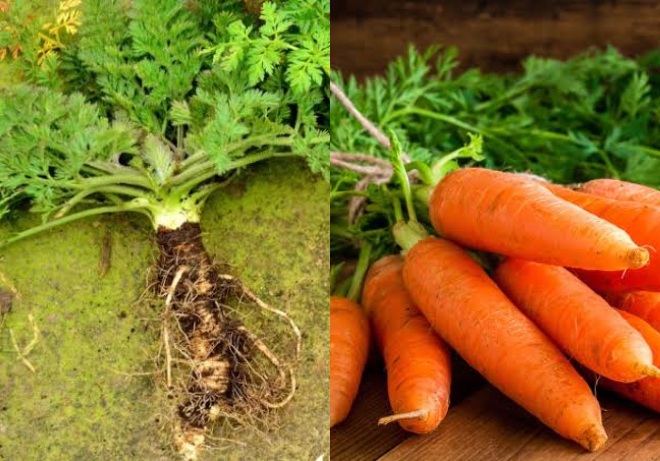 Thinking of carrot beings to mind a delicious orange root, that you could eat in so many ways – whether raw, or in a salad, or in a stir fry.

But the original carrot from the ancient Greece and Rome was a whitish root, while the central Asian variety of carrot used to be purple and yellow till 900 AD. It had forked roots, and had a bitter and soapy taste that made it a bad choice to be consumed raw.

#6. Bananas were tiny and full of large seeds

Imagine peeling a banana, biting into the sweet and creamy flesh, and you find it full of large, black seeds. Ew. That’s how banana used to be for most of the human history – a tiny fruit full of hard inedible seeds.

In 1834, banana plantations were started in the Caribbean for large scale production. Soon they were hit by a dangerous fungus infection that wiped out the entire crops. After that, scientists developed a variety of banana that was not affected by the fungus, and that’s how the modern banana came into existence.

#7. Peach was small and had an “earthy” taste 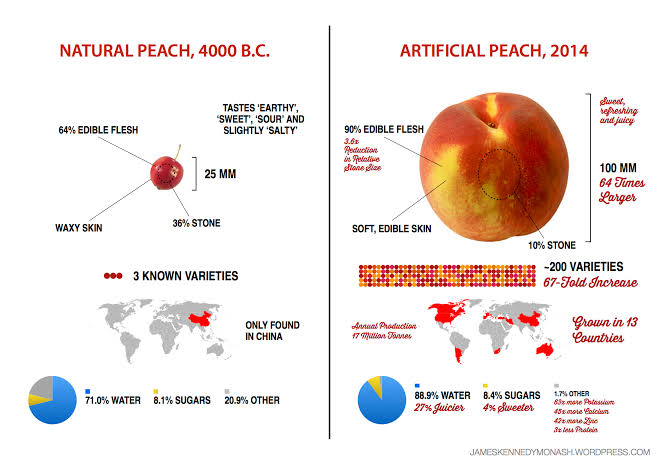 Ancient peach had a large pit, less amount of edible part – that also tasted earthy and salty. They were grown only in China and Japan, from where they slowly migrated towards other parts of the world.

Modern peach, as it is found all over the world, is 27% juicier and 4% sweeter and 64 times bigger than its ancestor. It has much smaller seed, and almost 90% of the fruit is just pure delightful goodness that you can eat!

#8. Wild potatoes were tiny and had a weird taste 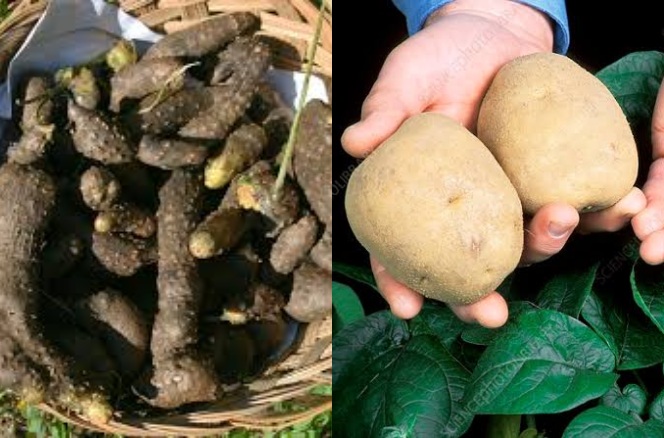 Wild potatoes had various varieties, most of which were dark and spongy and came in various shapes from small and round to large and tubular. Even their taste was not as pleasant as the modern potato, as it varied from bitter to bland, and in some cases just plain soapy with a hint of sweetness.

Modern potato is heavily genetically modified, so that it can grow in many different climates, it can withstand harsh weather conditions, and it has an extremely long shelf life.

#9. Cabbage was not as leafy as we see it now 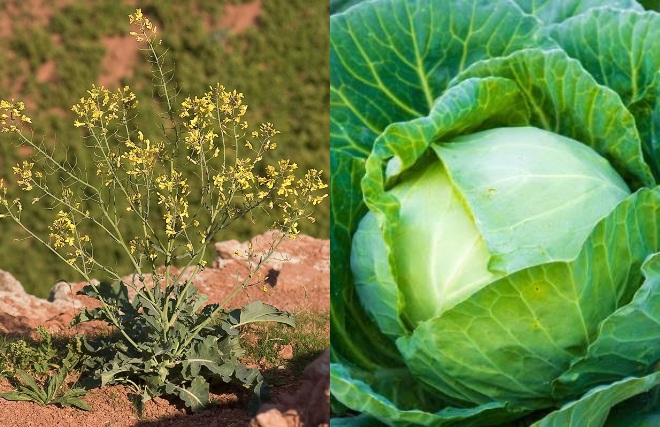 Cabbage used to be a flowering plant with a very few leaves and tall stems. There was little worth eating from here, and it had a salty, dry taste.

Now we have the kind of cabbage that is huge, round, fleshy, and full of leaves.