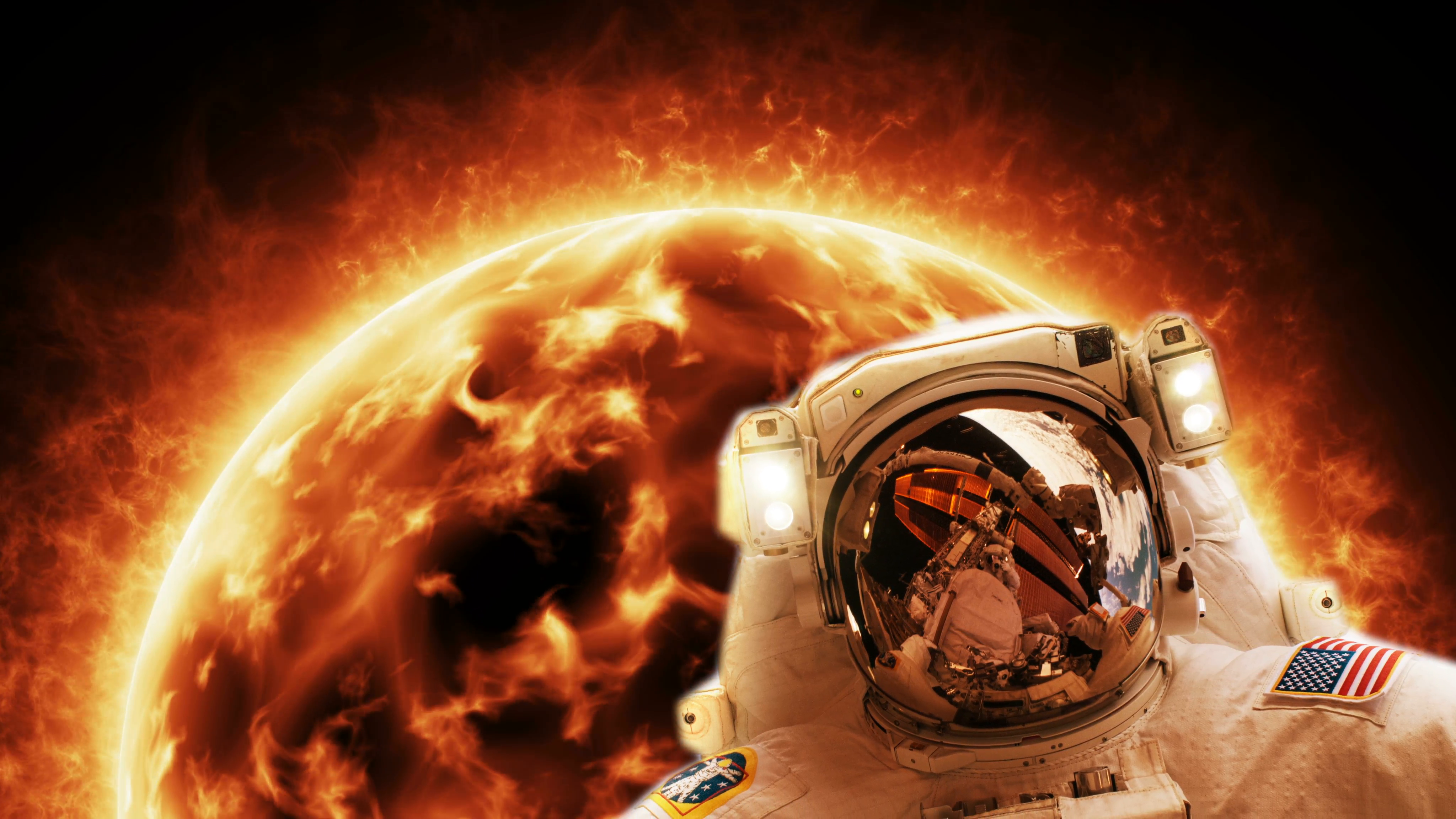 Sunburns and heat rashes are a common thing on Earth. Too much time under the sun, with no shielding cream, can leave you pretty damaged. Funny how something that promotes healthy bones can be destructive right?. Turns out, our beloved Earth has a protective atmosphere that filters out most of the harmful UV rays from the Sun.

It’s because of global warming and an alarming increase in ozone depletion that these harmful rays are reaching the terrain. Given the damage they seem to cause on Earth itself, it doesn’t take long to wonder how our astronauts are hanging out, sunburn free in space.

In case you’re wondering, this is why sunlight is harmful

Decent exposure to sunlight is good for bone development and the production of Vitamin D3. Sunlight hitting the surface of the Earth has mainly three types of waves, UV-A, UV-B, UV-C. UV-B being what we mostly experience as thankfully, the Earth’s atmosphere absorbs most of UV-C that reaches it. UV-C rays are the most harmful of the three rays. We have to thank our atmosphere for sheilding us from this.

Speaking of the rays that do reach us post this filtration. UV-B rays are bittersweet in a sort of way. Moderate exposure promotes body health whereas prolonged expsore leaves your skin burnt and also increases the risk od skin cancer.

Given the dangers of normal sunlight to us terrestrial humans, astronauts are obviously prepped with precautionary means. Their suits are designed in such a way that no harmful raditaion from the sun can penetrate it. The heavy material of the suit is literally all they require to be sunburn free in space.

NASA astronaut Neil Armstrong gazed through overlapping shields. While the Ohio native took his “one small step” onto the moon, he was wearing a transparent, bubble-shaped helmet fitted with visors that could be raised or lowered at will. The innermost visor and the bubble itself were made of polycarbonate shielding : a material that helped protect Armstrong from getting an overdose of ultraviolet (UV) radiation.

Now, what would happen to them without the suit? ; the story of a 1963 Gemini 9 crew member will suffice. Astronaut Gene Cernan was working slowly on the exterior of his spacecraft, in low-earth orbit. It’s during this that the outer seam of his suit ripped leaving him exposed to piercing solar radiation. The man sustained a deep triangular sunburn on his back due to this. (Ouch!)

What about their spacecraft?

The possibility of such scenarios are boiled down to almost zero while inside a spacecraft.In fact astronauts roam the International Space Station premises freely in cotton clothes!. The reason behind this being the UV-blocking windows, which are used in all space exploration vessels.

So yes, astronauts absolutely don’t require sunscreen in space thanks to UV-blocking gear. Well even if they did use sunscreen, it would be to no avail. Because of the intensity of Solar radiation, in the absence of atmosphere. It’s basically their well-designed suits that keep them sunburn free in space.