11 Most Dangerous Selfies Taken On Land, Air, Water, and...

Ever since the invention of the front camera on our phones, selfies have become the favourite way of people to document themselves. But some of them go to extreme lengths, putting their lives at great risk to capture some shocking moment.

Between 2011 and 2017, 259 people died while taking dangerous selfies, but that does not stop these people. If anything, the trend has only grown in 2019.

And while most people take selfies on the top of tall buildings, we have brought you a compilation of selfies in many different kinds of dangerous situations.

#1. Excuse me, can we get another pilot? 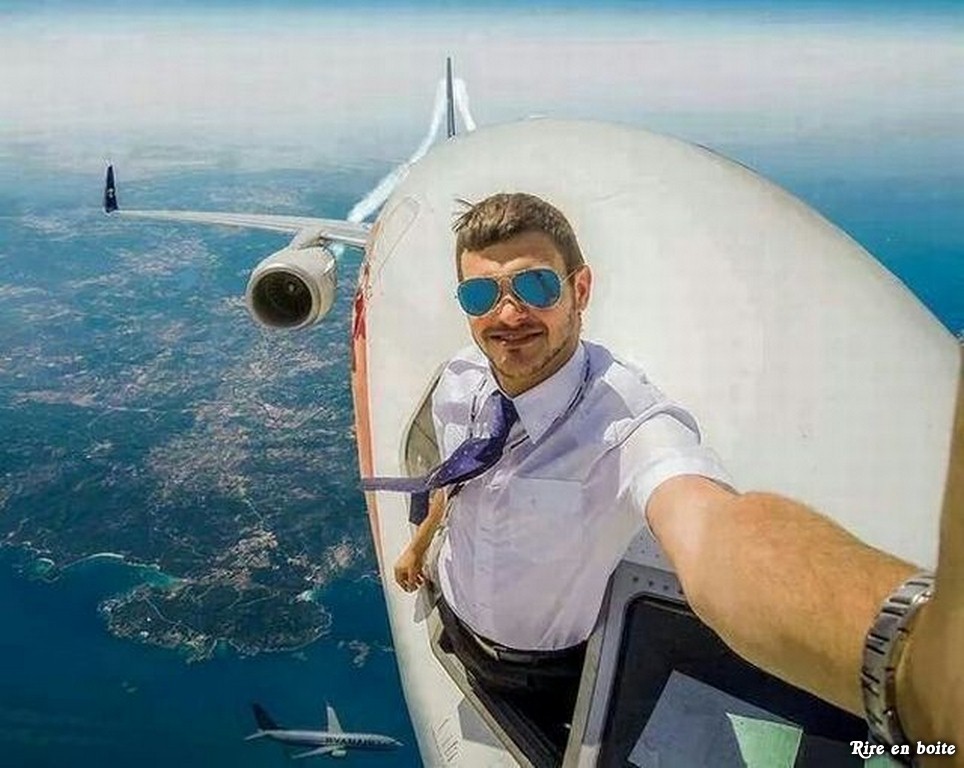 If this is what the pilots of passenger flights are doing above the clouds, then we all got a big reason to worry about. Can we get a replacement pilot if he falls out?

#2. On the tallest building in Hong Kong 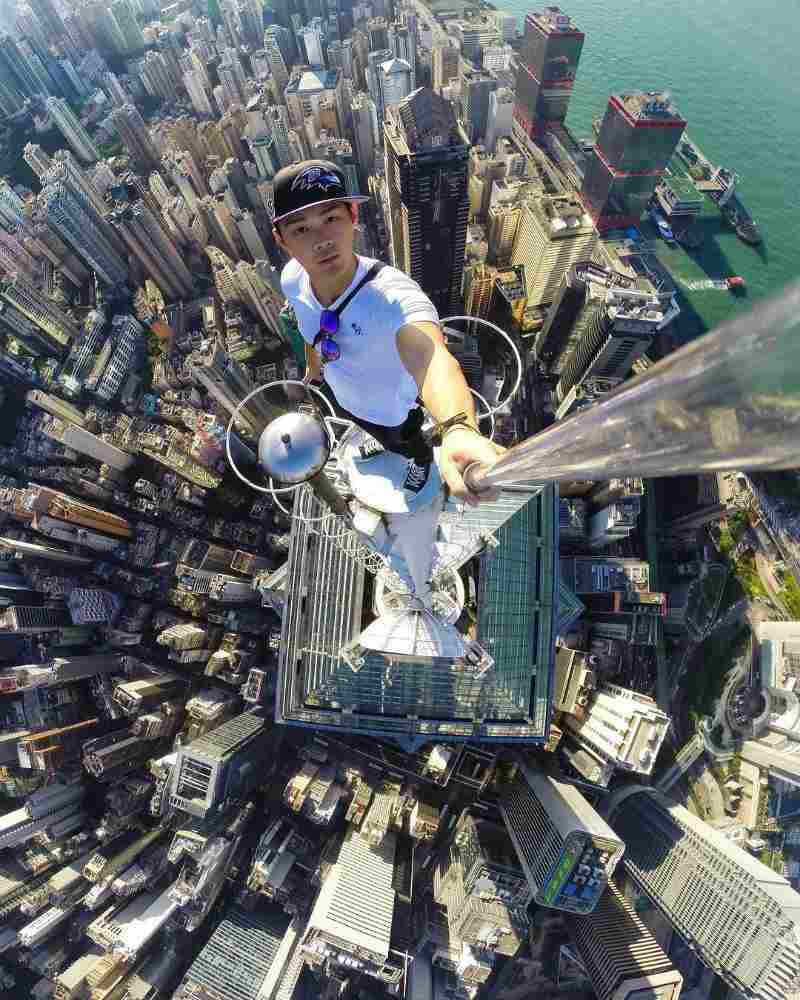 World-known stunt photographer Daniel Lau is famous not only for his hair-raising selfies but also for sharing details about what all he needs to do to take such pictures. 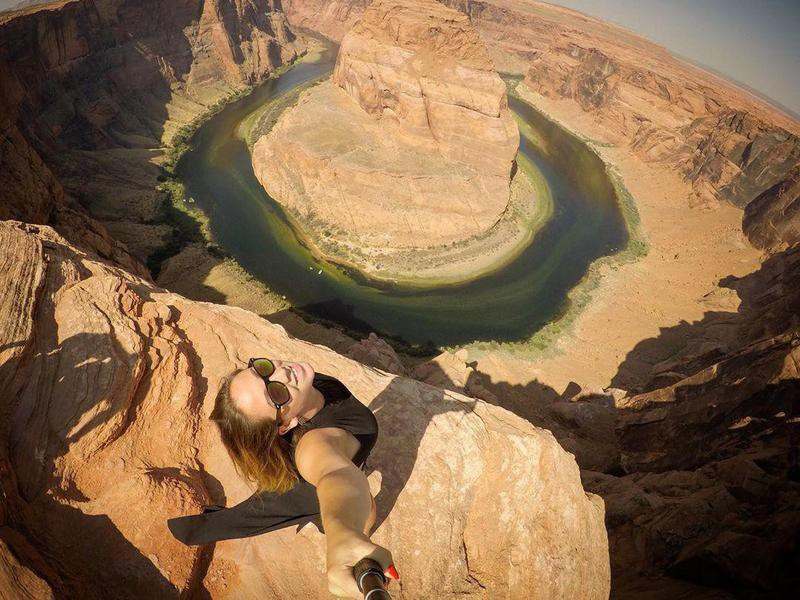 Horseshoe Bend in Arizona has been one of the favourite places for selfie-lovers. Lot of people come here every here to take extremely risky selfies, although two people died here last year due to falling off the edge while trying to take a picture. 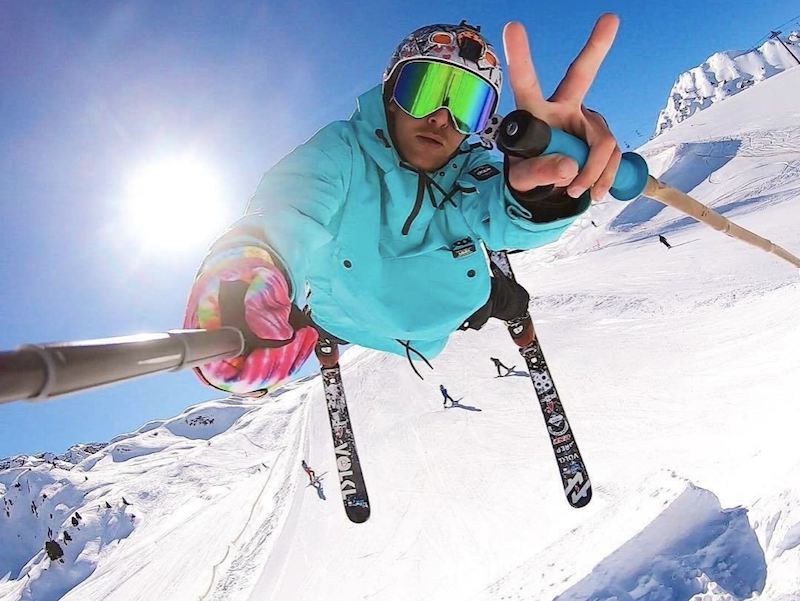 He did manage to capture the perfect shot while flying mid-air, but the real concern is whether he landed on his feet. Let’s hope he did.

#5. Why is there a kid in a biker suit hanging on to the bike? 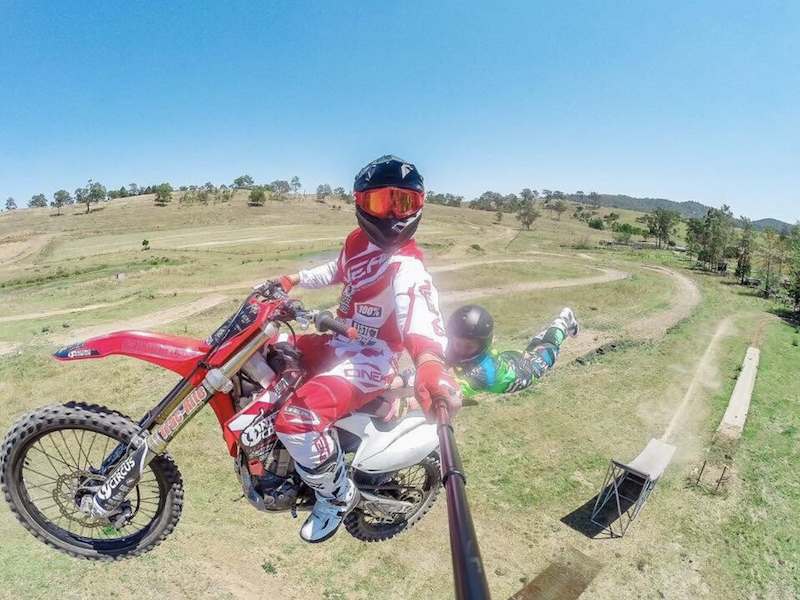 If using a smartphone while driving was dangerous, this man did take a bike, fly it off a ramp high into the air, took a selfie and all this while – a kid in biker suit is seen clinging to the bike, holding on for dear life. We really don’t know the aftermath of this selfie.

#6. At this height you and I would be terrified. She’s just bored. 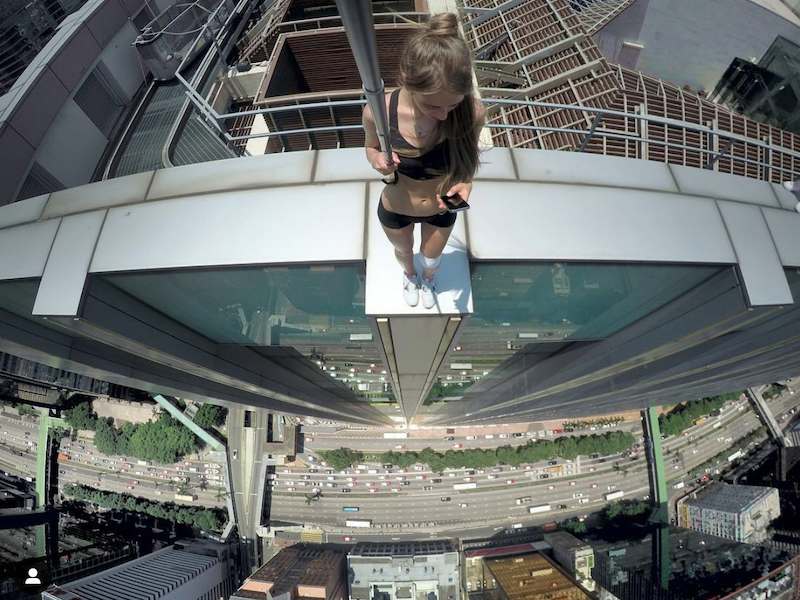 Angela Nikolau again, from the first picture. She is so used to pulling these stunts that now she does it with a look and mannerism of bored indifference.

#7. He used to be the greatest roof-topper in the world 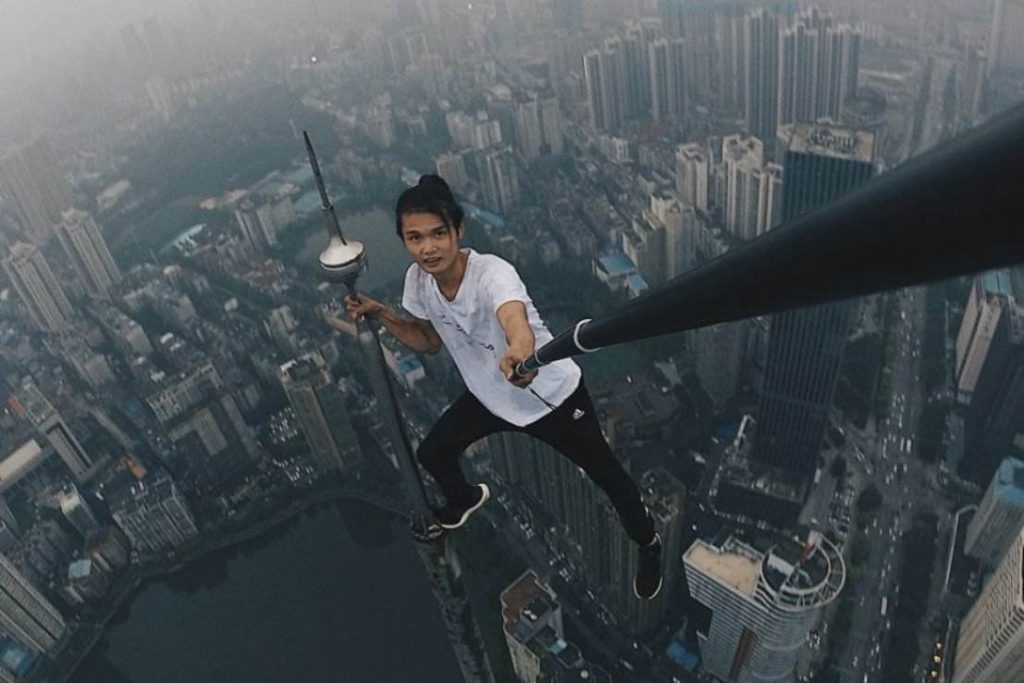 Wu Yongning, the world famous roof-topper who used to climb tall buildings, towers, and other structures – all of this without any safety gear, and he even used to film it all himself.

Unfortunately, he lost his life to one such stunts while he was trying to pull himself up a ledge but lost his grip, and fell to his sad demise.

#8. As if a GoPro camera on this base jump wasn’t enough 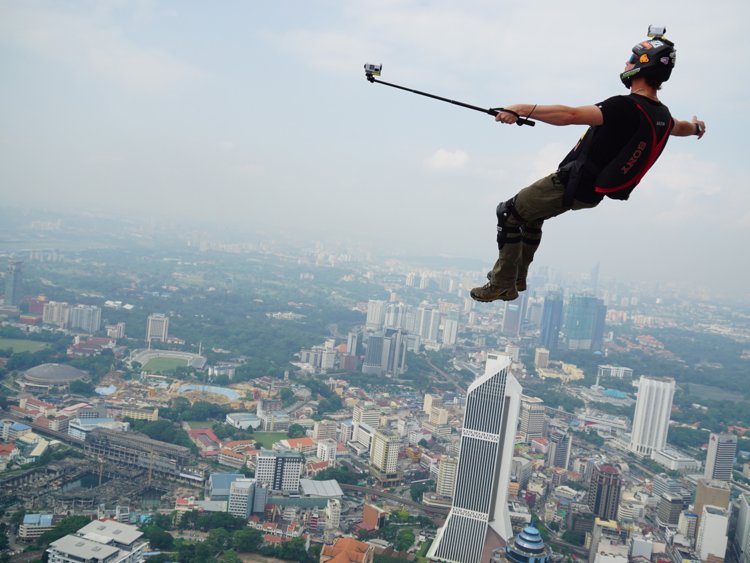 Kuala Lumpur in Malaysia is a destination spot for such dangerous stunts and selfies. 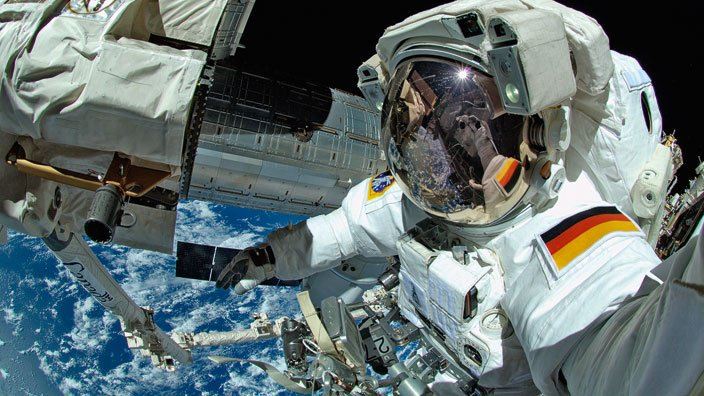 The trend of space selfies has recently begun among the astronauts aboard the International Space Station. While at the extreme height of 408 kilometers, hurtling at the speed of 27600 kms per hour – this selfie is not that dangerous. It’s just spectacular.

#10. How are you enjoying bothering animals for your Instagram? 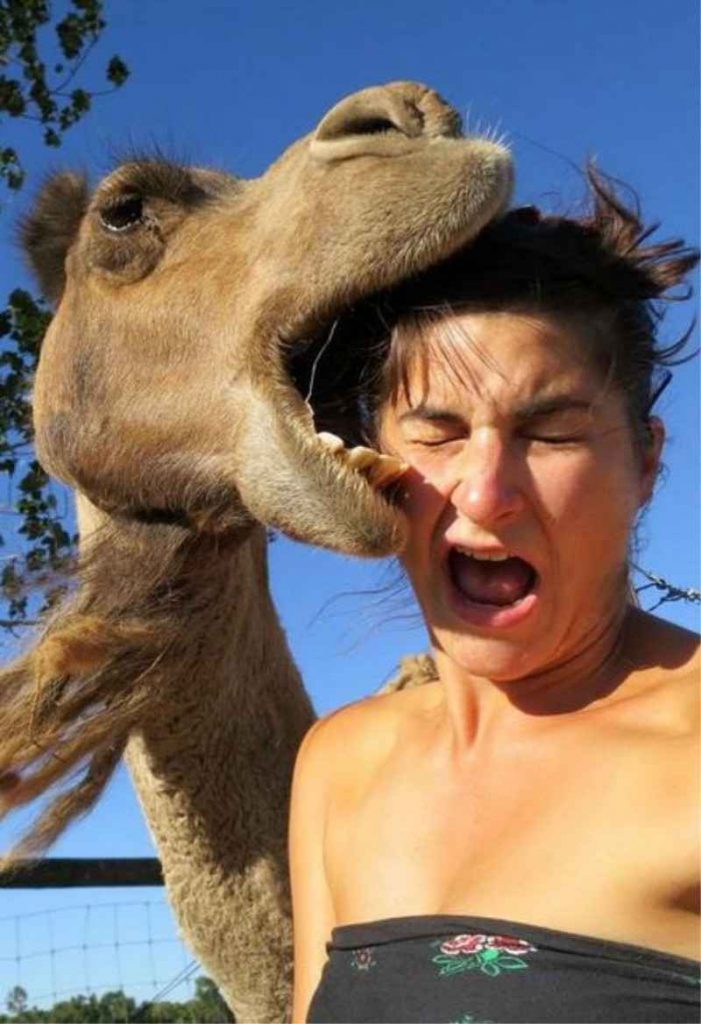 So many Instagrammers and “influencers” go to animal parks, shelters, and other wild places – trying to capture selfies with animals. There was this one girl who got headbutted by a goat, and another one you are seeing in this picture itself.

#11. ..and now the most dangerous selfie of them all 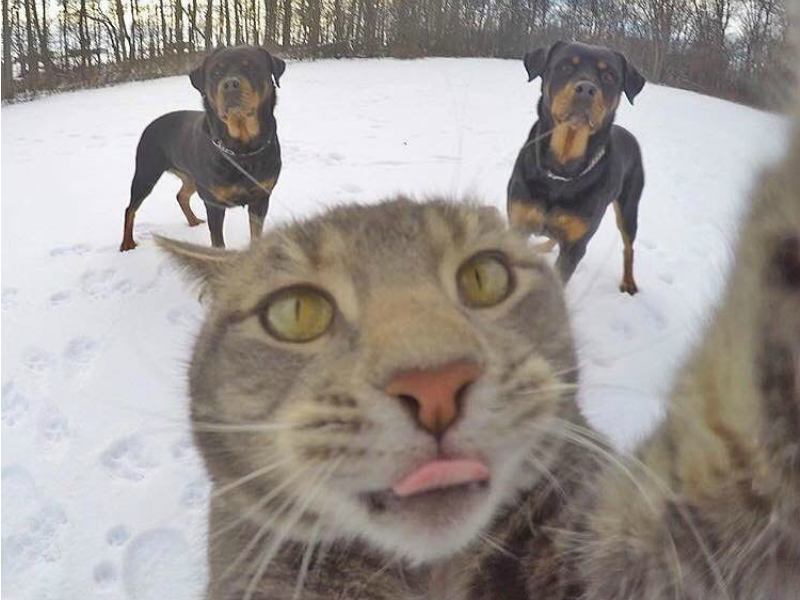 A small tabby cat, just taking a quick selfie with two dangerous rottweiler dogs wondering WTF is going on? I bet the cat snuck out of this daredevil stunt before the dogs could figure it out. Nevertheless, it was a calculated risk, and cats are really good at math. 😉