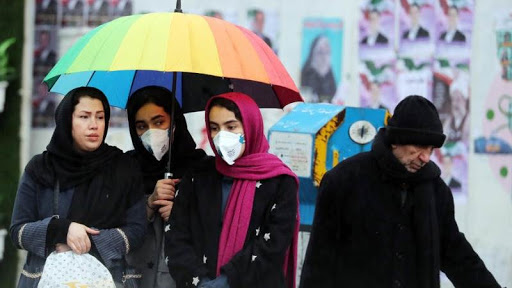 As of now, 79,707 people have been infected by coronavirus and the death toll has risen to 2,626 – and the deadly virus has now stepped outside China.

Latest reports from Italy say that coronavirus has started to claim its victims in Europe – with three deaths in Italy alone. 11 towns of Italy are put under quarantine, affecting more than 50,000 people. In another part of the world, Iran reports 50 people dying within just one city.

Number of cases in South Korea and Japan have also been mounting rapidly, and both the countries have declared red alert.

Italy under massive threat and lock-down, as 50,000 people are affected

On Sunday, dozens of confirmed cases appeared in the northern cities of Italy – and two people died on the same day. Soon afterwards, the medical authorities found 133 confirmed cases, and decided to put the 11 cities under lock-down.

The lock-down affects 50,000 people who won’t be able to leave their houses to go for jobs or school.

The lock-down has caused in various other shutdowns – all the schools, nurseries, restaurants, offices, businesses, museums have been closed indefinitely. Venice Carnival has been cancelled, all the football games and sports events have been postponed.

Medical experts are still looking for the “patient zero” – the first person who carried the virus inside the country. It will help them understand how the virus got in, and how it can be prevented from affecting from more people.

Italian government has ordered that people who have come into contact with infected patients will be kept in quarantine for 14 days – and people who break the protocol will be jailed for three months.

In Iran, 50 people died in a single city

In another news, a semi-official news agency from Iran has reported that 50 people have died from coronavirus in the city of Qom. Although, the Iranian government has denied the veracity of this report and tried to brush it under the rug.

More than 2400 deaths in China, South Korea on red alert

China has been struggling to contain the epidemic as more and more cases keep appearing every day. Chinese President Xi Jinping has declared coronavirus as “one of the most difficult travesties that China has faced ever since the conception of the country.”

South Korea has raised a “red alert” for national threat, while Japan fears that the infected soldiers can spread the virus to American soldiers stationed in the region. All this while, nobody wonders why America even has military bases in South Korea and Japan.