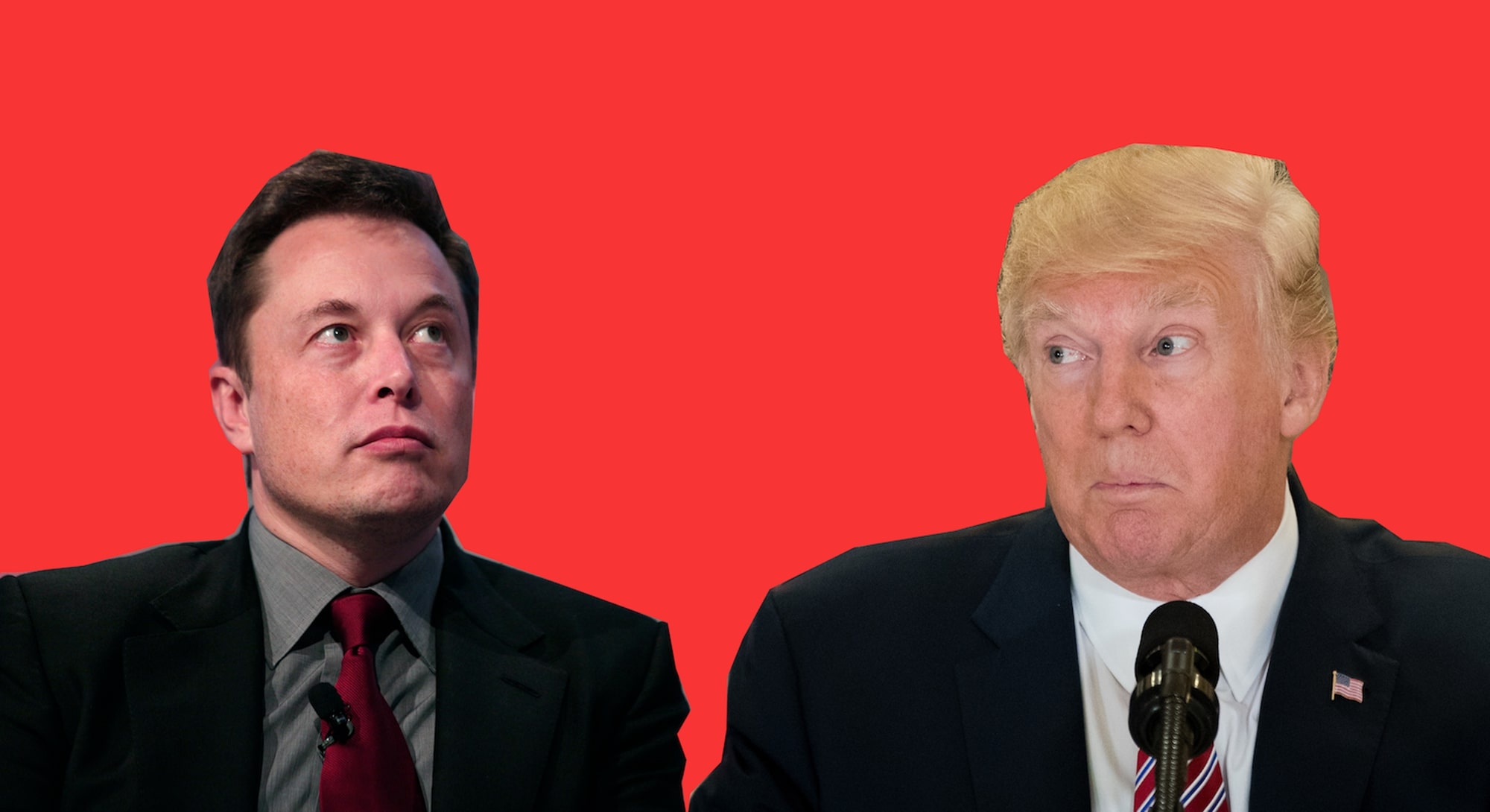 Donald Trump is an expert of life, universe and everything. In fact, he is such a “stable genius” that he took a small break from his full-time work which is lampooning others on twitter – and he found the cure to Coronavirus.

While the scientists claim that Trump is pushing an unproven and dangerous drug which caused many deaths in China, there are Americans who believe Trump and have started stockpiling these medicines. 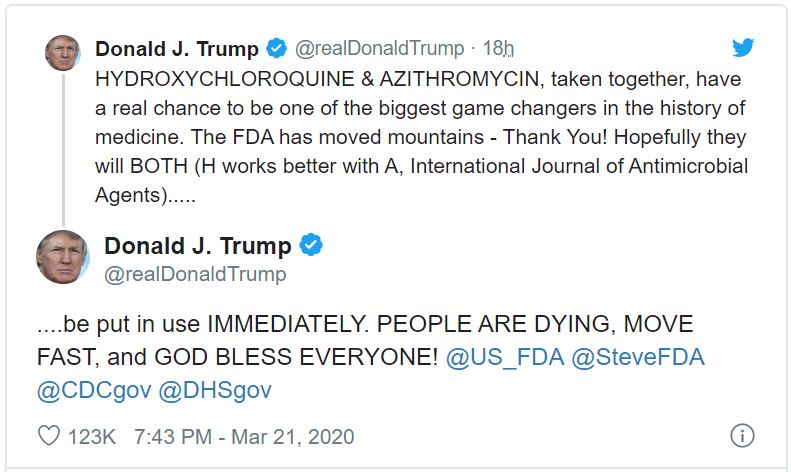 What’s the truth about these medicines?

Since a long time, Chloroquine has been used to treat Malaria. While Azithromycin is just an ordinary antibiotic. A combination of these two medicines has been suggested as a cure for COVID-19, but there are significant risks involved and the dosage of Chloroquine has often been lethal.

Even though Trump tagged the FDA in his post, these medicines are not approved for use in coronavirus infection at all.

Wuhan, China was the ground zero for coronavirus and that is where this idea was first used. In February, Chloroquine was used on patients after a trial – but the researchers soon discovered that doubling the dose of Chloroquine was causing most of the deaths.

It was also found that taking this medicine in the wrong combination or wrong dosage is extremely harmful to the body.

Then the medicine was rolled back, and all the hospitals in China were warned.

Nigeria: People have been poisoned due to Chloroquine

Social media messages about Chloroquine have gone viral in Nigeria and several cases of medicine poisoning have been found in the country, according to AFP Wire Service.

Elon Musk, who is the self-proclaimed expert on everything under the sun and outside its realm, tweeted saying, “Maybe worth considering chloroquine for C19.”

On the other hand, Donald Trump went so far as to go to the White House briefing where he falsely claimed that this combination of Azithromycin and Chloroquine has been approved.

Americans, as expected, have begun hoarding Chloroquine and it’s not available for the people who actually need it to treat other conditions like lupus and rheumatoid arthritis.

Dr Michael Lockshin of the Manhattan Hospital said to the New York Times:

There is a run on it and we’re getting calls every few minutes, literally, from patients who are trying to stay on the drug and finding it in short supply.

Donald Trump has been calling it the Chinese virus

This is the same person who doesn’t exercise because he believes that it will exhaust the body’s limited amount of energy.

Trump has been ignoring the threat of Coronavirus till now, he refused to get tested or self-quarantine and now he is misleading gullible Americans who are actually believing him.

In another news, Indian Prime Minister Modi has asked people to come out in their balconies at 5 PM and clap for five minutes, believing that the vibrations caused by clapping will kill all the bacteria and viruses.FFS.