Woman Receives 37 Kilograms of Books From Bill Gates Who...

Shelby, 33-year old woman from Michigan just got Bill Gates as her secret santa, and she received the best gifts of a lifetime. In a surprise package that weighed 37 kilograms (81 pounds) – and contained books, movies, video games, and scores of paraphrenalia.

She had been participating in the RedditGifts exchange since a long while, and the 95th time was a charm for her as she received the gift of a lifetime.

Shelby with her 81-pound parcel from Bill Gates

The package from Bill Gates had a lot of thoughtful gifts, such as Shelby’s favourite books and book-related collectibles and many other items of her liking – showing that Bill Gates and his team made full efforts to know her interests and to make her happy.

Even the inside of the box had fairy lights which were turned on when she opened it.

Shelby has had a tough year, as her mother passed way just 10 days before her wedding in March 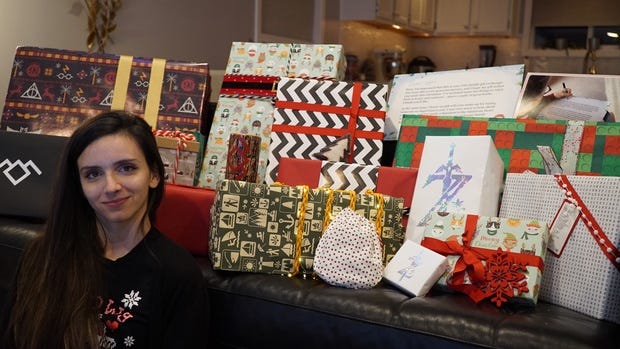 This gift from Bill Gates surely brought a smile to her face. He also made a donation to American Heart Association in her mother’s honour.

He also had a note for her:

I know no gift will ever make up for losing someone so important to you. I hope you and your family find your ‘new normal’ this holiday season. 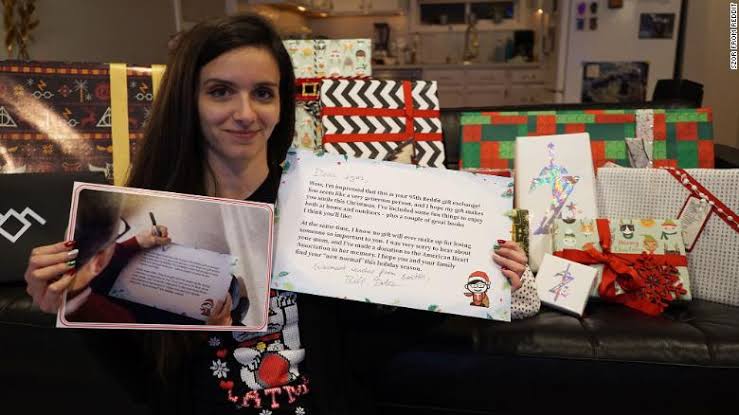 Your donation to The American Heart Association in my mom’s memory is the most special gift of all. It means more to me than I can express.

Here’s everything she received from Bill Gates 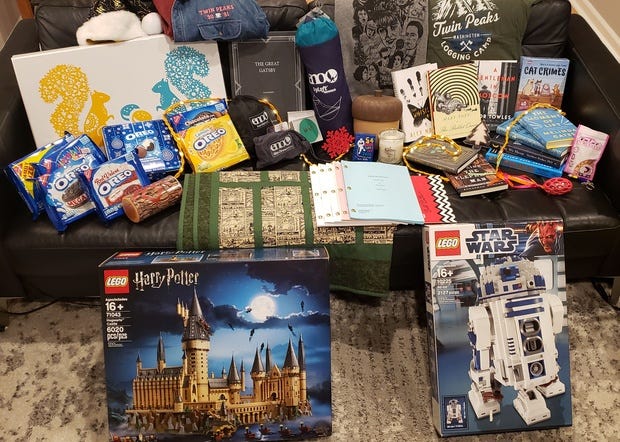 On December 17, she got a notification from FedEx that there was a parcel for her.

“I got the alert that it was shipping from Washington, and I said to my husband, ‘Maybe this from Bill Gates!” she said.

“When I looked in the next morning and saw that it was 81 pounds, I thought, ‘Maybe this actually is from Bill Gates.'” Shelby added.

When Shelby and her husband reached the FedEx office to pick up the parcel, the staff were excitedly shouting: “You;re the Bill Gates package.”

Bill Gates, you are a blessing. This year has been a complete roller coaster of emotions for me; in March, I lost my mother completely unexpectedly only 10 days before my destination wedding.

She thanked Bill Gates in an emotional YouTube video

Here’s a full list of the gifts she got:

She also received a manuscript of The Great Gatsby 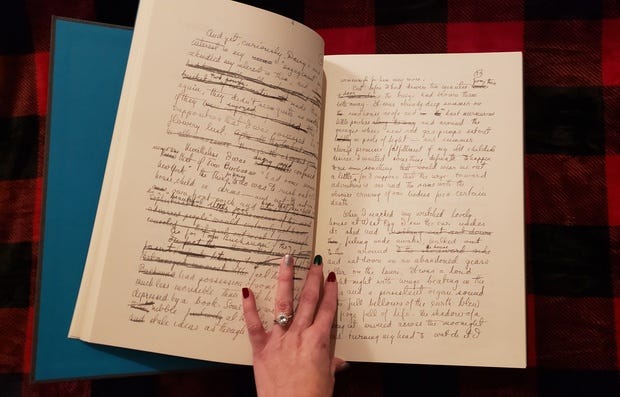 Bill Gates is famous for his love for books, and he sent The Great Gatsby’s bound manuscript to Shelby as she had used the lines from the same book into her wedding in March.

The manuscript also came with the author Fitzgerald’s handwritten notes. 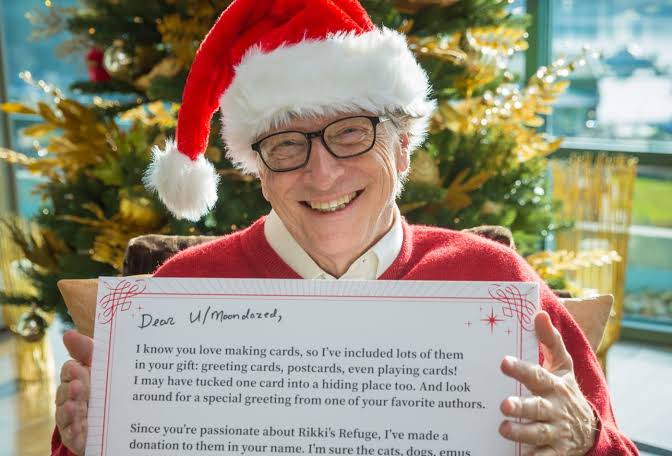 According to GeekWire, Bill Gates signed up to RedditGifts in 2013 and he has been sending gifts to people ever since.

In 2017, he was secret santa for a cat lover – to whom he sent a big box of cat-themed gifts, a huge stuffed cartoon cat, and also donated to animal charities in the name of the cat lover.

In 2018, a miniature horse owner got matched up with Bill Gates, and he loved working with yarn and fibers and cards. Gates sent him postcards, sketchbooks, a customized blanket for his horse, loads of yarn, decorating tape, and pencils. He also gifted a signed copy of An Absolutely Remarkable Thing by Hank Green who happens to be the horse-owner’s favorite author.

Other people also received gifts from many Secret Santas

Google gifted one person a Pixel 4 phone, while others received things like a 3D printer, a handmade Captain America shield, and another handmade shield for his doing.