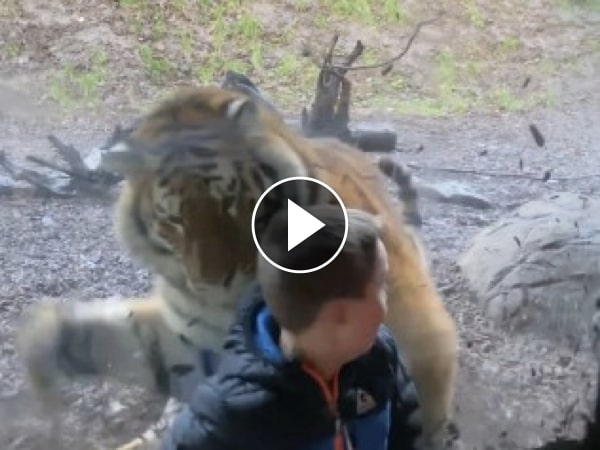 A viral video has surfaced out of Ireland, as a captive tiger at the Dublin Zoo attacked a 7-year old boy who was posing for a photo in front of the tiger’s lockup.

Everything that happened afterwards has created an Internet rage where people are blaming the zoo as well as the kid’s parents for this kind of irresponsible behaviour.

You can watch the viral video here:

In the video, when the tiger spots the kid and gets ready to attack – the parents tell the kid to “stay” while the tiger pounced on him.

Fortunately, there was a glass wall between the tiger and the kid so the kid was safe, but the pouncing attack may have actually injured the tiger who didn’t know there was glass in front of him.

ABC News shared the video of the attack and captioned it: “Lunch Denied.”

While the kid’s father posted: “My son was on the menu in Dublin Zoo.”

What if the glass had broken?

People were criticizing the parents

And even the Dublin Zoo and ABC News weren’t spared 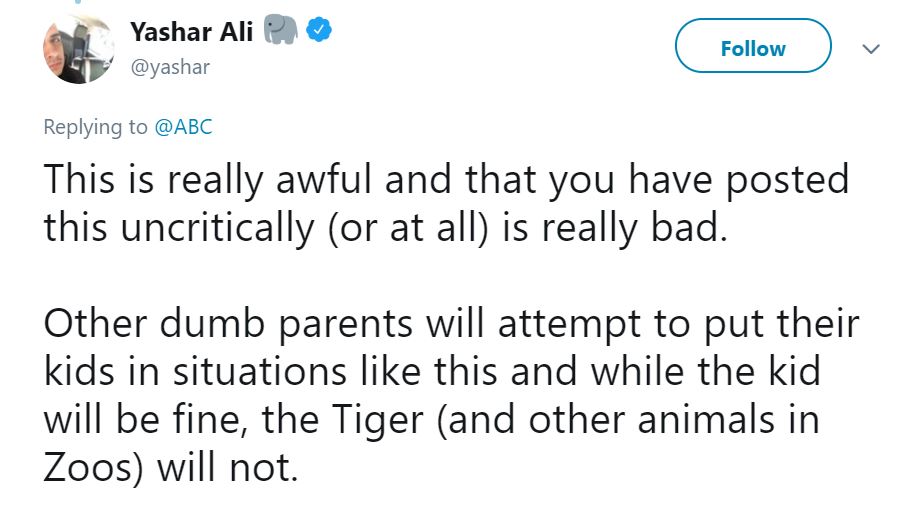 The boy’s dad gave an interview afterwards and said that the kid actually wasn’t scared of the tiger at all, and just laughed:

He kind of twigged that something was about to happen. He got a laugh — it didn’t particularly faze him. I kind of laughed hysterically.

As much as there’s a bit of a laugh, it is also quite sad as well. Obviously there’s great conservation that happens in zoos around the world. But they [the animals] are obviously captive as well, so you do have to consider that as well.