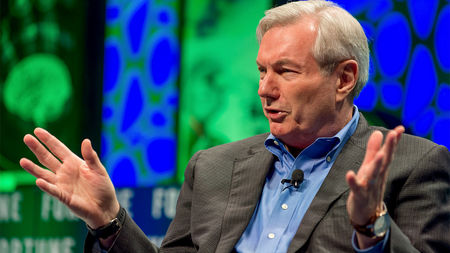 Coronavirus has been spreading like wildfire now – yesterday Tom Hanks and his wife caught the deadly virus in Australia, and today Justin Trudeau’s wife Sophie Trudeau has been tested positive for the coronavirus infection.

In the middle of all this panic where the disease has been striking the rich and powerful as ruthlessly as it strikes the poor, there is a lot of misinformation floating around. Some of it actually denies how serious the coronavirus is, some of it blows it out of proportion to induce unnecessary panic.

Here’s the video that explains everything, 7 million views in 2 days

Michael Osterholm, a reputed American scientist appeared on a podcast by Joe Rogan and answered all the common and uncommon questions that people might have about coronavirus.

The video went viral, garnering about 6.6 million views in just 24 hours. Probably because he answered the questions with total honesty in a clear language that most people can understand.

We have summarized the most important parts of the video in the article below:

#1. Predicted: 5 billion people to be infected and 50 million deaths

Osterholm confirmed the claims made by several scientists from all around the world that nearly 5 billion people are likely to catch the infection and at least 50 million people will be dying – if the drastic measures are not taken to prevent the outbreak.

It’s just beginning. In terms of the hurt, pain, suffering, death that has happened so far is really just the beginning. This is going to unfold for months to come. We’re gonna be in some hurt for the next few months.

Coronavirus is projected to infect 60% of humanity, and surpass the H1N1 swine flu pandemic in 2009 which had affected 24% of the world’s population.

Another contrast with swine flu is that while coronavirus is mostly killing the elderly, while the swine flu had almost no effect on elderly folk in 2009.

#2. In Italy, they are “deciding who can they afford to let die”

One of Osterholm’s friends works at the biggest hospital in Milan, Italy – which has been overflowing with patients and doctors are so swamped that they have to choose their cases and only try to save those who have a chance at survival. Rest of the patients are being left to die simply because the hospital staff is overworked and cannot handle everyone.

#3. Most infected people do not show any symptoms

Osterholm pointed out that most people infected by coronavirus are just carriers of the virus – since they do not show any symptoms and they can infect other people. It is helped by the fact that such people won’t be tested or quarantined, and they’ll be freely interacting with other people.

#4. Coronavirus can spread via breathing

While sanitizing your hands, and not touching your face is a good idea, this doesn’t stop the virus in any way. Osterholm says that the data on COVID-19 suggests that the primary way of virus spreading is via breathing in the air.

#5. Wearing a mask won’t stop you from catching the virus

Wearing a mask won’t stop you from getting the coronavirus, but if you are sick, it can help prevent you from spreading the disease.

“The N-95 respirator is very effective, but the problem is that we have a shortage,” Michael said. “Hospitals don’t have the budgets to stockpile them.”

#6. USA is in danger because even the American medicine comes from China

For most of the medical supplies and medications, USA is heavily dependent on China. Since China is already in a jeopardy, it becomes difficult for American medical industry to get their medicinal supplies.

#7. We will have to wait for it to go away in a few months

The outbreak will last about six months, at the very least – and it won’t go away with changing seasons.

#8. What’s the status on vaccine development for coronavirus?

According to WHO, there are currently 20 different vaccines under development but none of them is ready for public consumption yet.

The key to vaccine lies in this mysterious fact that coronavirus is totally sparing the children, and severely affecting the elderly. Why are children immune to it, no one knows it yet.

But if we knew, it’d help in developing the vaccine.

#9. How to build immunity against coronavirus?

When asked this question, Osterholm simply said that coronavirus is affecting either the elderly or the people with a weakened immune system.

He suggests that people should stay in shape, eat a healthy diet, get enough sleep, take medicines regularly and avoid eating exotic meats.

Some people have floated the idea that going into a sauna with hot and humid air will kill the virus, but Osterholm clarified this idea as false and misguided. He said that going into sauna will not help at all.

#11. Could the coronavirus be a bioweapon from the Bio Lab in Wuhan?

Wuhan in China is the ground zero where the virus originated from, and Wuhan is also the home to a Research Laboratory with highest biosafety level security in the world.

Could it be possible that the virus was created there and then let out into the world?

We could not have crafted a virus like this to do what it’s doing. We don’t have the creative imagination or the skillset. Mother Nature does it so much better than we could ever do.

#12. It actually came from Pangolins, not snakes or bats

“This thing clearly jumped from an animal species to a human probably in the third week of November,” Osterholm told Rogan.

Pangolins, these scaly anteater-like animals, are a very good source because we have coronaviruses just like those in these animals, and it got into a human.”

Pangolins are mammals which are eaten as exotic meat, and they are the second most trafficked animal in the world after humans.

Who is Michael Osterholm?

He also wrote a book in 2017, Deadliest Enemy: Our War Against Killer Germs, outlining how “infectious disease has the terrifying power to disrupt everyday life on a global scale, overwhelming public, and private resources and bringing trade and transportation to a grinding halt.”