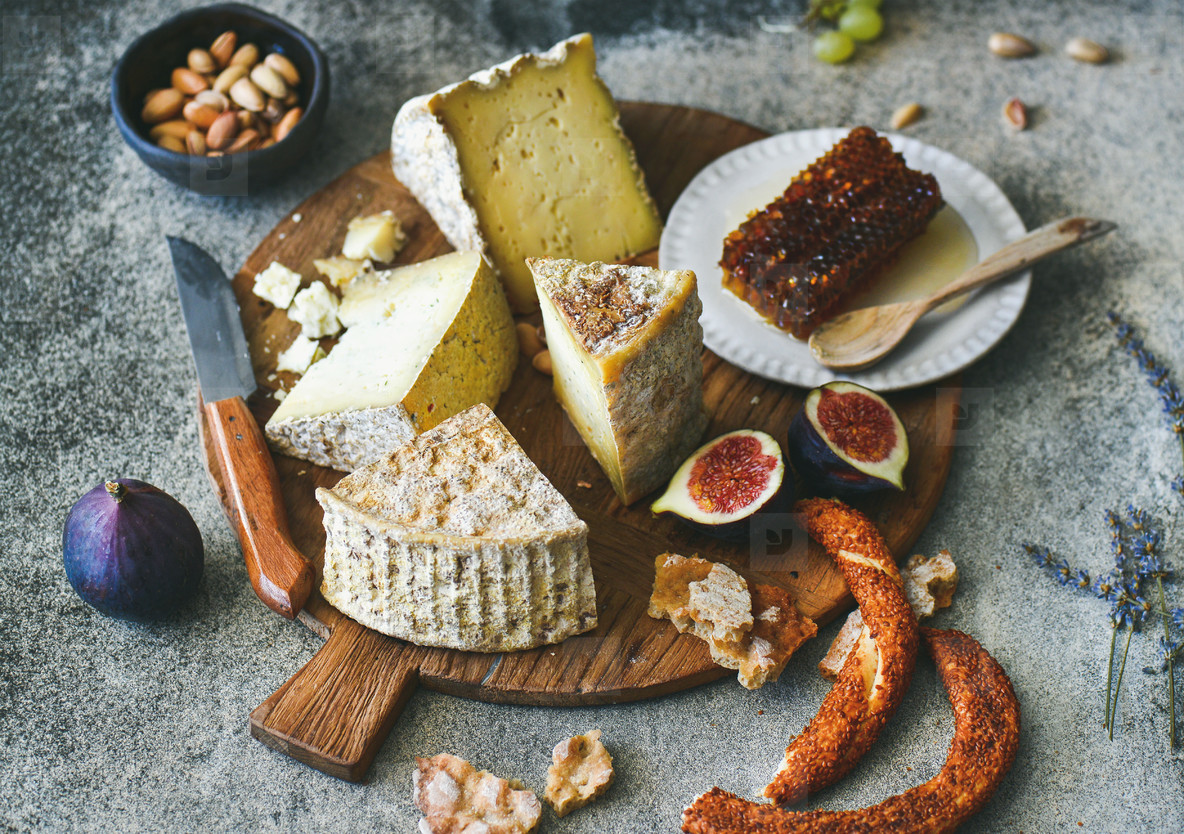 Cheese, in itself, is a widely loved delicacy that has countless varieties. Some of them are melt-in-your-mouth nibbles from heaven, some of them are break-your-teeth bricks, whereas there are some truly offensive to every fiber of your being – and what can I say, all of them are still eaten!

Here’s a list of 9 most unique and special kind of cheeses that you must try at least once in your life, whether you are a cheese lover or not:

#1. Bufala – Best mozzarella in the world

How to have it: On margherita pizza, solo

Imagine the softer, creamier and more flavorful version of the good ol’ mozzarella. As opposed to the basic mozzarella that is made from cow’s milk, Bufala is made from the milk of Italian Mediterranean water buffalo. Filled with buoyant tenderness and and a satisfying tanginess, it is aptly dubbed the best mozzarella in the world. According to cheese experts, the best way to have it is to get it on a margherita pizza or just have it alone without any oil or salt or oregano.

How to have it: Combined with butterscotch, bourbon flavours

Put all the naysayers of Goat cheese aside, and relish this widely loved Gouda that is known for its unique taste of caramel in a waxy yet crystalline texture, almost like a smooth velvet walk for your taste buds. It has a luxurious fruity and gummy aroma, and tastes wonderful when combined with butterscotch and bourbon flavors. Aged goat Gouda just sweetens and mellows with age, which only makes it better.

How to have it: With red wine

Perhaps the most unique cheese on this list, with a mouthwatering meaty, briny flavor hiding behind the most piquant and offensive smell. In fact, there is a saying in France that you cannot carry this cheese on public transports without being criminally convicted. It is made by washing it in brine and local brandy Marc de Bourgogne, and wrapped in a rusty orange rind. The silky insides taste like a flavorful sausage with a briny and salty punch, that works best with a glass of red wine.

#4. Casu Marzu – The cheese from hell

How to have it: At your own risk

Dubbed as the most dangerous cheese in the world by chef Gordon Ramsay, the Casu Marzu is outlawed in most places and is tasted only by the food daredevils who are ready for the extreme punch. Casu Marzu is made from sheep milk, then is left to rot in presence of flies which lay eggs in it. Once the eggs hatch into larvae that look like translucent white worms, it is considered ready to be eaten. It is unsafe to eat when the larvae are dead, so people have it with live worms still squiggling all over it.

#5. Stilton Cheese – Made with real gold

How to have it: With port wine

The Long Clawson Dairy in England has created one of the most expensive cheeses in the world, infused with edible gold leafs and gold cinnamon Schnapps – and it costs $95 for a 100 gm slice. Taste of Stilton cheese is rich and creamy with a mellow crumbly touch on your tongue, and it leaves a sharp aftertaste with a nutty finish.

How to have it: Chewy blocks

Although it comes in a softer variety which is eaten as a side dish with rice, you’d enjoy trying the hard blocks of yak cheese which is chewed like a Himalayan beetle nut. In contrast with most cheeses, yak cheese has a milky, sweet and rich taste that soon begins to ooze a herbal fragrance and earthy tones for a truly satisfying finish. Yak cheese is hardened by drying it over wooden fire, dry-curing it with Tibetan red salt, then leaving it to age.

How to have it: Travel to Zasavica Donkey Reserve in Serbia

Cutting to the chase, it is said that Cleopatra used to bathe in the milk of 700 donkeys that helped in preserving her beauty and youth. But we are not going to do that here. We are talking about the cheese made from Balkan donkey in Serbia, priced at around $500-$1000 per pound. Donkey milk is known for low-fat, high-vitamin, and rich mineral content; and has 60 times more Vitamin C than cow’s milk. It takes about 25 liters of milk to make a kilogram of cheese, and donkeys don’t give a lot of milk so it is hard to produce and very very rare – even if you were willing to pay the price.

#8. Burrata – The cheese from heaven

How to have it: Pizza toppings, salad, with bread

I introduced you to the cheese from hell, and to compensate for that – here’s a little bundle of heaven. This magic is conjured in a pouch of mozzarella curd that is stuffed with stracciatella or cream-soaked strings of mozzarella, and the top of the pouch is tied into a knot. Once you take a bit, or slice into it – the fluid magic flows out with all its delectable goodness.

How to have it: Grilled, with watermelon slices

On the lonely Mediterranean island of Cyprus, Halloumi has been the traditional cheese since centuries. It is commonly used for grilling, frying, and barbecue because this is the cheese that doesn’t easily melt. A very cherished way of consuming halloumi is to eat it with watermelon slices in the Summer, and surprisingly – it makes a very refreshing combination that you must try.