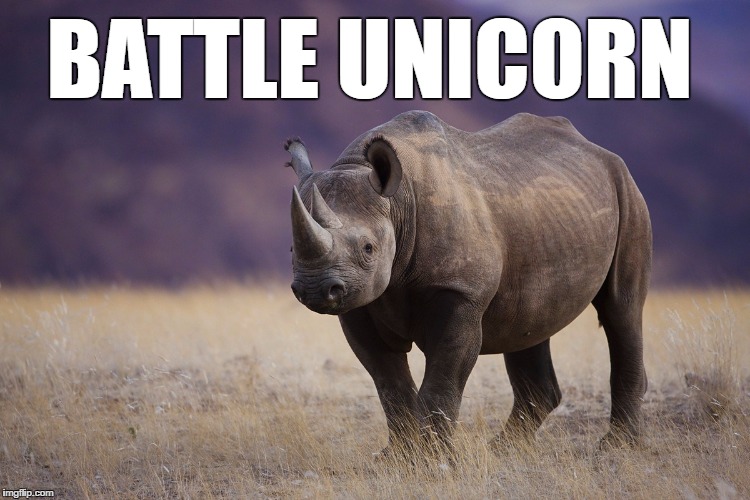 Internet is a treasure trove of hilarious stuff. When some user on Twitter suggested that perhaps we should rename the animals and call them by names that make more sense when you look at them – and that’s how we got Leather Bubblebear, and Stingy Sea Condom.

Jellyfish? Nah. I mean you look at it and you see a giant sea condom, and well, it stings. Ask Monica Geller.

A giant inflatable bubblebear, made of leather. No wonder they easily go flap-flop in the water. You can also call them floaty cows but that’s a bit of a stretch.

Ever seen a Rhino charging? Imagine a unicorn donning a leather armour and a bulky exoskeleton. And then rushing at you like a leather tank.

Disco was popular for a decade, but disco turkey is forever. That bling doesn’t lie.

Just a lemur that has been breaking bad.

The Jungle Tuba that, ironically, trumpets all over the jungle.

There are so many types of nope ropes but be especially aware of the electric one. It can produce 600 volts.

Already has two backpacks full of food (fat, to be precise), and will carry your luggage too. Bless the Bactrian Camel, also known as the luggage horse.

Contempt puppy is the only happy that doesn’t think you’re a bundle of sunshine in his life.

An inhabitant of the Southeast Asian island of Borneo, Nosey McWeinerface is not happy with the name y’all gave them. They would much prefer to be called by their real name, which is Proboscis monkey.

Another one from Madagascar, the land of Lemurs. Name is self-explanatory.

The thunder-goose can run at the speed of 70 kph when they are not wearing pants. To know how fast they’ll run while wearing pants, someone will have to put pants on them – which is hard considering their kick is strong enough to kill a lion. Good luck.

So much crafty than a regular cow. Can climb mountains and shit for the quest and adventures.

Better known as the Sarcastic Fringehead, this cutie can turn really terrifying when it wishes.

Gina Linetti in Brooklyn Nine Nine had the mole rat as her spirit animal for a while. But Toothy McNudist surely has other accolades to his name.

Also known as the Nature’s wolverines.

This murder log is huge and bulky, and quite slow moving on land – but it can still run at 50 kph. Fast enough.

Also known as South flannel moth or Trumpapillar named after Donald Trump’s hair. It is extremely venomous, and you should never touch it.

Manatees are also called sea cows. They are herbivorous, they are mammals, they are cute.

The stab rabbits often wound the young Cheetahs and lions who try to hunt them. Pretty cool, eh?

Hot enough to give you a ride.

Formal chickens are always impeccably dressed for the next corporate meetings, although they keep wondering why after every corporate meeting their ice keeps melting more and more. Surely, there is a catch and Kowalski will analyse it one day.

Skunk that stunk? Fart squirrel is more apt a name.

Prison ponies from the Savannahs of Africa.

In China, people actually have danger noodles and regular noodles together.

You might think that Pelicans use those beakbags as a built-in lunch box, but those are actually used as fishing nets.

What a turnaround for Tyrannosaurus!