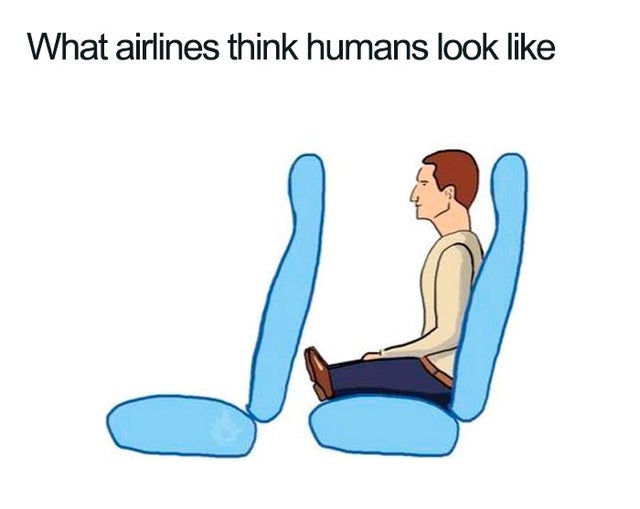 Travelling can be real fun and adventurous, but there are times when things go wrong. Sometimes in a hilarious way, but some other times they really do go absurd.

And the best reaction to absurdity is found via humour, which is why we have compiled some of the most hilarious travel memes that every kind of traveller will relate with:

#1. Modern solution to an eternal problem 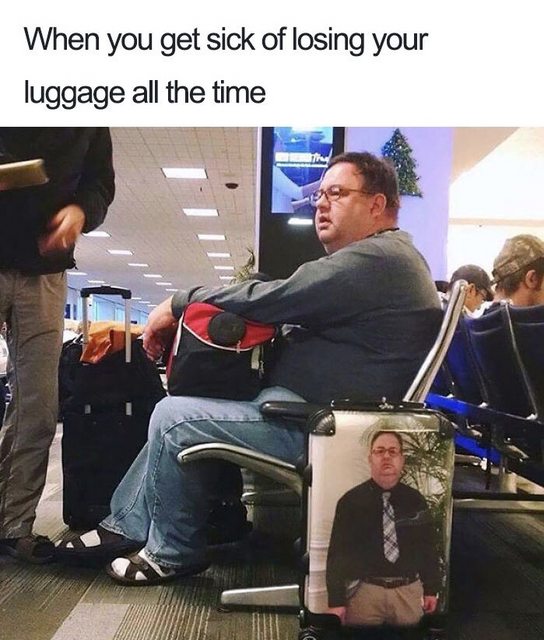 Losing your luggage has been a problem as old as the humanity. And this guy found the perfect solution to it. You can’t lose your luggage, someone else can’t run away with it either.

#2. This happens all the time

The number of people who do this is outrageous.

..and no one will, if the plane crashes for real.

Someone on Twitter said airports are a lawless place. Tired? Sleep on the floor. Hungry? Chips now cost $17.

#5. Just one of the airport policies that make total sense, innit?

I’d love it someone who worked in an airline can explain this sorcery!

Man in the black T-shirt has just the most suitable reaction to this “future.”

The person who got pranked will think twice even before plugging into a real socket. And will they be able to trust electric sockets on an airport ever again?

#9. Best feeling in the world

Blessed feeling. Imagine how great it’d feel to be on the space station then.

Yet, ironically, they don’t have facilities for differently abled people who actually look like that.

#11. Are they fixing the lack of a phalange?

Although they did use duct tape to fix up the Apollo 13 when it was returning to Earth from the Moon, but still this is a sight you do not want to see.

Also, what is a phalange, you ask? You might want to check out the meaning of 23 unique and hilarious words from the TV Show FRIENDS.

We all are very interested to know whether they let her carry it or not. According to most airline policies, you are actually allowed to carry frozen material through the screening. So I guess she won.