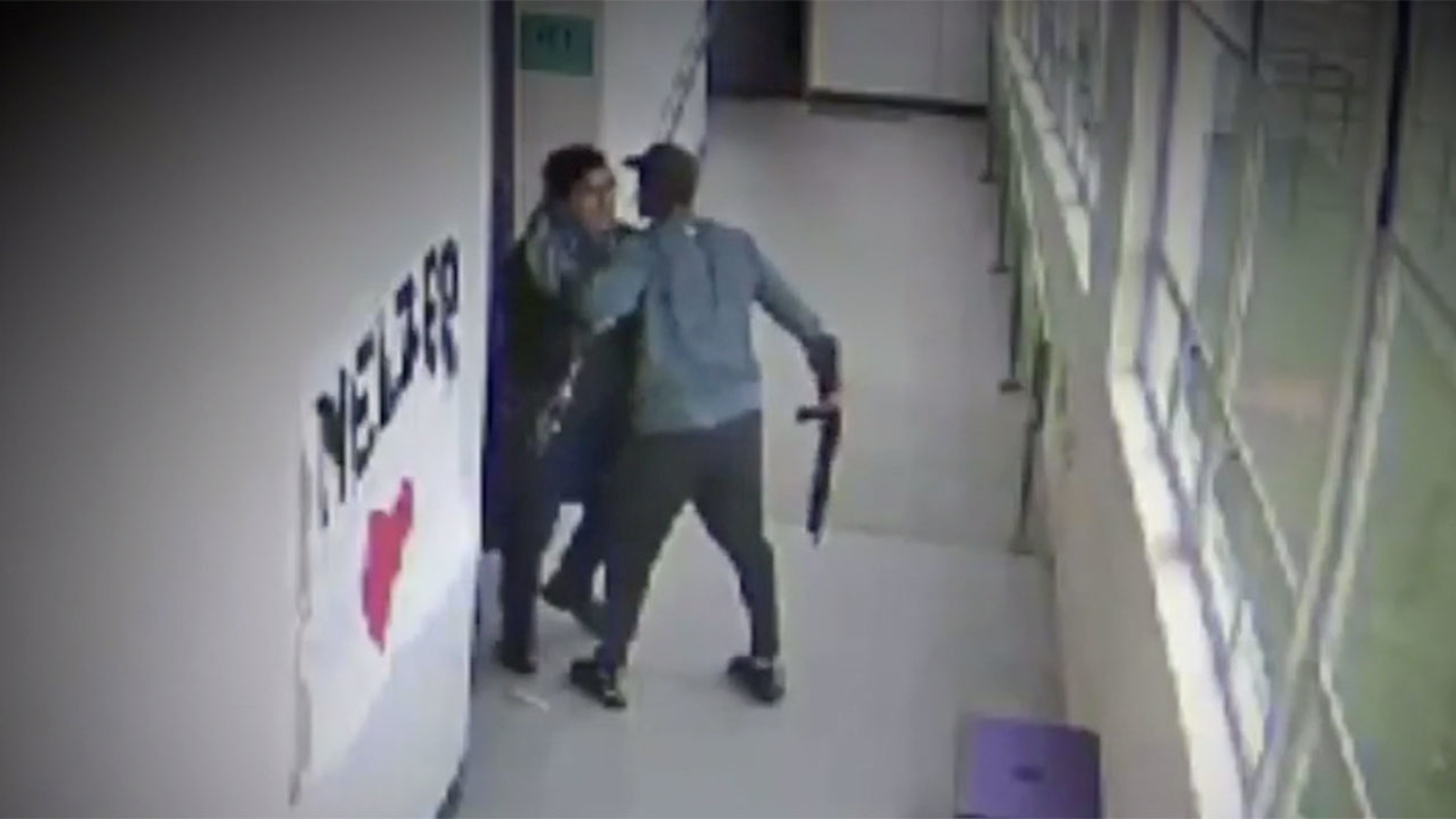 A student walked into an Oregon school with a gun in hand, and he was stopped by a football coach who hugged the student for a whole one minute, calmed him down, and took the gun away from him.

The video was posted on Twitter by Alyssa Milano, and it has been going viral since.

Football Coach hugged and calmed the student with gun

This is so powerful. pic.twitter.com/EyIMxUkx9Z

The video has been released by Parkrose High School in Oregon, which shows the 18-year-old student walk into the school while hiding the gun inside his trenchcoat. As soon as he entered the lobby, students immediately rushed out of their classrooms.

You can see children rushing out of class in this video:

First you see the gunman with a shotgun hidden under his jacket walk by in the lower right of your screen, and then moments later kids flee. https://t.co/8jiwecCjg6 pic.twitter.com/ei0yOOCBJN

Keanon Lowe, the football coach at Parkrose High School, who also works as the security guard there, narrated the incident to Koin 6 in an interview: “I walk in there, I get to the classroom, I’m in the classroom for 15, 20 seconds – you know, I ask the teacher, ‘Is the student here?'”

“The door opens – I’m within arm’s length of the door, about 3 feet away from the door, and there’s a kid with a gun, a shotgun. In a fraction of a second, I analysed everything really fast,” he added.

I saw the look on his face, look in his eyes, looked at the gun, realised it was a real gun and then my instincts just took over. I lunged for the gun, put two hands on the gun. He had his two hands on the gun and obviously, the kids are running out of the classroom and screaming.

Lowe was full of sympathy and compassion for the student

As you saw in the video, Lowe takes the gun away from the student and hands it over to another teacher. Then he hugs the student tightly, while speaking some words to him.

Lowe said in the interview

I felt compassion for him; a lot of times, especially when you’re young, you don’t realise what you’re doing until it’s over.

After the video went viral, Twitter erupted in support and sympathy: 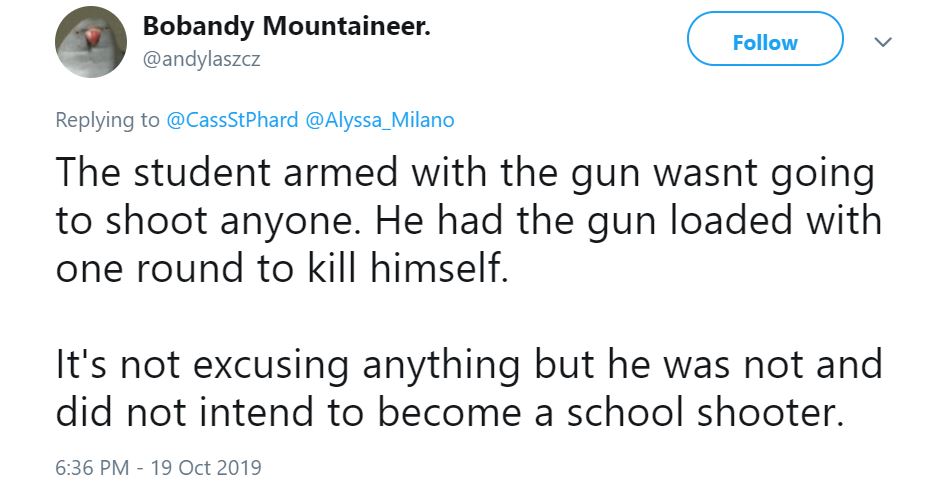 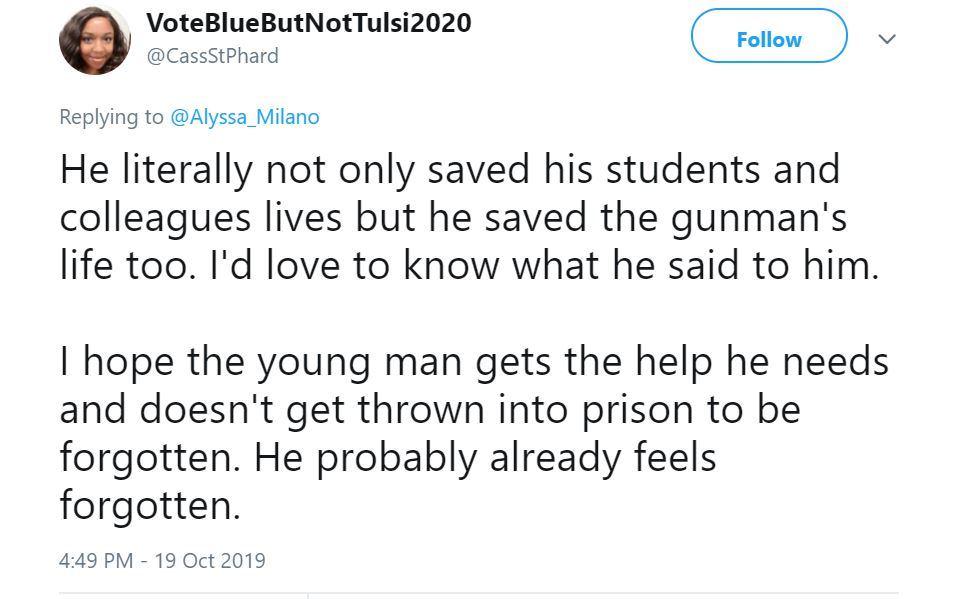 Only light can drive out darkness.

Most people brought out valid points about the importance of mental health and taking cognizance of issues that cause alienation and isolation among youth. Some said that the student felt acknowledged after that hug, and it can be seen in the video as to how tightly he hugged the teacher. He was just starved for some human contact, and he was there in the school to end his own life that day.

Thankfully, there were no casualties in this incident. Student pleaded guilty to the gun charges and was given a 36-month probation.