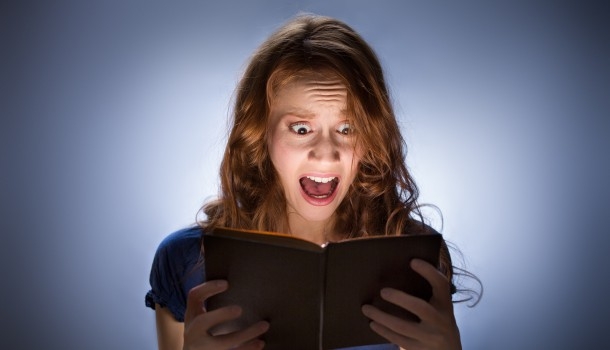 Aren’t brains amazing? There is this tiny blob of fat inside your skull that makes you imagine and create amazing things, but it also cooks up terrifying stuff that can shake you to your bones. Phobias are also such terrifying things, literally.

Most phobias originate due to trauma and negative experiences, while some phobias such as homophobia and transphobia stem from prejudice and ignorance and hate – there are some other phobias too which we do not fully understand. We don’t know why they exist and how they function.

Here’s a list of 10 most bizarre and inexplicable phobias.

People affected by panophobia feel a constant and persistent dread of some unknown evil that is just everywhere, and in everything. It is related to chronic anxiety and paranoia but there is hardly any research done on panophobia.

#2. Nomophobia – fear of being without your phone

50% of all mobile users are affected by nomophobia. Nomophobia is the fear of being without your phone or not being able to use your phone. People with nomophobia are scared to go out without their mobile phones, they are afraid of their mobile being out of charge or even without data or without signal.

#3. Spectrophobia – fear of mirrors and one’s own reflection

This is something that is too common in horror movies. This phobia is deeply tied to religious superstitions where people might imagine seeing monsters or ghosts in the mirrors, or even a distorted version of their own reflection. Sometimes it’s also related to low self-esteem about one’s own appearance, when the person thinks they look ugly and hate the sight of their own face.

#4. Arachibutyrophobia – fear of peanut butter sticking to the roof of the mouth

One of the the weirdest and irrational phobias, arachibutyrophobia is the fear of peanut butter getting stuck on the roof of your mouth. Symptoms of this phobia are panic, anxiety, dread, terror, fast heartbeat and shortness of breath whenever a chunk of peanut butter is sticking to the roof of the mouth.

Studies show that a lot of men and women shy away from dating beautiful women. It can be because they feel intimidated by the beautiful appearance, but in some cases there is this fear of beautiful women that causes them to back off. Possible reasons might be low self-esteem, fear of rejection etc.

People with omphalophobia are terrified to see or touch their own navels, and they are even more terrified by other people’s navels. No one knows why or how this happens.

Hippopotomonstrosesquippedaliophobia is the fear of long words. Ironically, this word is also one of the longest words in the dictionary.

While most people are scared of bad news, there are some of us who are afraid of good news. It stems from trauma, and the kind of thinking that good news will bring some terrible disaster afterwards. People get tired of getting disappointed and then just embrace the negativity of life, eventually they are repulsed by anything good happening in their lives.

There is a vast majority of people who are scared by the Pope and other Christian saints and priests. Fear of religious figures is rooted in the fact that all religions thrive on the basis of fear – threatening people with eternal torture in hell if they don’t follow some absurd and outdated rulebook.

It’s strange but there are people who are afraid of strings. It could be related to fear of being constrained, restricted or getting tied up.