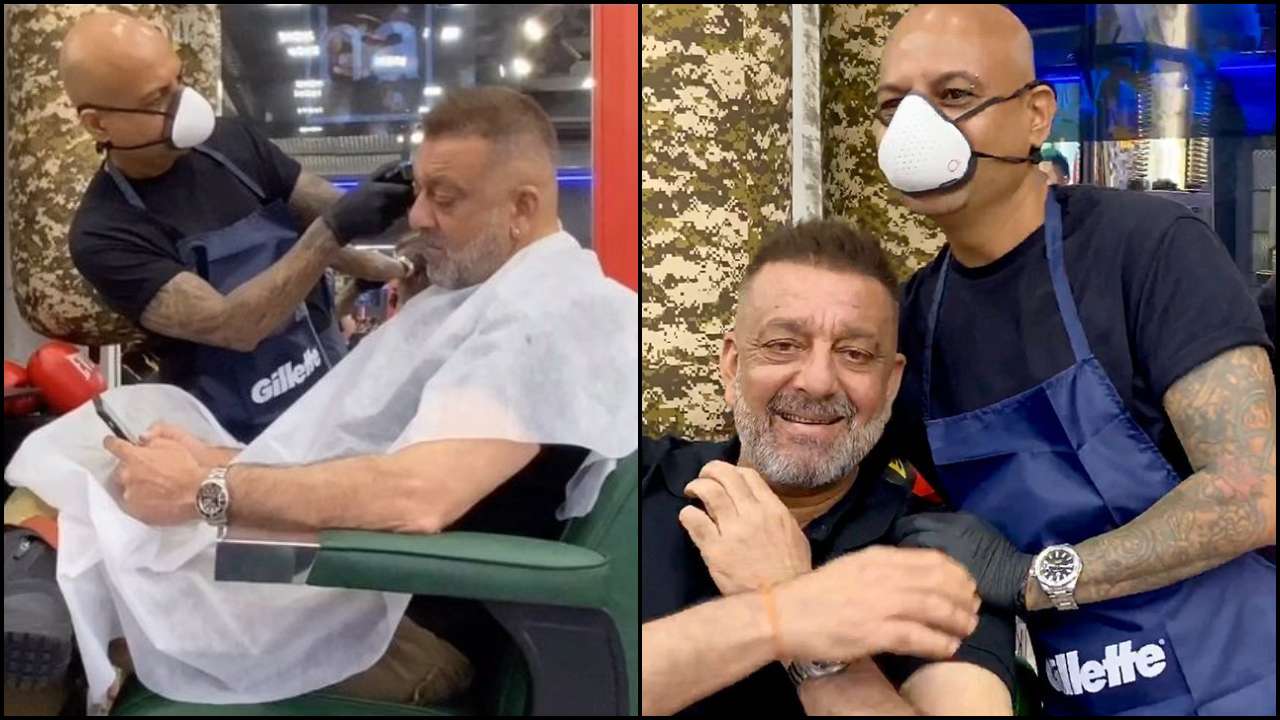 Sanjay Dutt, who took a break from work because of health-related issues, recently visited a salon for a haircut. Celebrity hairstylist Aalim Hakim shared a video of Sanjay Dutt, which is going madly viral on social media. In the video, the actor talked about being diagnosed with cancer for the first time and revealed that he was all set to be back at work.

On August 11, the 61-year-old actor, who was hospitalized a few days before that due to breathing issue and chest discomfort, shared that he was taking a break for medical treatment. Although Dutt or his family members did not reveal anything officially at that point, trade analyst and film industry insider Komal Nahta subsequently confirmed that the actor had been diagnosed with lung cancer.

“Sanjay Dutt diagnosed with lung cancer. Let’s pray for his speedy recovery,” Nahta had tweeted on his official Twitter account in August.

Here’s What Sanjay Dutt Said In A Video

“Hi, this is Sanjay Dutt. Good to be back in the salon. Got a haircut. If you see this, this is a recent scar in my life, but I will beat it. I will be out of this cancer soon,” the actor said in the video. Sanjay Dutt announced that he is taking a break from work because of the health issues in August. A few days after that, he told the paparazzi outside his home: “Pray for me,” while leaving for the hospital. After his announcement, the Panipat actor was spotted visiting Mumbai’s Kokilaben Hospital a few times, where he is said to be going for treatment.

The actor flew to Dubai on a chartered flight with his wife Maanayata earlier this month. He met his kids Shahraan and Iqra there and recently returned to Mumbai. He will begin dubbing for his film Shamshera, with Ranbir Kapoor and Vaani Kapoor. He said, “I had shaved, but I need it for my look in KGF, which we are starting in November. I am happy to be back on the sets again. Tomorrow, I will be dubbing for Shamshera, so that will be fun. It’s good to be back.”

Will Be Back To Work Soon

Dutt gave an update on resuming the shoot of KGF: Chapter 2 in November this year.