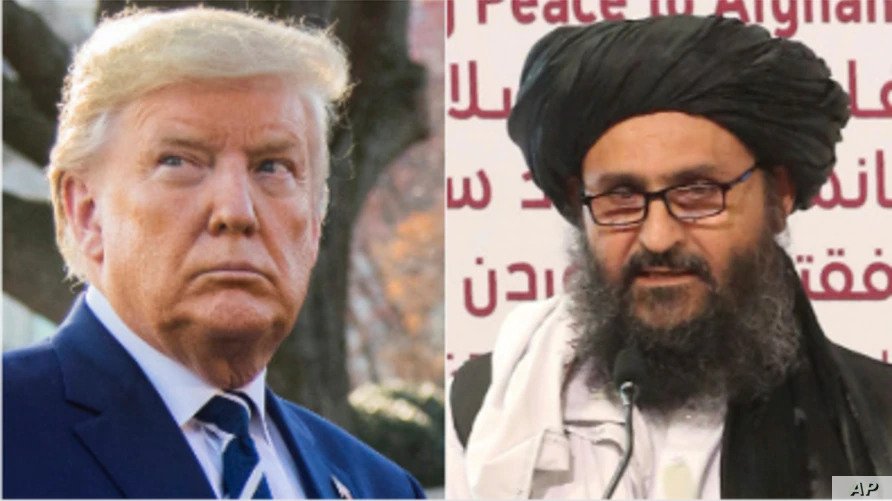 So it does not come as surprise when a terrorist group like the Taliban takes interest in the US presidential election.

What’s worse, the Taliban is now endorsing Donald Trump and hoping that he wins the upcoming election.

CBS News interviewed some members of the Taliban, and they said they are hoping for Donald Trump to win the election in November, and then withdraw the US troops from Afghanistan.

According to Zabihullah Mujahid who is a spokesperson for Taliban:

“We hope he will win the election and wind up the US military presence in Afghanistan.”

Taliban also said that they were worried when Donald Trump was diagnosed positive with COVID-19, and they said they wished for his good health.

“When we heard about Trump being COVID-19 positive, we got worried for his health, but seems he is getting better.”

So how are the Trump supporters taking it?

You might be wondering how it would sit with the core supporter base of Donald Trump – which is in general, white and racist and xenophobic. How would Trump supporters feel if the members of an extremist Islamic organization would support the man whom they so cherish?

Donald Trump’s team responded quickly and said that they reject the support of the Taliban.

Why is Trump signing deals with Taliban?

Taliban’s support for Trump came after the announcement that US will withdraw the military from Afghanistan by the Christmas of 2020. This might seem like a far-fetched promise, considering that Donald Trump has been president for 4 years and the American military is still rampaging in Afghanistan.

Taliban obviously welcomes this move and says that this is the right step in reaching a settlement between USA and Taliban. In February, Donald Trump had signed an agreement with Taliban in Doha, which said that US will remove their military from Afghanistan.

Curiously enough, while the USA claims to be at war against terrorism – this signing of deals and agreements with terrorist groups shows the truth.

If US really stands for freedom and democracy, then why is it friends with Saudi Arabia?