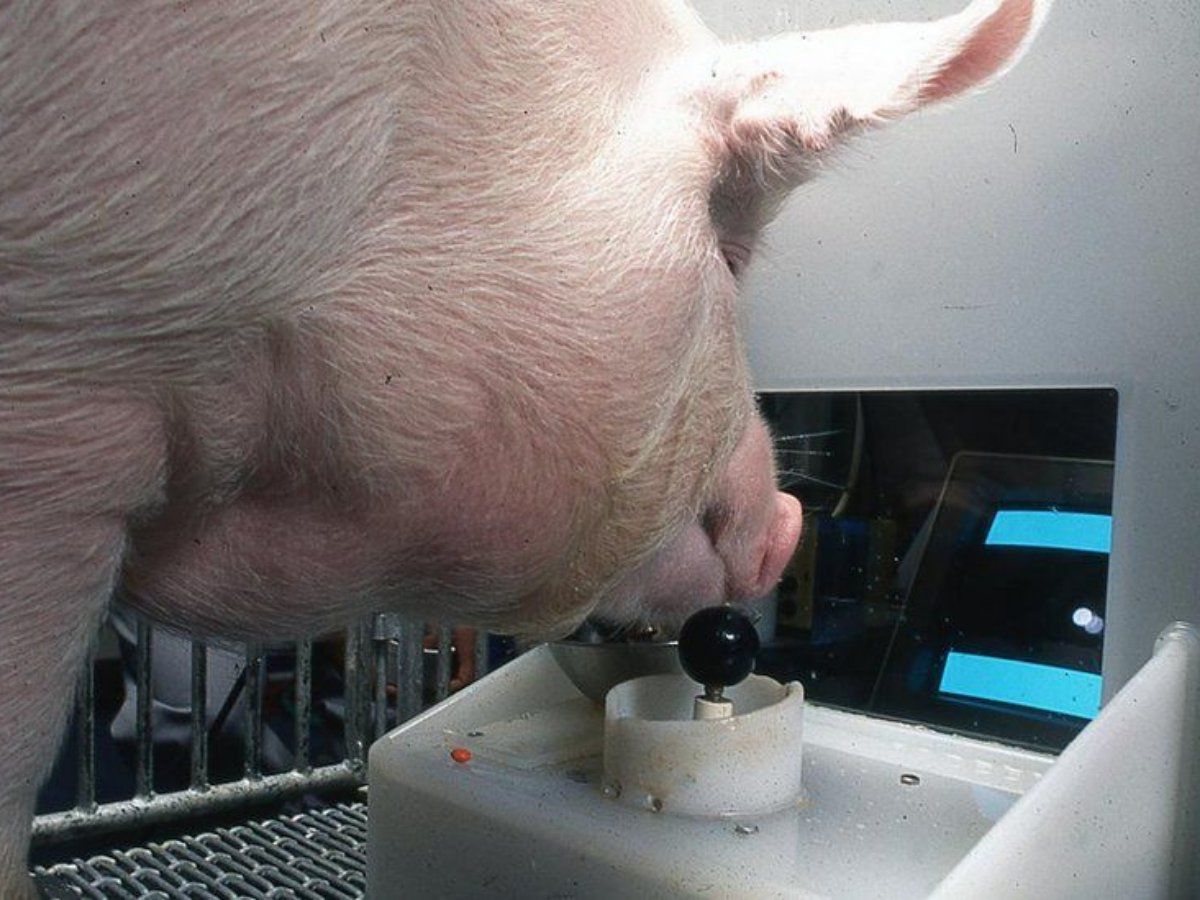 A pig might not be your favorite animal but that can’t stop it from playing video games. A recent study revealed that pigs are not just like any regular intelligent animals but are skilled gamers.

The research into pig intelligence

The paper ‘Frontiers in Psychology’ is a consummation of an extensive research into pig intelligence in the 90s led by “legendary swine researcher” Stanley Curtis who died in 2010. The study was co-authored by Candace Croney, director of Purdue University’s Center for Animal Welfare Science, and Sarah Boysen, a professor of psychology at Ohio State University renowned for her research into chimpanzees.

The pigs obtained training at a “rudimentary joystick-operated video game task” which was originally designed to test monkeys and chimpanzees. In this game task the pigs learned to move a computer cursor by manipulating a joystick with their snouts. Once they steered the cursor to hit a wall, the dispenser connected to the joystick would deliver a snack.

The game showcased varying difficulty levels where the number of walls that appeared in-screen decreased from four to one. Although the performance varied with change in levels the pigs ended up excelling at the game.

The study stated that, “ the pigs achieved the level of success they did on a task that was significantly outside their normal frame of reference in itself remarkable, and indicative of their behavioral and cognitive flexibility. Even after the joystick broke, the pigs continued to make correct responses when rewarded only with verbal and tactile reinforcement from the experimenter, who was also their primary caretaker.”

Pigs aren’t as good as monkeys 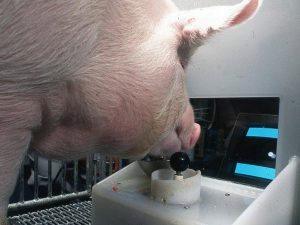 The study also highlighted that the pigs didn’t perform as well as the chimpanzees and  rhesus macaques that were trained with the joystick in a similar fashion. The reason for the same is considered to be that the pigs had to move the joystick with their snouts.

“We could train them on how to manipulate the joystick and how to attend to the screen but they had to independently figure out the connection between what they were doing and where … their behavior was actually having an effect. You cannot teach that. The animal either figures it out or they don’t. And there is nothing in the natural behavior or evolutionary history of the pig that would have suggested they could do this to any degree,”  Candace told.

The study concluded that, “the future studies of the cognitive capacities of pigs and other domestic species may benefit from the use of touchscreens or other advanced computer-interfaced technology.”