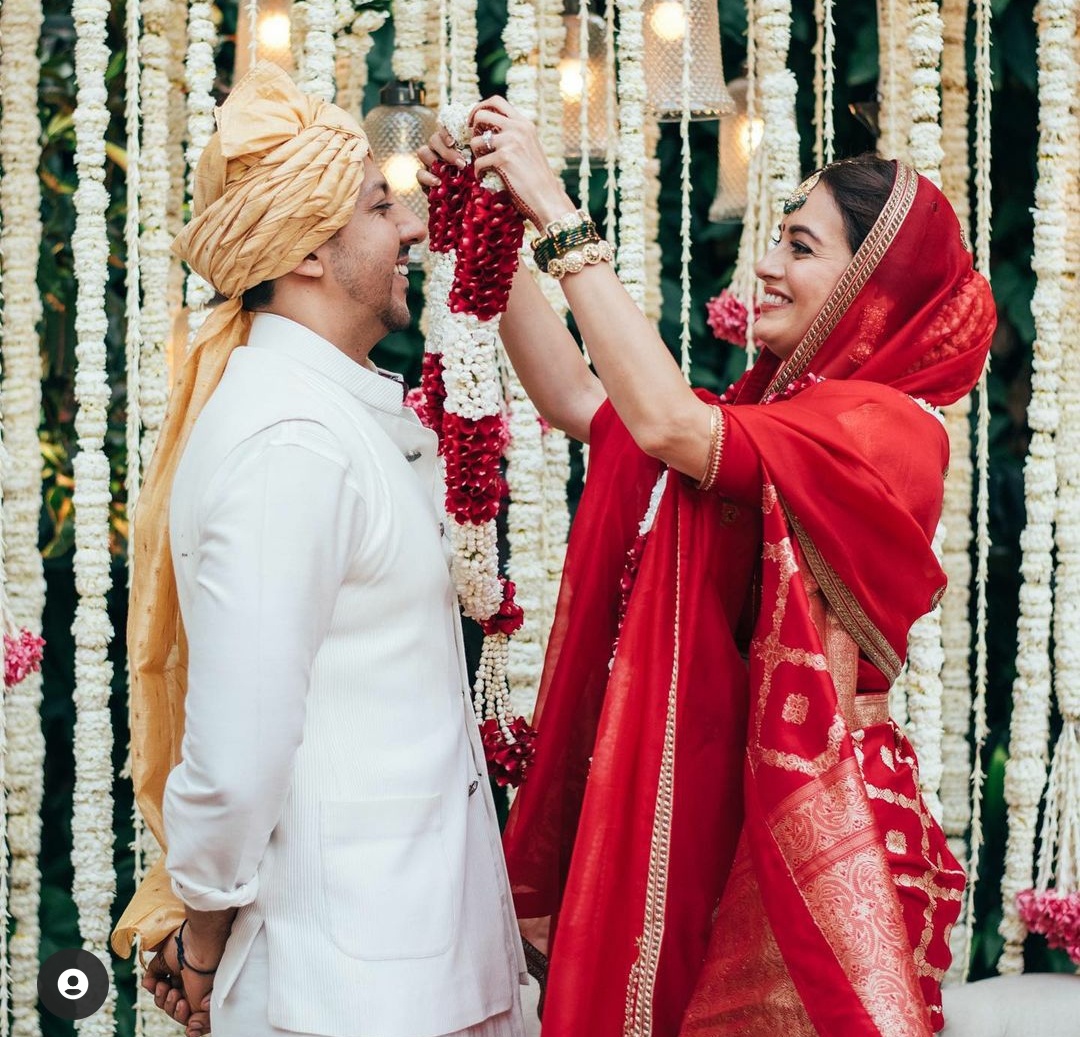 Love is a full-circle that we call home. And what a miracle it is to hear its knock, open the door, and be found by it. – Dia Mirza

Bollywood’s most beautiful, loved, admired, and respectful actress gave love the second chance. Dia Mirza and Vaibhav Rekhi tied the knot on Monday. The wedding was an intimate affair. The couple made it official with the signing of marriage documents. They also had a Varmala ceremony. 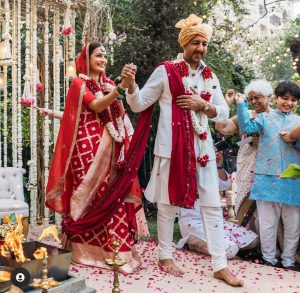 Dia and Vaibhav got married in Mumbai in presence of family and close friends. The private ceremony witnessed Aditi Rao in a plush pink saree.

Although Aditi is a very close friend of Dia and we expected her on a “Ladki Vale” side but to our surprise, Aditi was representing the groom’s side!

A photo of the actress went viral wherein she was happily safeguarding Vaibhav’s jutti’s (shoes). Aditi shared a picture of hers where she’s holding Vaibhav’s Juttis on her Instagram with a caption “Always got your back father.”

Dia wore a gorgeous red saree to her wedding with a red veil over her head. She wore a large golden necklace and green bangles. Vaibhav also looked dapper in his white wedding outfit and a golden saafa (turban).

Later after her wedding, Dia was also spotted distributing sweets to the paparazzi gathered outside her home. Both Dia and Vaibhav posed for photos as well.

On Saturday, Dia Mirza was spotted exiting a Mumbai venue with a bunch of friends, after what appeared to be a close-knit party. Soon, Pooja Dadlani, who manages actor Shah Rukh Khan, shared a few photos of Dia Mirza and Vaibhav Rekhi on Instagram from what appears to be the same get-together. Pooja Dadlani, who seems to be related to Vaibhav Rekhi, wrote: “Welcome to our crazy family, Dia Mirza”, and added: “We all love you.” In the photos, Dia Mirza and Vaibhav Rekhi can be seen smiling ear-to-ear as they pose with their friends.

Dia Mirza, a former beauty queen, is best known for starring in films such as Rehnaa Hai Tere Dil Mein, Sanju, Dum, Dus, and My Brother… Nikhil, among others. She was last seen in the 2020 film Thappad. Dia Mirza also co-hosted the show Bharat Ke Mahaveer along with Sonu Sood, a documentary series on COVID-19 heroes.