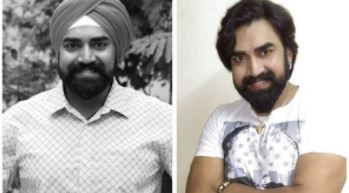 The Bollywood film industry witnessed the black day yet again, this time due to the unexpected demise of actor Sandeep Nahar. Sandeep was a great supporting actor who has worked with actors such as Sushant Singh Rajput and Akshay Kumar in MS Doni -The Untold Story and Kesari respectively.

He committed suicide on Monday evening in Mumbai after posting a video and a “suicide note” on Facebook in which he apparently blamed his wife and also stated about the dirty “politics” he faced in Bollywood, police said. Nahar’s move shook the whole Bollywood film industry again.

What Made Nahar Took This Step?

Nahar was unhappy with both his personal and professional lives.

Before taking a huge step the MS Doni actor left a suicide note and a video. In the video in Hindi, he can be heard saying that he was “frustrated” with constant fights with his wife and was being harassed and blackmailed by her and also by his mother-in-law.

“I would’ve died by suicide a long time ago but I chose to give myself the time and hope that things would get better, but they didn’t. I now have nowhere to go. I don’t know what awaits me after I take this step, but I’ve been through hell in this life.

“I have only one request after I am gone, please don’t say anything to Kanchan (his wife) but do get her treated,” he said.

He also mentioned “politics” he faced in Bollywood, “unprofessional functioning and the lack of emotions in people working in the industry”.

As per the sources, Nahar probably made this video around three hours before his death.

Sandeep Nahar’s death has left his co-stars Anupam Kher and Bhumika Chawla shocked. Suchitra Pillai, who worked with him in Kehne Ko Humsafar Hai remembered him as a ‘happy-go-lucky and gregarious’ person.

Akshay Kumar also mourned on late actor’s death. Akshay in his Tweet mentioned, “Heartbreaking to know about #SandeepNahar’s passing away. A smiling young man passionate for food as I remember him from Kesari. Life’s unpredictable. Please seek help if ever feeling low. Peace for his soul”.

Bhumika Chawla, who played Sushant Singh Rajput’s sister in the film, shared that whatever happened is extremely sad. “Depression and suicides have become common; it is so unfortunate.”

Anupam Kher, who played Sushant’s father in the same film, also shared this view, saying, “Sandeep was a happy-go-lucky guy. I had about 2-3 scenes with him. He had more scenes with other actors in the film but he was undoubtedly a good actor.”

Suchitra Pillai, who worked with the late actor in the series Kehne Ko Humsafar Hai, said she was shocked. “It is just unreal! Sandeep and I worked together for three years on this show. He was one of the most gregarious people on the set. He used to make us laugh by cracking silly jokes all the time. He was such a jovial person. This entire episode makes us realize about the pain behind these happy faces.”

Sandeep Nahar was found unconscious at his flat on Monday evening by his wife Kanchan and friends who took him to SVR Hospital, where he was declared dead on arrival, police have said. He added the door of Nahar’s bedroom was locked from inside and frequent knocks by the actor’s wife failed to evoke any response. She then called for help and the door was finally opened with a duplicate key.

On Tuesday, the brother and father of Nahar reached the Goregaon police station to claim his body to perform his last rites, he said. According to the official, no complaint was lodged so far from any side. On the basis of primary information, Goregaon police have registered a case of accidental death and awaiting a postmortem report. The official said police will record statements of Nahar’s wife and of others who had rushed him to hospital.