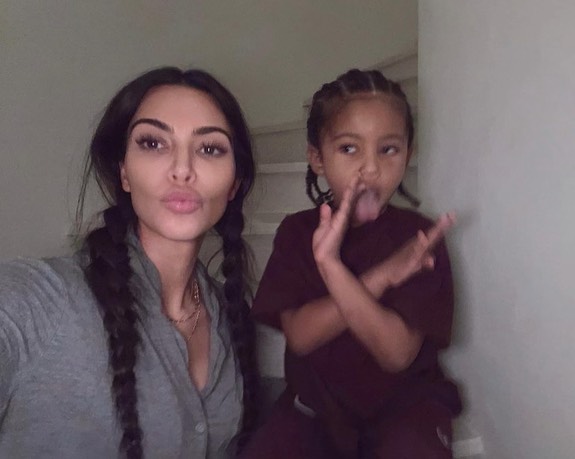 Many of you guys are Disney fans so it might make you happy knowing that Kim Kardashian is one of you.

Kim Kardashian posted a video on Instagram where the 40 year-old mother of four can be seen expressing her love for daughter Chicago West and nieces True Thompson and Stormi Webster as they watched the Disney classic.

Kim who released her single “Jam” in 2011 began singing the movie’s opening song “Belle” and the three kids joined her.

As she started singing she asked the toddlers: “Do you know guys not know all the words to this?” and True, 2, and Stormi, 3, stared at the huge movie screen while Chicago, 3, was more interested in her juice box. “I love this movie. Beauty and the Beast,” Kim said.

The little girls didn’t seem too interested in continuing with Kim as the SKIMS founder enjoyed every bit of the music.

Chicago’s birthday night was one of the latest Kardashian family gatherings as Kim, Kourtney, Khloe  and Kylie Jenner got their kids together to celebrate Stormi Webster’s 3rd birthday in Turks and Caicos.

A source revealed that “they stayed at a private villa where they have often stayed in the past. They stayed for three nights and had a great vacation spending time at the beach, swimming, taking boat rides and playing in the sand.”