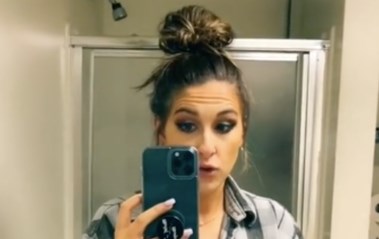 Felicia, a TikToker shared a ‘genius’ parenting hack to teach kids the value of money which led to a furious debate among the viewers on the social media platform.

In a TikTok video clip Felicia explained how she makes her 7 year-old daughter do chores so that the little girl pays her own bills. This interesting video garnered over 6.5 million views.

Known by @feliciaraefarley on TikTok, Felicia shared the parenting hack saying: “Every week my daughter has a list of chores. If those chores were completed daily she will get $7 at the end of the week.”

“She is then required to pay her bills for living in the house. $1 for food, water, electricity,   internet and rent – so in total, she pays $5 for bills. She has $2 leftover which she can keep and save or spend ”, Felicia explained.

The mum further explains how she imparts the learning, “Felicia then takes that $5, approximately £3.60, and puts it into a savings account for her daughter so that when she turns 18, she’ll know that she earned all of that money herself – and thus, know the value of money.”

Explaining the details, Felicia said: “In another video, the mum laid out all of the different chores she sets for her daughter.”

She stated that she looked for ‘age-appropriate chores on Pinterest and came across a list including vacuuming, cleaning toilets, taking out the bins, meal prepping, making her bed every day and picking up after herself.

To make the chores engaging and more interesting, Felicia changes the chores and at times turns them into games.

This other video about chores has been viewed about 2 million and received a divided response from the viewers as some loved the idea and others found the 7 year-old daughter too young to do chores.

One commented “Too young to be paying for a life she didn’t ask for, You’re supposed to provide for your children.”

One of the admirers of the idea states that: This is actually genius… I turn 18 March 1 and still know nothing about proper finances and have had to learn from minor mistakes.”

Coming to an agreement with Felicia, a viewer shared that: “We do this with my four-year-old and she bought her own pets. She has two mice and a bird that she cares for on her own.”