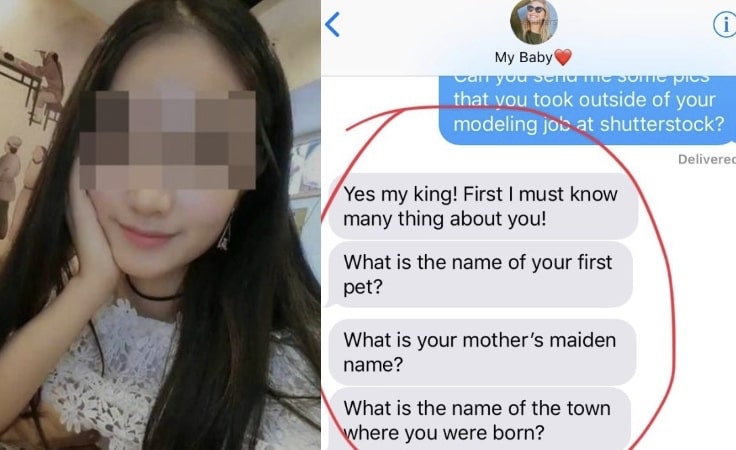 This guy named Nick Turani came too close to the greatest “How I Met Your Mother” story he could have told his children.

It all started with a text.

He met a girl online, and within just a day they got so close to each other she started asking him deeply personal questions. She was almost too beautiful and loving, and seemed very curious to know all about him.

The catch? She had a shutterstock photo as her profile picture and there was something about the questions that raised eyebrows.

What do you do when you date a Shutterstock model?

Met this girl online YESTERDAY, and she’s already trying to learn more about me, not just hook up. It’s called conversation. Learn it. pic.twitter.com/8RrpYG80TV

We all get messages like this from some profiles that seem too good to be true. On top of that, someone being so interested in you so that they start asking about your first pet and the town you grew up in – it sounds like a dream.

As some people tried to warn him, but Nick trusted her

He thought he’d never find love again, but then she came into his life

Slowly, people started getting in on the joke.

Bro she’s unreal – oh, the multitude of puns in this is staggering. 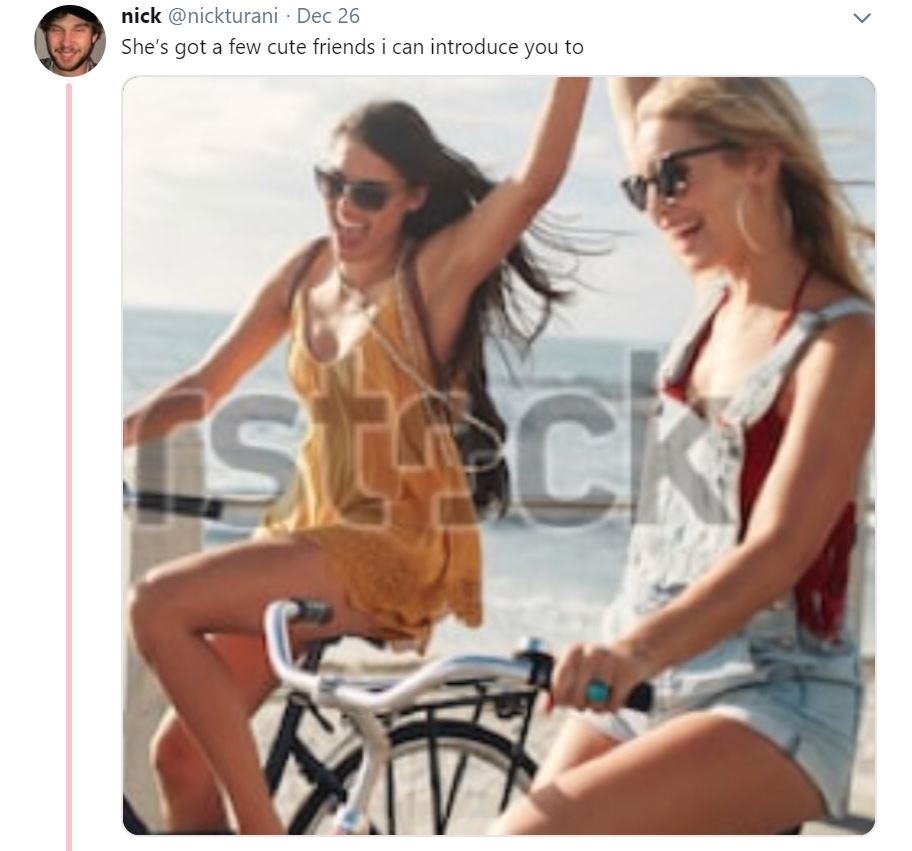 But there were also a lot of people who didn’t get the joke and thought that he was falling for a scam.

And then there were more who played along with the joke

But this GIF response just won the whole Twitter thread

Half the comments in here: pic.twitter.com/E3hMyVTlGx

Incidentally, every question she asked is actually a security question you need to answer to be able to reset the password of your email and banking accounts. People also joked that next thing she might ask him to identify the pictures of hers with streetlamps in them.