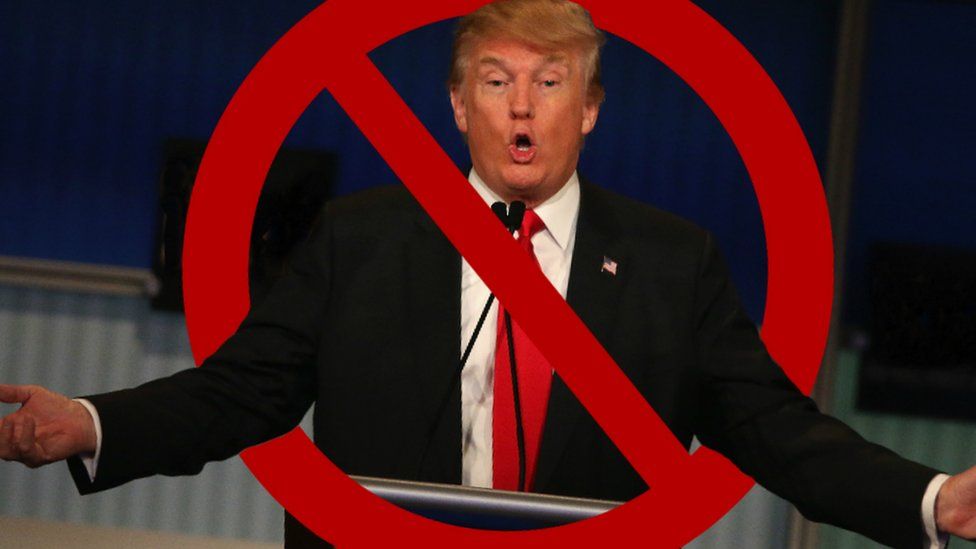 After the coup on the US Capitol by white supremacists and right-wingers of the US – Donald Trump has suffered the consequences of his own actions.

He was banned from Twitter, Facebook, Instagram, Snapchat, Twitch, and many other social apps for condoning the violence and instigating the coup against democracy. Earlier today, he was allowed to be back on Twitter but he is still banned from many other platforms. Some of his videos were removed from YouTube as well.

This ban came after he posted a series of messages, calling the white supremacists as “patriots” and said, “We love you.”

Only Twitter has allowed him to come back, but on one condition

And even though Trump is back on Twitter after a 12-hour ban, Twitter has asked him to follow some rules. He is supposed to avoid making any false claims of voter fraud, and not to instigate violence by the white supremacists.

Many of Trump’s inflammatory tweets have been removed and Twitter has given Trump a final warning that if he violates the rules again, then he will be banned permanently. According to a Twitter spokesperson:

“After the Tweets were removed and the subsequent 12-hour period expired, access to @realDonaldTrump was restored. Any future violations of the Twitter Rules, including our Civic Integrity or Violent Threats policies, will result in permanent suspension of the @realDonaldTrump account.”

On the other hand, Facebook CEO Mark Zuckerberg posted a message explaining why they have decided to ban Trump: 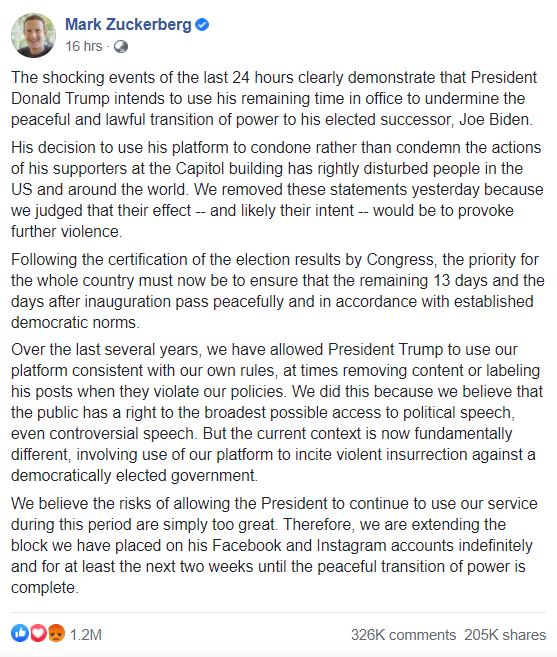 It was originally a 24-hour ban but then Zuckerberg extended the ban, saying that the risk of Donald Trump being allowed on the platform is “simply too great.” He also said Facebook had removed Trump’s posts “because we judged that their effect – and likely their intent – would be to provoke further violence”.

Facebook and Instagram’s ban on Donald Trump is likely to last till 20th January, when Joe Biden finally makes a transition to the White House as the President of the USA.

“Therefore, we are extending the block we have placed on his Facebook and Instagram accounts indefinitely and for at least the next two weeks until the peaceful transition of power is complete.”

Other social media platforms that have banned Trump:

Even the popular gaming platform Twitch also banned Donald Trump’s channel, which was used for broadcasting his rallies.

Snapchat also stopped Trump from making new posts, and they haven’t said how long it would take to lift the ban on Trump.

YouTube has removed his video from Wednesday where he was making claims of stolen election and provoking his followers.