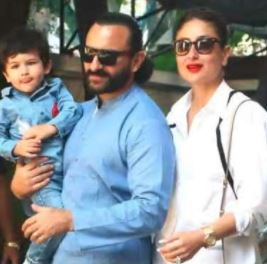 Kareena Kapoor Khan and Saif Ali Khan were trolled after their second baby was born. Trolls hit the new low this time. While the trolls were trolling Safina’s newborn there was a monotony was found in their comments.

What Was The Trolling All About?

Kareena Kapoor Khan and Saif Ali Khan were blessed with a boy on January 21 this year. They became parents for the second time. As soon as Taimur’s baby brother was born, people rushed on to Twitter and started trolling the Khan family. The trolling was basically on what name would they give to their second child.

The trolls were divided into a few categories, some were concerned about Taimur’s fame whereas some had name suggestions for the second-born, trolls proposed to keep the name Nadir Shah or Ravan as the 1st one was called as Taimur.

While the trolls hit the bedrock, the media was expecting something new from them and advised that they must up their trolling game as it is getting rusty.

People have become so vicious these days that all they think about is trolling instead of being happy in the happiness of others. After the cruel series of tweets and hashtags, we are wondering what would happen when the boy’s name will be officially announced? We already see the fingers flying over keyboards and keypads to spread the venom all over social media and when the name will be out, people would have opinions on that too. Meanwhile, we congratulate the couple and wish the baby a happy and healthy life.