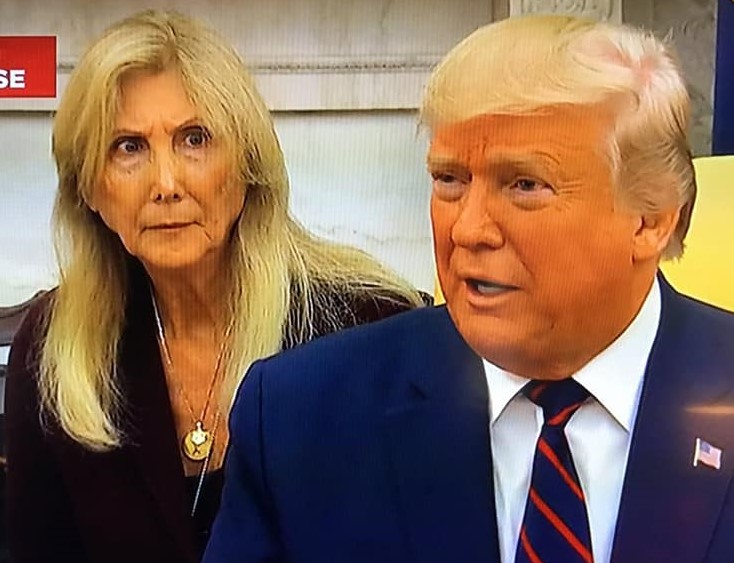 Due to another one of his gaffes, Donald Trump is yet again in the news for all the wrong reasons. In a news that surfaced a few hours ago, Donald Trump referred to the Italian president Mattarella as President Mozzarella, and said the ties between the US and Italy have been thousands of years old.

Reaction of the Italian Translator to Trumps’ comment was just priceless:

Needless to say, the blunder led another storm of memes of Twitter and Facebook, while people saying that they don’t know whether to laugh or cry.

I don’t know whether to laugh or cry at this point. #trumppresser

Donald Trump has been screwing up for too long. And now we have reached a point where nobody can guess what’s real anymore.

That #trumppresser was batshit crazy.
* Trump was slurring his words a lot
* He made the claim that we have been allies with Italy since Ancient Rome.
* He bashed NATO while praising Putin.
* He called the Italian President "President Mozzarella" on multiple occasions.

While, some also said that the Translator was a hero, and she deserved an award for having sit through Trump’s gibberish – and not only she had to listen to all it with complete attention, she had to process it, and translate it into non-gibberish Italian. Not only her reactions were hilarious, it also showed us how tough the job is for translators who work with such buffoons of politicians.

The look of the White House Italian translator as Trump says President Mozzarella for the Italian President and says U.S. and Italy have been allies since Ancient Rome. Hot fucking damn pic.twitter.com/ecrIaRFvOI

While some “fact-check” websites have denied that Trump was talking about US and Italy ties being thousands of years old – and tried to sweep it under the rug of “shared heritage” by saying that Trump didn’t say it because US did not exist back then. Well, duh!

It is no denying that the only shared heritage that Trump is talking about is the association of the Caucasian race that has been a common element relating ancient Europe to modern day US.

If Trump or any “fact-checking specialists” don’t see the undertones of racism and white supremacy in this comment, while not realizing that the modern US and even ancient Roman empire were the hubs of diverse races and cultures – and there has really been no ties and no connection between the two nations.