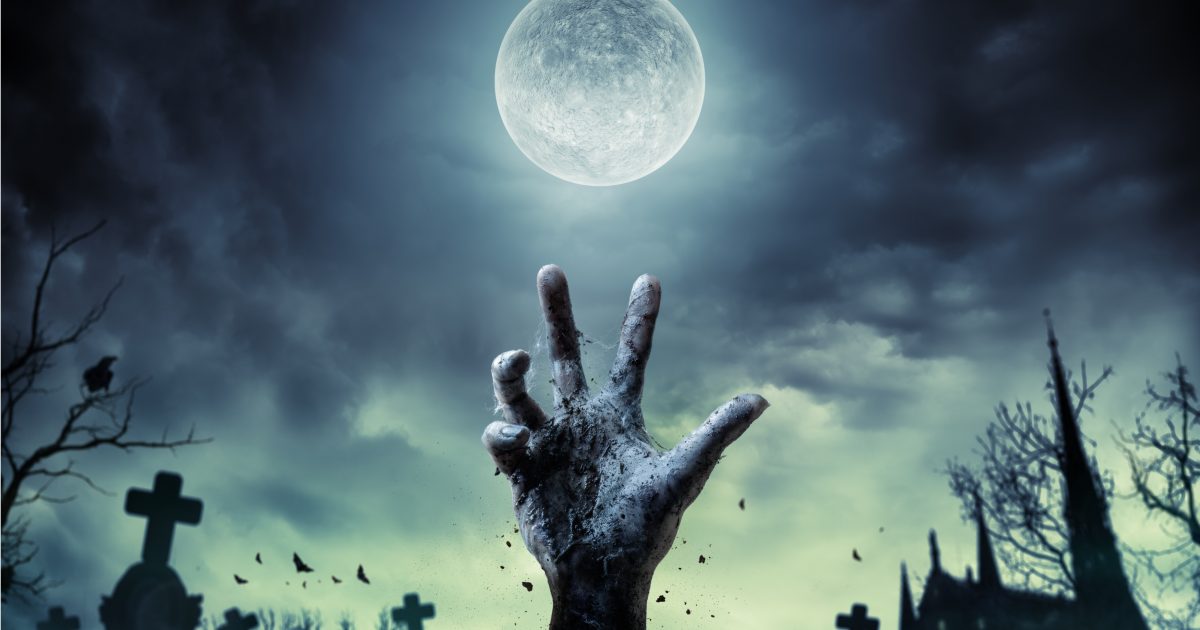 As you wake up today, and later in night as you get back into bed – the world will be witnessing a rare, spooky phenomena that won’t be seen for another 30 years. A rare, full micro-moon will rise tonight that also happens to be the scariest night of the year, Friday the 13th.

And even though the full moon of September is considered lucky, what would happen if it falls on Friday the 13th? If you have seen those horror movies with haunted houses and howling black cats, you’d already know half the story.

Here, we share 13 astonishing facts about Friday the 13th of today that also brings out a haunted micro-moon of harvest:

#1. Most feared day and date in history

Almost 21 million people in America fear this day, according to a data report by Stress Management Center & Phobia Institute, North Carolina. Most people disrupt their lifestyle on this day, by not going to work, not doing their routine things, some of them don’t even get out of bed!

On this day, business and trade losses mount up to $900 million because people don’t make important decisions, according to a historian who revealed this info to National Geographic. Hotels, airlines, resorts also go in losses because people don’t start their journey on Friday the 13th.

#3. Fear of Friday the 13th comes from The Bible

There are several origin stories behind the fear of Friday the 13th, but the most prominent one has its roots in the Biblical myths. It is said that Jesus was crucified on a Friday, and on the Last Supper there were 13 guests! Well, 13 is already considered an unlucky number.

Many hospitals, hotels, office buildings, residential complexes do not even have any floors or apartments numbered 13. In fact, in many places all over the world, people do not consider it nice to have 13 people sit together on a dining table. Last Supper, anyone?

#5. Why is the number 13 considered unlucky?

The fear and superstition behind the number 13 is almost universal, except in Italy where 17 is considered ominous and 13 is seen as lucky! One of the reasons is that the number 12 has been seen worldwide as a complete and auspicious number – almost every culture and every tribe has observed 12 months in a year and 12 signs of the zodiac. 13 just seems like a jutting outcrop, an obstinate intruder.

#6. Full moon on Friday the 13th is an extremely extremely rare occurrence

This will be only the second time in this millennium that the full moon will rise on a Friday the 13th. First time it had happened was in 2000, and the next one will be after 30 years! On an average, this happens once in 20 years.

#7. This one is a Micromoon, opposite of a Supermoon

The full moon of Friday the 13th is 14% smaller and 30% dimmer, since the moon is now at the farthest distance from Earth. It is called the Micromoon, opposite of a Supermoon.

#8. Full Moon of September is auspicious, but this time it’s on Friday the 13th

Throughout the history, full moon rising in September has been cherished and cheered by farmers. It is also nicknamed as the Harvest Moon because the moonlight in the night helps the farmer in harvesting the crops during night. Farmers see the September moon as pure and auspicious. But this time, it’s on a date that is considered ominous and ill-fated – Friday the 13th!

If a month has Friday the 13th in it, the first date of that month is always a Sunday. Hard to believe? Go check the calendar.

#10. 52% more risk of injury and hospitalization on this day

British researchers in 1990 discovered that even though very less people travel on this day, there is an increased risk of getting into accidents and getting hospitalized. Almost by +52%!!! Well, you know what they say, if you are afraid that things will go wrong, then things will go wrong.

What?! Oh, that’s what we call the fear of Friday the 13th. While the fear of the number 13 is called triskaidekaphobia, and not fear of triscuits due to their sharp edges as Ross Geller would have you believe.

#12. Friday the 13th has created one of the highest grossing film series

Multiple horror films, shows, books, and comics have been created based on the fear of Friday the 13th – and even though they have been collectively panned by critics, they still have garnered huge sum of money and a massive fan following. And we all know Jason Voorhees from the picture above, and that has even led to the famous “hiding from a serial killer” meme.

The asteroid 99942 Apophis was discovered in 2004, with a small chance of colliding into Earth on 13th April 2029 – which happens to be a Friday. Scientists have been continuously revising their findings, and now the general consensus is that the asteroid will just casually whizz past us into oblivion.