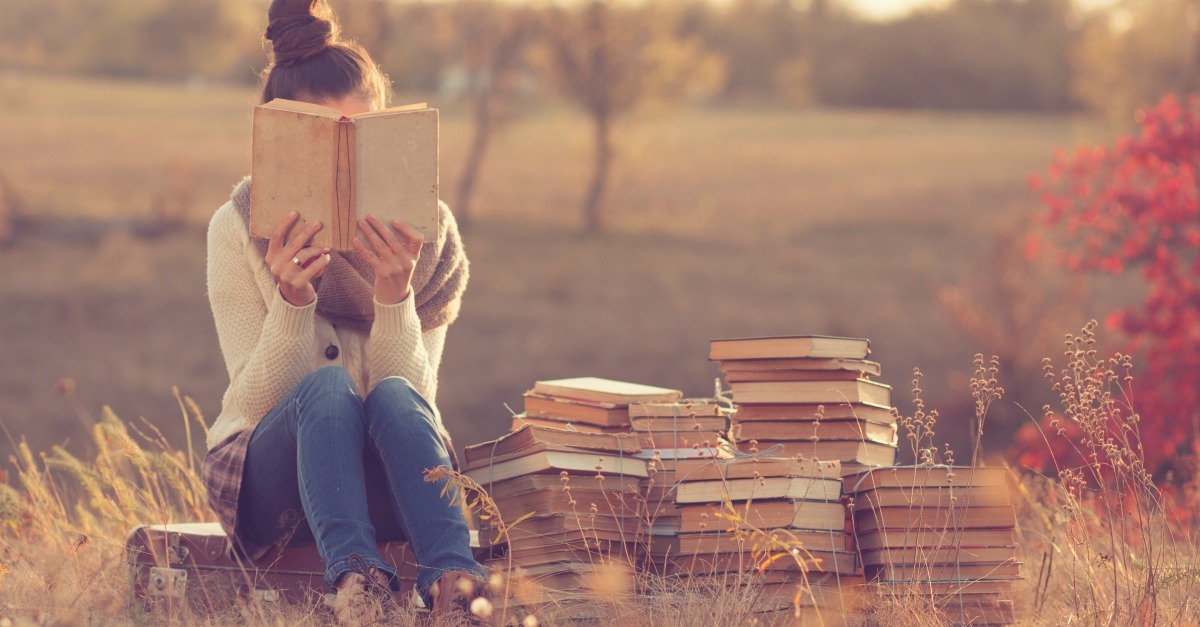 We all need friends who would be there for us when needed and who would understand us without being judgemental. And books can be our best friends for life, for all the right reasons. Good books enrich our minds and broaden our perspective towards life. What’s more, one can never feel lonely in the company of books.

Here we have listed down the top ten classic books of all the time. They’ve withstood the passage of time to bewitch countless readers all over the world. 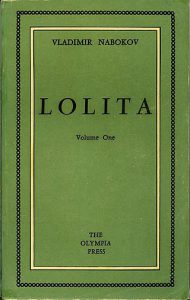 Lolita is a 1955 novel written by Russian-American novelist Vladimir Nabokov. The novel is notable for its controversial subject: the protagonist and unreliable narrator, a middle-aged literature professor under the pseudonym Humbert, is obsessed with a 12-year-old girl, Dolores Haze, with whom he becomes sexually involved after he becomes her stepfather. “Lolita” is his private nickname for Dolores. The novel was originally written in English and first published in Paris in 1955 by Olympia Press. Later it was translated into Russian by Nabokov himself and published in New York City in 1967 by Phaedra Publishers. 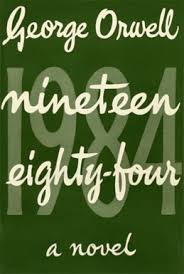 It was published on 8 June 1949 by Secker & Warburg as Orwell’s ninth and final book completed in his lifetime. Thematically, Nineteen Eighty-Four centres on the consequences of government over-reach, totalitarianism, mass surveillance, and repressive regimentation of all persons and behaviours within society. More broadly, it examines the role of truth and facts within politics and their manipulation.

3) The Catcher in the Rye 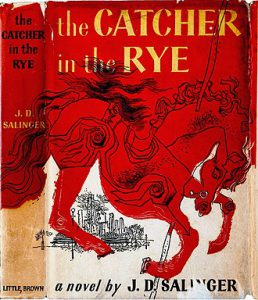 The Catcher in the Rye is a novel by J. D. Salinger, partially published in serial form in 1945–1946 and as a novel in 1951. It was originally intended for adults, but is often read by adolescents for its themes of angst and alienation, and as a critique on superficiality in society. The novel also deals with complex issues of innocence, identity, belonging, loss, connection, sex, and depression.

4) The Lord of the Rings

The Lord of the Rings is an epic high-fantasy novel written by English author and scholar J. R. R. Tolkien. The story began as a sequel to Tolkien’s 1937 fantasy novel The Hobbit, but eventually developed into a much larger work. Written in stages between 1937 and 1949, The Lord of the Rings is one of the best-selling novels ever written, with over 150 million copies sold. 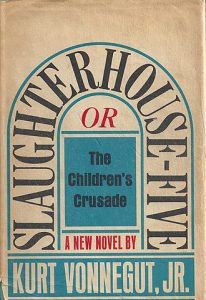 Slaughterhouse-Five, or The Children’s Crusade: A Duty-Dance with Death is a science fiction-infused anti-war novel by Kurt Vonnegut, first published in 1969. It follows the life and experiences of Billy Pilgrim, from his early years to his time as an American soldier and chaplain’s assistant during World War II, to the postwar years, with Billy occasionally traveling through time itself. The text centers on Billy’s capture by the German Army and his survival of the Allied firebombing of Dresden as a prisoner of war, an experience which Vonnegut himself lived through as an American serviceman. 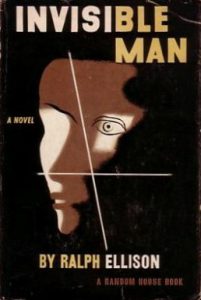 Invisible Man is a novel by Ralph Ellison, published by Random House in 1952. It addresses many of the social and intellectual issues faced by the African Americans in the early twentieth century, including black nationalism, the relationship between black identity and Marxism, and the reformist racial policies of Booker T. Washington, as well as issues of individuality and personal identity. 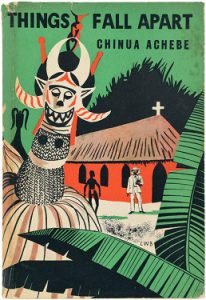 Things Fall Apart is the debut novel by Nigerian author Chinua Achebe, first published in 1958. Its story chronicles pre-colonial life in the southeastern part of Nigeria and the arrival of Europeans during the late 19th century. It is seen as the archetypal modern African novel in English, and one of the first to receive global critical acclaim. It is a staple book in schools throughout Africa and is widely read and studied in English-speaking countries around the world. The novel was first published in the UK in 1962 by William Heinemann Ltd., and became the first work published in Heinemann’s African Writers Series. 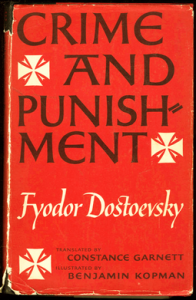 Crime and Punishment is a novel by the Russian author Fyodor Dostoevsky. It was first published in the literary journal The Russian Messenger in twelve monthly installments during 1866. It was later published in a single volume. It is the second of Dostoevsky’s full-length novels following his return from ten years of exile in Siberia. Crime and Punishment is considered the first great novel of his “mature” period of writing. Since its publication, it has been acclaimed as one of the supreme achievements in world literature. 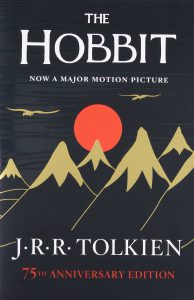 The Hobbit, or There and Back Again is a children’s fantasy novel by English author J. R. R. Tolkien. It was published on 21 September 1937 to wide critical acclaim, being nominated for the Carnegie Medal and awarded a prize from the New York Herald Tribune for best juvenile fiction. The book remains popular and is recognized as a classic in children’s literature. 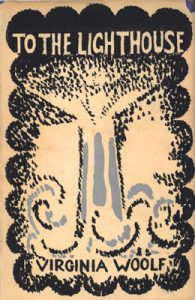 To the Lighthouse is a 1927 novel by Virginia Woolf. The novel centres on the Ramsay family and their visits to the Isle of Skye in Scotland between 1910 and 1920.Following and extending the tradition of modernist novelists like Marcel Proust and James Joyce, the plot of To the Lighthouse is secondary to its philosophical introspection. Cited as a key example of the literary technique of multiple focalization, the novel includes little dialogue and almost no action; most of it is written as thoughts and observations. The novel recalls childhood emotions and highlights adult relationships. Among the book’s many tropes and themes are those of loss, subjectivity, the nature of art and the problem of perception.