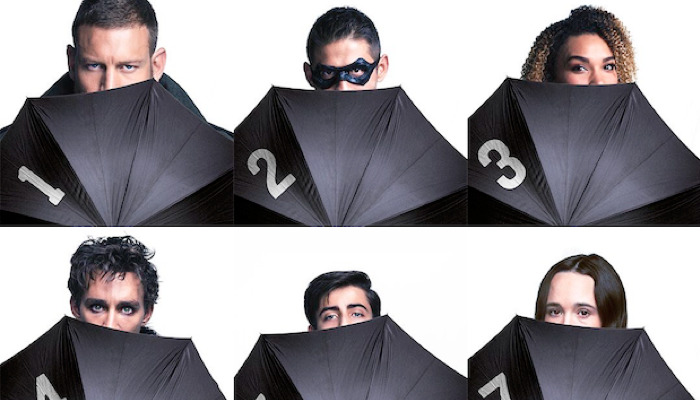 Netflix just dropped their next dose of awesomeness. Penned by former, My Chemical Romance Frontman, Gerard Way and illustrated by Gabriel Bá, The Umbrella Academy has now come to life.

The series has caught on very well with the audience, right from its teaser. What’s gone viral about Umbrella Academy is the insanely awesome dance that all the characters break out into.

Minutes into the teaser trailer, we see siblings break out into a dance. The camera spans out of each of the siblings’ rooms, finally spanning out of a close up of number seven, Ellen Page, only to show a cross-sectional view of the academy with each of the siblings dancing in their private space.

I’m very proud of that shot. When I was rewriting the pilot script, I put that in. No one understood it, but I just said, look, it’s one thing to see them dancing in their own rooms. But when you sort of put it in the perspective of a dollhouse, where you pull back and see that they’re all doing the same thing, it brings a micro back to a macro. They’re siloed off, but they’re all together in the same house. It’s a fully VFX shot. We shot them all individually in their own rooms in green screen, and our VFX people did an incredible job of creating that shot, which is fully CG and animated. It just does something to see them from the dollhouse perspective, it brings you into a new perspective of how this family works. In my mind it shows you they’re all together, but they’re alone, but somehow they’re gonna make this work. I really loved it and I pushed hard for it. It wasn’t until people saw it they understood what it did. It’s just a beautiful perspective of a family, apart yet still together. It’s a very tricky shot to do, and it took a lot of extra effort. We also threw in lots of extra bits and Easter eggs that you might notice when you watch it a second time.– Steve Blackman

Get ready to be sucked into the Umbrella Academy universe

Everyone can relate to the moment when you shut the door of your room, and maybe you haven’t been in your childhood home for years, and it brings you back to being a kid.They think they’re so different, but in that one moment, with that one song playing, they’re all dancing. They think no one else is, but they’re all doing the same thing. Deep down, they’re all desperate for the same thing, which is acceptance and being a part of a family again. If only they could just take a minute to tell each other! But they won’t, and that’s the fun of the show, seeing if maybe one day they’ll figure it out and also possibly save the world.– Steve Blackman

Overall, critics view the show as one that is very family oriented. The dysfunction, co-dependency, love, sibling-hood, fights, squabbles and of course, saving the world together, is something we’re all loving to the core.