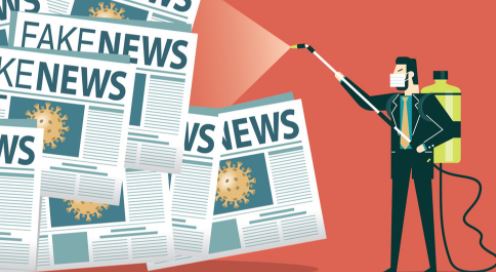 Social media nowadays is full of misinformation & fake news and surprisingly our maximum number of the population reads, believes, digests, and relies on fake messages and posts they read or watch on WhatsApp, Facebook, and YouTube. To end the whole confusion, Google has shared 5 tips to ascertain the difference between fake and real news on International Fact-Checking day which falls on April 2. Read on to know about the tips.

Before jumping to the tips lets under What Is Fake News?

There are two kinds of fake news:

What Could Be The Source Of The fake News?

Fake News isn’t a new term for us we hear the rumors about celebs, health issues, and even global issues on daily basis and the major source of this is SOCIAL MEDIA. Social media platforms allow almost everyone to publish their thoughts or share stories with their followers. The concern is, most people don’t even check the source of the information before they share it, which can lead to fake news spreading quickly or even “going viral.”

Word of mouth( an offline source of Fake news), as we all know this is one of the most dangerous things in the world. It can either turn things constructively or may destroy a relationship entirely.

For instance, Co-workers who gossip by the water cooler or cafeteria don’t usually check the facts before sharing it which ultimately leads to the spreading of misinformation, even if involuntarily.

— Check if an image is authentic: There are multiple pictures that are forwarded on WhatsApp and Facebook that are not genuine or tend to mislead people. Google notes that users can check if an image is authentic by right-clicking on a photo and selecting “Search Google for Image.” Mobile users can do the same by touching and holding the image for some time. Google will then check if the image has appeared online before and the context in which it appeared.

— Look for more than one source: Google notes that users can check for the full coverage of a news piece if they switch to news mode or search for a topic in Google News. Users can click on full coverage to see the news outlets that have covered the news.

— Use Google’s fact-checker: Google users can type in a keyword and look for claims made by news publication and fact checks listed by Google. Users who wish to look for an elaborate fact check search for a topic in the Fact Check Explorer, which according to Google collects more than 100,000 fact checks from reputable publishers around the world.