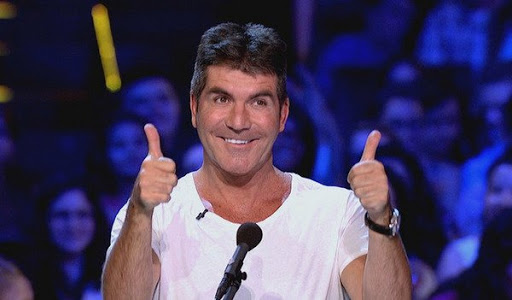 People know Simon Cowell as the famous judge of shows like American Idol, America’s Got Talent, and The X Factor. He has the reputation for being snarky, snobby, and a hard-to-please judge. But there are other much darker and horrifying sides to his life.

Which is why a lot of people on Twitter were really glad when they found that for some reason #RIPSimonCowell was trending.

But what really happened? Why was this trending? And why would Simon Cowell’s death is something people would wish for?

People saw it on Wikipedia first

Ok but why does google actually say “Simon Cowell WAS”!!!! #ripSimonCowell pic.twitter.com/tMlCllcxsn

But it turns out that he was still alive, and the hashtag was part of an elaborate “cancel plan” created by twitter users to bring attention to Simon Cowell’s sins.

What are Simon Cowell’s sins? 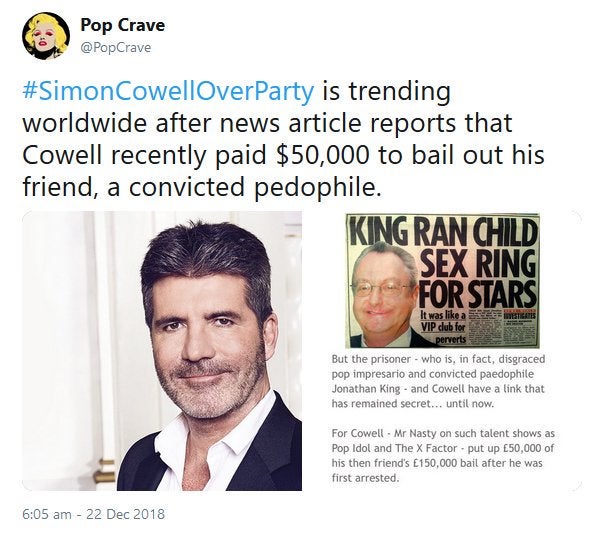 Simon Cowell is an old friend of Jonathan King, and why is Jonathan King problematic? Jonathan King is a convicted rapist and pedophile who raped many teenage boys and then blamed the boys themselves for getting trapped by him.

Jonathan King also said that he believes in following his own morality, and his own morality is what really matters to him. He even gave a statement in which he said that the only apology he had for all the rapes he committed is that he was too good at seduction.

Simon Cowell is not only friends with Jonathan King, but he also paid $50,000 for his bail when he was convicted of pedophilia and rape.

Twitter users wanted to bring attention to this issue

To throw light on this issue and other horrible things that Simon Cowell does on a regular basis, the twitter users started this hashtag along with asinine comments: “#ripSimonCowell he’s not dead but he’s a deadbeat a*****e,” and another said, “#RipSimonCowell this is a joke!! it started on jojotwt as a joke between friends! he’s still alive, I’m sure, in case anyone was wondering.”

“Wondering if he’s been cancelled for bailing out his paedo mate #ripSimonCowell or if peeps have found out why Tulisa trial got kicked out as soon as she brought his name into it.”

Others just wanted to prank him

Many twitter users considered this an elaborate troll and just asked the people to imagine how Simon Cowell would feel if he opens Twitter and sees the hashtag about his death.

There were obviously no media reports about this incident, and the only thing that existed was a viral hashtag on twitter and an edited Wikipedia page.

How to know if a death news is real or not?

Death hoaxes have been common throughout history, it has become even easier to spread them during the Internet era. In the past, internet users have spread death rumours about legendary actor Jeff Goldblum and Dwayne “The Rock” Johnson.

The best way to identify death hoaxes is via “bait text” which is a common part of most clickbait stories and comes in a very identifiable pattern so that you can always recognize it whenever you see it.

And the users should spend at least one minute to think about and to verify if such hashtags and viral news pieces are actually true.