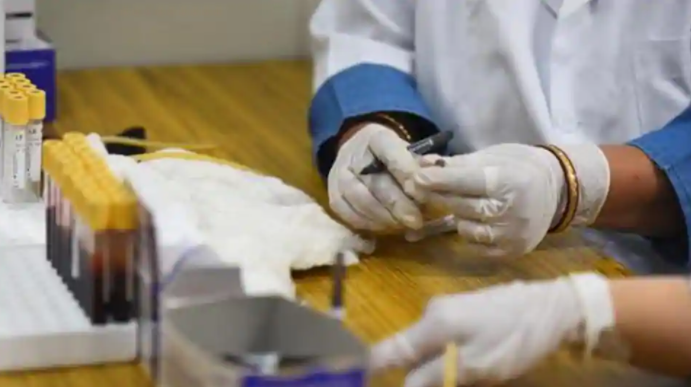 Where the 3rd wave of Covid-19 has hit Delhi badly, Kashmir has found antibodies in approximately 39% of its population.

This simply means that 39% of people in Kashmir have already had Coronavirus and got better without treatment because the healthcare system is broken due to the seize of Kashmir which has lasted for more than a year.

A sero survey conducted in Kashmir has found that two out of every five people in the valley have developed antibodies against the coronavirus.

The survey carried out in October found the highest prevalence of antibodies in Pulwama at 43.1 per cent and the lowest in Kulgam at 28.5 per cent.

“We conducted a sero survey in all 10 districts of Kashmir which has revealed that nearly 39 per cent of the 6,200 persons tested negative but had developed antibodies,” said Dr. Muhammad Salim Khan, head of community medicine at Government Medical College here.

He said the survey was carried out in October on the heels of an exercise in Srinagar which had thrown up almost identical results.

Blood samples were collected from a total of 6,230 persons of which 2,415 tested positive for the Covid antibodies. “From each district,400 samples were taken while earlier, we had taken 2,418 samples in Srinagar district which were tested for the presence of IgG antibodies specific to SARS COV-2 infection in Abbott Laboratories’ Architect analyser by Department of Biochemistry GMC Srinagar, “ Khan said.

District-wise Break Up Of The Results

Giving the district-wise break up of the results, Dr. Khan said Pulwama recorded the highest prevalence of antibodies in 43.1 per cent of the survey population, followed by 43 per cent in Budgam, 42.3 per cent in Kupwara, 40.7 per cent in Srinagar, 39.8 per cent in Bandipora and 39.0 per cent in Ganderbal.

Anantnag (35.2 per cent), Baramulla (34.6 per cent), Shopian (31.9 per cent) and Kulgam (28.5 per cent) recorded lower than average prevalence of antibodies among the surveyed population,” he said.

The first step survey was conducted in Srinagar in June. It showed the presence of antibodies in 3.8 per cent of the population.

“The trend has been encouraging but it does not mean that (SARS-2) COVID will be defeated at a certain level of the population developing the antibodies. The scientific community is also wary of using the term herd immunity in the absence of a vaccine,” Khan cautioned.

Srinagar is the worst affected district in Jammu and Kashmir with nearly 20,000 people infected and 399 deaths due to the pandemic.