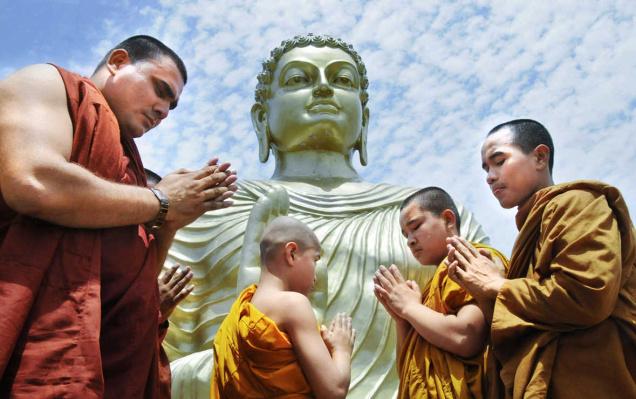 If you’re reading this, then you’ve probably heard of Gautama Buddha and have an idea what it is about. If you don’t, here’s a briefer. Buddha Purnima commemorates the birth anniversary of the legendary teacher, Buddha. Born as Gautama Siddhartha, the enlightened one was once an esteemed prince.

All About Lord Buddha

There’s a lot to say about the magical birth of Lord Buddha. Folklore has it that he was a very special child who appeared to his mother prior conception, like a baby elephant. His mother, the Queen, played with the baby elephant in her dream only to wake up to the fact that she had conceived a baby.

The head predicted that Lord Buddha would either be the greatest king of earth or become a saint who abandons all desires of life. Given the loss of his Queen, Buddha’s father, the King could not bear to lose another pearl his life and kept the young prince from the outside world. Hoping that this life of ultimate happiness within the palace would prevent him from embracing the path of penance.

Well the rest is history as you know it.

Gautama Buddha’s birth anniversary is called Buddha Purnima. It is celebrated on the 18th of May every year. The event holds tremendous significance among believers of the cosmos. Buddha Purnima is quite a celestial event.

Let’s jump in to the secrets

Not just the Indian subcontinent, rather the of Asia celebrates Buddha Purnima religiously on the 18th of May.

2. The Bodhi tree is worshipped on Buddha Purnima

The tree is the spot where Lord Buddha attained enlightenment. Followers worship this Holy tree by lighting lamps all around it and adorning its roots with milk and honey.

3.Buddha Purnima is celebrated in silence and prayer

Unlike the pompous festival of lights, Buddha Purnima is venerated by observing . people do decorate their homes, however, they do so much prior to the festival. silence and humbleness is the way Buddha Purnima is honored.

4. Lord Buddha is the Ninth Incarnation of Lord Vishnu

5. Worshipping a baby Buddha statue on this day is consideresd auspicious

Something that works wonders on Buddha Purnima is the worship of a baby Buddha idol. This is said to bring about good fortune in the life of the worshipper.

Aside from being born into the world this day, Buddha Purnima is also the day when Lord Buddha is born into the sea of enlightenment.

Given that all major world-changing events of Buddha’s life being centered on this day; followers know Buddha Purnima to be a day for new beginnings. Lastly, a thoughtful gesture, caged birds are set free by some followers on this day. May this Buddha Purnima be the start of something beautiful in your life too.