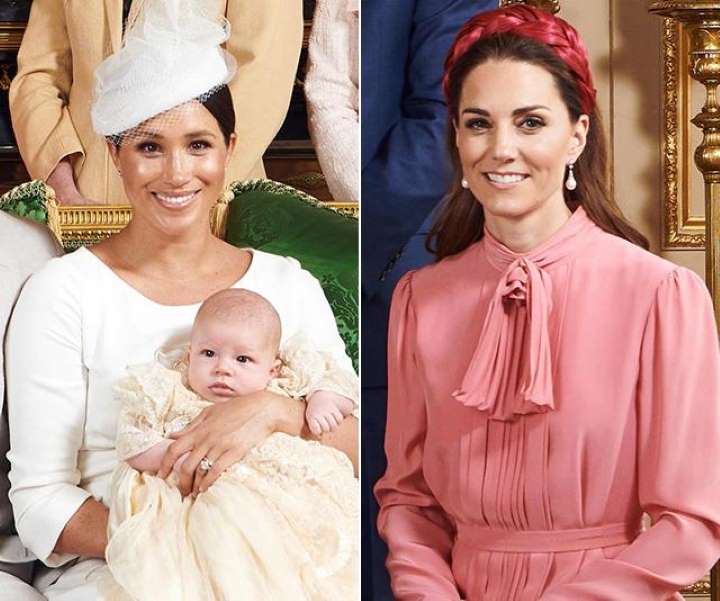 No woman ever goes through the same experience of pregnancy. And, if you are a lady from the royal family, the rules for you are entirely different. Meghan Markle and Kate Middleton had it tough when they were pregnant with the royal babies. They had to follow strict rules that us commoners would find absurd and harsh in a few cases. You will thank yourself for being a commoner because unlike the Duchesses, you can have a baby shower for yourself.

Yes, the royal ladies of the house “fall pregnant”, and not get so. Weird thing, right? That’s how British customs and traditions are. You cannot question the Queen now, can you?

2. Morning sickness in the headlines

During their pregnancies, Kate and Meghan were not spared any comfort when they made public appearances. No matter how swollen their feet were, they still had to tout around in heels. The royals should maintain decorum around their decolletage which means sandals or any revealing footwear is forbidden. However, Meghan Markle took an excuse from this harsh pregnancy rule then and again.

When the feet cannot make an appearance, how are then royal ladies allowed to show their cleavage? It is natural for breasts to enlarge during pregnancy. However, in no way can royal ladies bare any part of their skin during pregnancy. In case you have noticed, Meghan Markle and Kate were always dressed in fully covered maternity fashion.

5. No announcement of baby’s gender

The royal family likes to keep the gender of the baby hush-hush. Another rule in the royal pregnancy book, a royal should not disclose the gender of the baby to the public or the press ahead of their delivery. Princess Diana had not even told her husband, Prince Charles, when she learned that she was going to have a boy at the time of her second pregnancy.

As much as fun baby showers are, the royal mothers are forbidden from having one. To shower the expectant royals is considered a bad taste. Kate Middleton and Princess Diana didn’t get one. However, Meghan chose to have a private ceremony with 15 of her closest friends in New York. Guess who threw her the baby shower. Her good friend, Serena Williams.