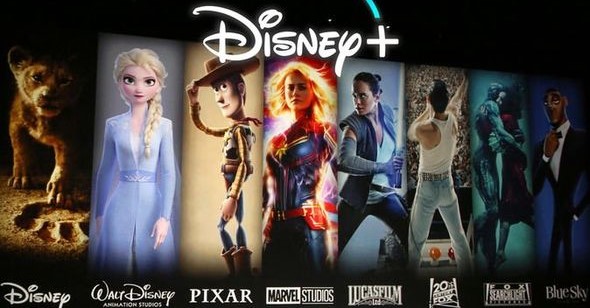 Disney Plus is coming to the world on November 12th, with a blockbuster opening that has made the Netflix CEO shiver. While its subscription fee is significantly lower than Netflix, HBO Max, Amazon Prime and so many more – it also offers a massive catalogue of 600 titles on the first day itself.

We present you everything you need to know about the Disney Plus subscription pricing, a list of all shows and films that are available here, and all the supported devices.

Disney Plus offers everything from Star Wars, Marvel, Pixar, and so much more

Apart from classic Disney films and cartoons, Disney Plus also brings a whole new arsenal of Disney original shows and live-action films to the market. They have also added all the films, shows, and animated series from Marvel; the entire Star Wars catalogue, all the National Geographic documentaries, Pixar films, The Simpsons and so much more!

Disney also plans to produce original shows and films which will be released exclusively on the app during next year.

Disney Plus offers are better and cheaper than Netflix or Hulu

Unlike Netflix and Hulu, Disney Plus has only one kind of membership – at $6.99 per month, and if you take the annual subscription for $69.99 then it comes out to $5.83 per month. In comparison, Netflix and Prime Video cost about $8.99 per month as a starting price, while HBO Max has a whopping fee of $14.99 per month.

Disney Plus’s basic plan at $6.99 offers 4K, UHD, and HDR streaming for no extra charge. It also offers up to 4 different users on the same account, while also giving you unlimited downloads on 10 different devices.

For comparison, other streaming apps charge extra for using all these facilities. Like Netflix shows 4K only at the highest tier of $15.99. It is announced that all the upcoming Disney originals will be available in 4K.

Which Disney Originals are streaming?

Everything from Disney classics to Modern-day blockbusters

Disney Plus is bringing everything Disney has ever released since 1937, starting with classics like Snow White and the Seven Dwarfs, Bambi, Lady and the Tramp, Cinderella, Sleeping Beauty, Alice in Wonderland, The Lion King and so on. You will find the entire filmography of Disney here, till the recent blockbusters like Tangled, Frozen, Zootopia, Moana etc.

All of the Disney’s animated sequels and spinoffs are available too.

All the shows and films and cartoons from the Disney Channel

Remember every cartoon, every show, and every film that came on the Disney Channel since 1985. All of it is gonna be here – and what better chance than now to relive all the nostalgia and go on a binging spree?

Is there any Pixar movie that you can’t watch here?

Here’s a list of the entire Pixar catalogue that is available on Disney Plus:

As you can see, it includes everything from Toy Story to Wall-E, Monsters Inc to Inside Out – so the entire Pixar filmography is available too.

Every live-action movie produced by Disney in the last 79 years will be on the streaming app. That is about 200+ movies till date since their first release in 1940.

All the Marvel films, the X-Men series, the animated series, Fantastic Four, Wolverine films, The Incredible Hulk series, and the MCU saga are available on Disney Plus.

With a mammoth list of every National Geographic documentary, Disney Plus has already raced miles ahead in terms of providing content that is informative and educational.

In addition, Disney Plus also offers all of the 20th Century Fox movies, and entirety of The Simpsons.

Obviously, you can stream Disney Plus on your browser – but in addition the Disney Plus app is available for Android, Apple, Google devices, and even PlayStation 4 and Xbox One consoles.

Disney and Amazon have recently reached an agreement where it is confirmed that Disney Plus can be watched on Amazon Fire TV as well.

Here is a list of all the supported devices for Disney Plus: