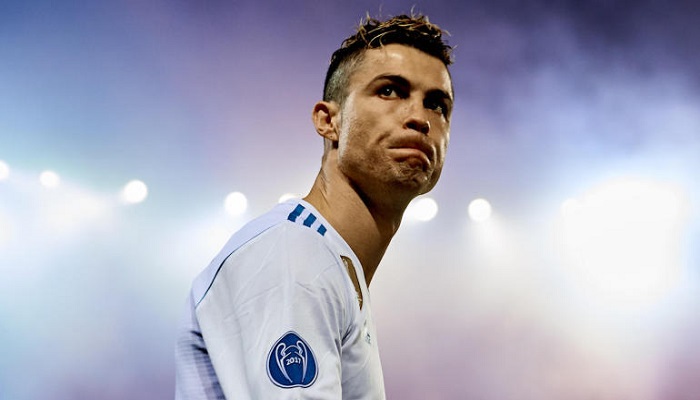 Cristiano Ronaldo is known worldwide for his temper, tantrums, and an overall attitude that makes him hard to handle for not only his agents and managers but his behaviour has often irked his own fans.

One time when Messi was declared FIFA’s Player of the Year, Ronaldo went as far as to skip the event and posted a cryptic post on Instagram.

Transfermarkt is a website that is known for estimating the value of players in the transfer market, and they estimated Ronaldo’s value at £67.5 million.

They say his value is lower because he is getting old

Despite Ronaldo’s impeccable performance at Series A games this season where he has scored 21 goals in 21 games, the website feels his value has declined due to his age. At 35-years old, Ronaldo is way past his prime.

When he transferred from Real Madrid to Juventus in June 2018, his value was placed at £90 million which has now dropped to £67.5 million, as he sits at 37th place in the ranking list.

Ronaldo simply blocked the website on Instagram and now it has lead to footballs fans engaging in hilarious commentary.

A twitter user took screenshots of what happened on Instagram and posted it. Transfermarkt said that they wanted to tag Ronaldo but couldn’t since he has blocked them. 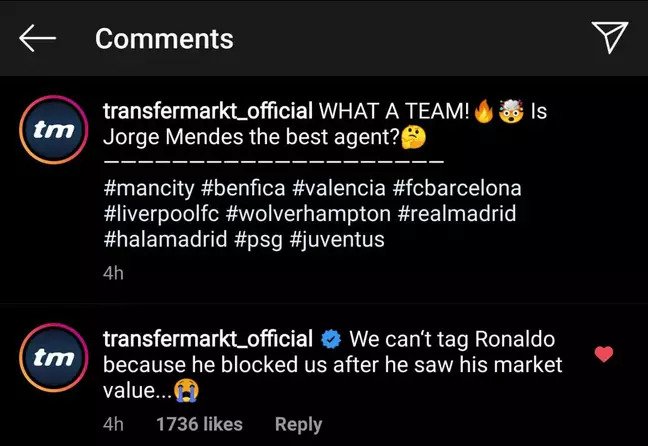 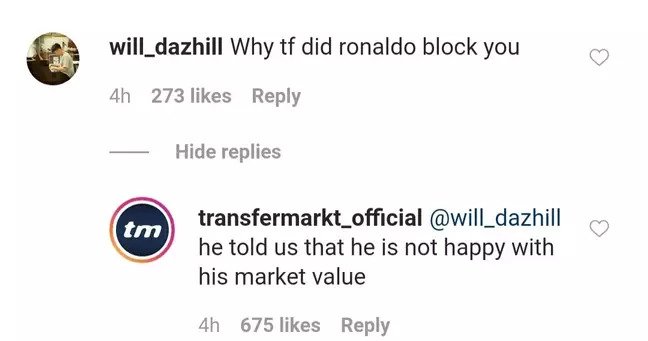 What irked Ronaldo even more is that his Porteguese teammate Bernardo Silva was valued at £100 million.

Perhaps the thing that really salted Ronaldo’s bacon is that Lionel Messi was placed at a £140 million that is more than double of Ronaldo’s £67.5 million.